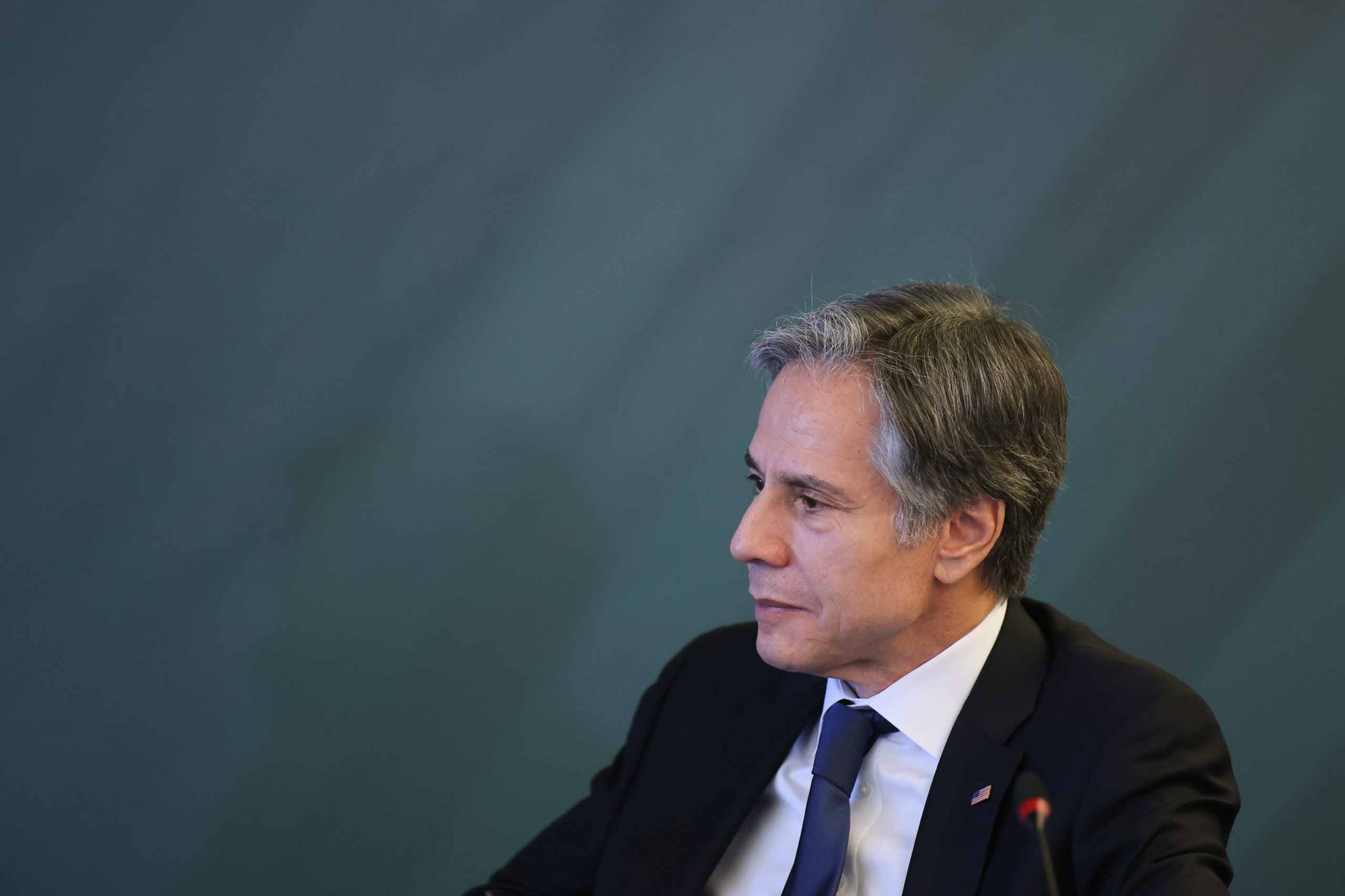 Secretary of State Antony Blinken said Sunday that pulling U.S. troops out of Eastern Europe and committing not to expand NATO to include Ukraine are off the table ahead of planned talks this week with Russia over Moscow’s military buildup along Ukraine‘s border.

But Blinken, speaking to host Jake Tapper on CNN’s “State of the Union,” would not rule out smaller steps such as moving U.S. weaponry in Poland further west, moving missiles and limiting the scope of U.S. military exercises.

“I don’t think we’ll see any breakthrough in the coming week,” Blinken said.

He said the path forward on Russia’s military buildup — the country currently has roughly 100,000 troops stationed near the border with Ukraine, raising alarm among U.S. and its allies who fear an invasion similar to that of 2014 — is entirely up to Russian President Vladimir Putin.

“Look, I can’t tell you whether [an invasion is] likely or not,” Blinken said. “I can tell you this: We’re committed to dialogue and diplomacy to see if we can resolve these challenges peacefully. That is by far the preferable course, it’s by far the most responsible course. But equally, we’re prepared to deal very resolutely with Russia if it chooses confrontation.”

Blinken stressed that progress must be reciprocal, with both sides taking steps to address the other‘s concerns, but added it’s hard to see making progress “with a gun to Ukraine’s head.” He said any actions taken would be in coordination with NATO allies, though President Joe Biden previously ruled out at that time unilaterally sending American troops to the region in conflict.

He also said potential consequences for a Russian invasion would include “things that we’ve not done in the past” to counter previous aggression from Moscow, like economic and financial measures.

“I’m not going to telegraph the details, but I think Russia has a pretty good idea of the kinds of things it would face if it renews its aggression,” he said.

The secretary of State suggested that Putin’s own actions had created the crisis he claims to be confronting. For instance, Blinken said, in 2014 about 25 percent of Ukrainians supported the country joining NATO. Since Russia’s 2014 annexation of Crimea, that number has jumped dramatically. Also, after 2014, NATO felt compelled to put more equipment and forces closer to Russia.

Speaking on ABC’s “This Week,“ Blinken said this crisis wasn’t just about Ukraine, which had been part of the Soviet Union until it was dissolved in 1991.