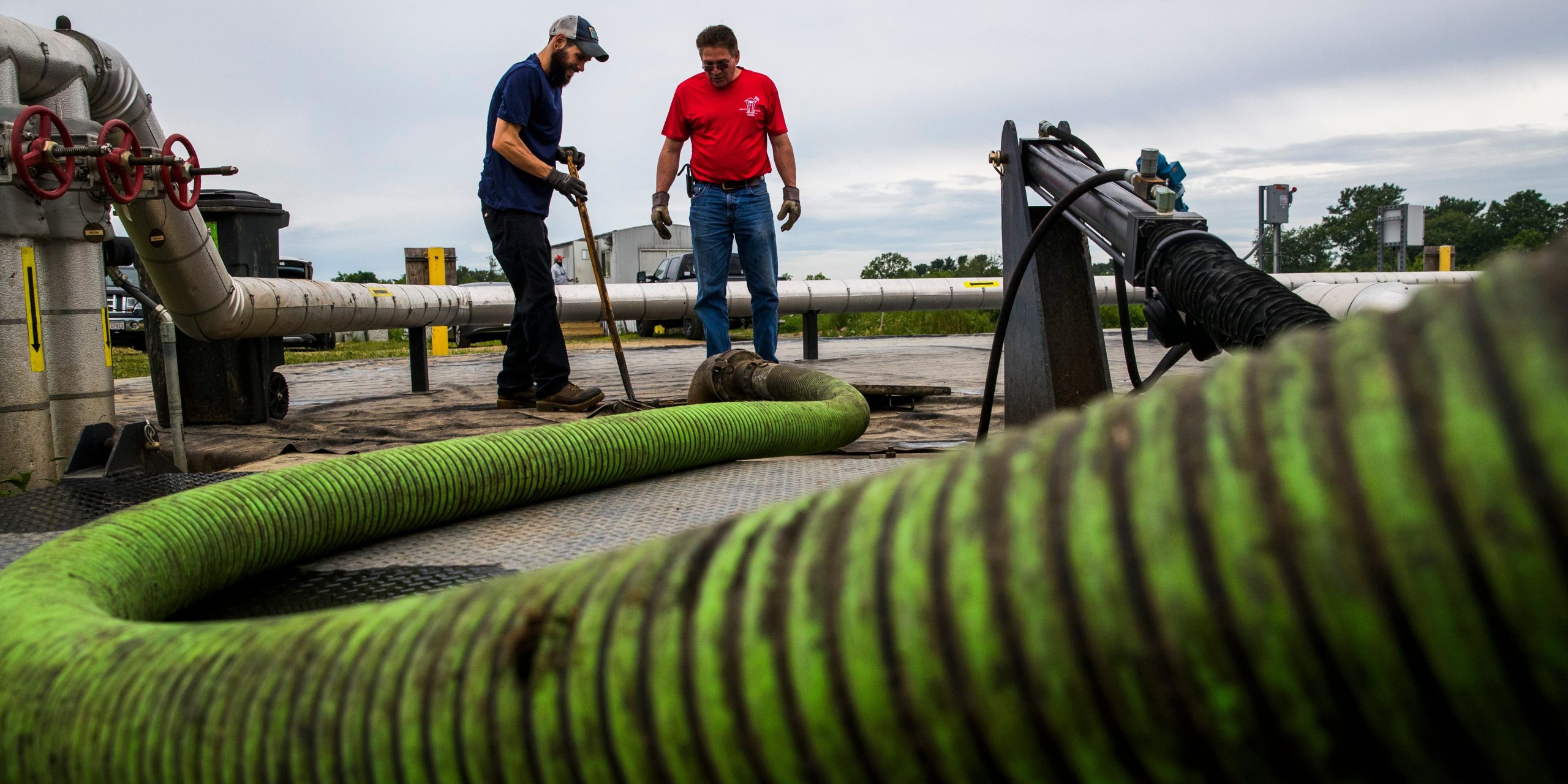 Technician David Sandstrom of Vanguard Renewables works with Frank Lopez of Chase/Harris Septic Corp to pump waste into the anaerobic digester at the Jordan Dairy Farms Heifer Facility in Spencer, MA on June 5, 2020.

BlackRock purchased Vanguard Renewables, a company that utilizes a combination of farm and food waste to produce renewable natural gas, for $700 million on Wednesday.

The deal puts a spotlight to the natural gas industry, which has seen a surge in demand for the commodity amid a global energy crisis exacerbated by record-breaking temperatures in Europe and supply constraints stemming from Russia’s war in Ukraine.

Vanguard Renewables counts Ben & Jerry’s and Chobani as it customers, turning their food waste into renewable natural gas using anaerobic digesters. The digesters help facilitate the process of breaking down waste in the absence of oxygen, which ultimately turns it into a fuel. The byproduct of the process can then be used as fertilizer.

“Renewable natural gas is an attractive and fast-growing market that provides decarbonization solutions for both the provider of the waste, as well as the natural gas consumer,” BlackRock’s head of diversified infrastructure, Mark Florian, said.

Renewable natural gas is a nascent market, but it has garnered increased interest from companies like Waste Management in recent years. The garbage company recently announced an expansion of its initiative to convert methane collected from its garbage landfills into renewable natural gas that’s then used to powers its garbage trucks.

Vanguard Renewables was founded in 2014 and partnered with Dominion Energy in 2019 to develop its renewable natural gas operations. BlackRock is purchasing Vanguard Renewables from Vision Ridge Partners via one of its real assets funds.

BlackRock is purchasing Vanguard Renewables from Vision Ridge Partners via one of its real assets funds.

BlackRock could ultimately spend more than $1 billion to fuel the expansion of Vanguard Renewables, company sources told The Wall Street Journal. That expansion includes plans to build more than 100 anaerobic digesters that would produce renewable natural gas across the country by 2026.