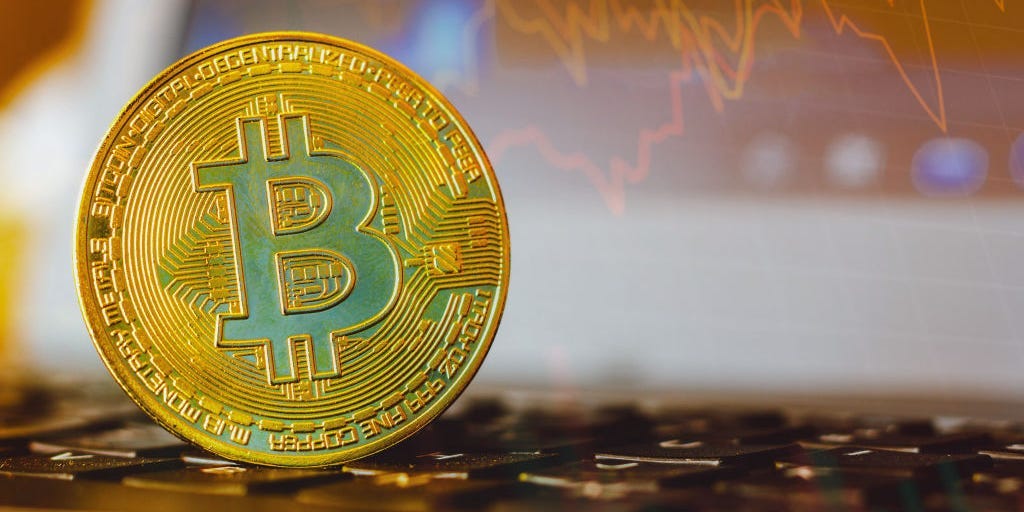 Bitcoin slipped to a three-month low Friday on jitters over the Federal Reserve’s recent hawkish policy outlook and political upheaval in oil-rich Kazakhstan.

The price world’s biggest cryptocurrency by market value fell as much as 4.9% to $41,008 on Friday. Bitcoin has now tumbled 11% in the last three days, and sits roughly 40% its record high of $69,000 reached in November.

“Bitcoin is testing another layer of technical support between $39,600 to $41,700 after breaking prior multi-week support around $45,500 with ease on Wednesday, Nicholas Cawley, strategist at DailyFX, told Insider via email.

He continued: “From a technical angle, bitcoin looks oversold in the short-term and this may prop prices up going into the weekend, but a confirmed break below $39,600 would likely trigger further selling down to $37,500.”

Other coins were also trading lower. Ethereum, the second-biggest token, had plunged more than 9% to $3,114. Solana tumbled roughly 7%, and binance coin traded about 4% lower.

The crypto sell-off began Wednesday after the Fed released hawkish minutes from its December meeting, which signaled that the US central bank could tighten monetary policy faster than previously expected.

This outlook affects cryptos and other volatile assets as more traditional investors may want to flock to investments that entail fewer risks.

“This is a healthy pullback as all markets look to readjust to new monetary policies and inflation concerns,” Chris Kline, COO and co-founder of Bitcoin IRA, told Insider. “Inflation is not going away anytime soon and investors are looking to protect themselves from higher prices and rapidly changing economic conditions, and see crypto as a potential hedge.”

Meanwhile, political unrest continued in Kazakhstan, causing a decline in bitcoin’s global computing power. This happened after the internet was shut down nationwide.

Hours after the internet went down, bitcoin’s hash rate dropped 12%, Larry Cermak, VP of research at The Block, said in a tweet.

Kazakhstan became the world’s second-largest center for bitcoin mining last year after China, which used to be the main hub, clamped down on crypto mining, according to data from the Cambridge Centre for Alternative Finance.

“The hash rate is not directly correlated to the price of bitcoin, but it gives an indication of the network’s security, so a fall can spook investors in the short term,” Marcus Sotiriou, analyst at digital asset broker GlobalBlock, said in a note Thursday.

Read more: Top 3 cryptos to buy in January: A seasoned trader shares the projects he believes will see the highest price peaks this month and the technical analyses behind them