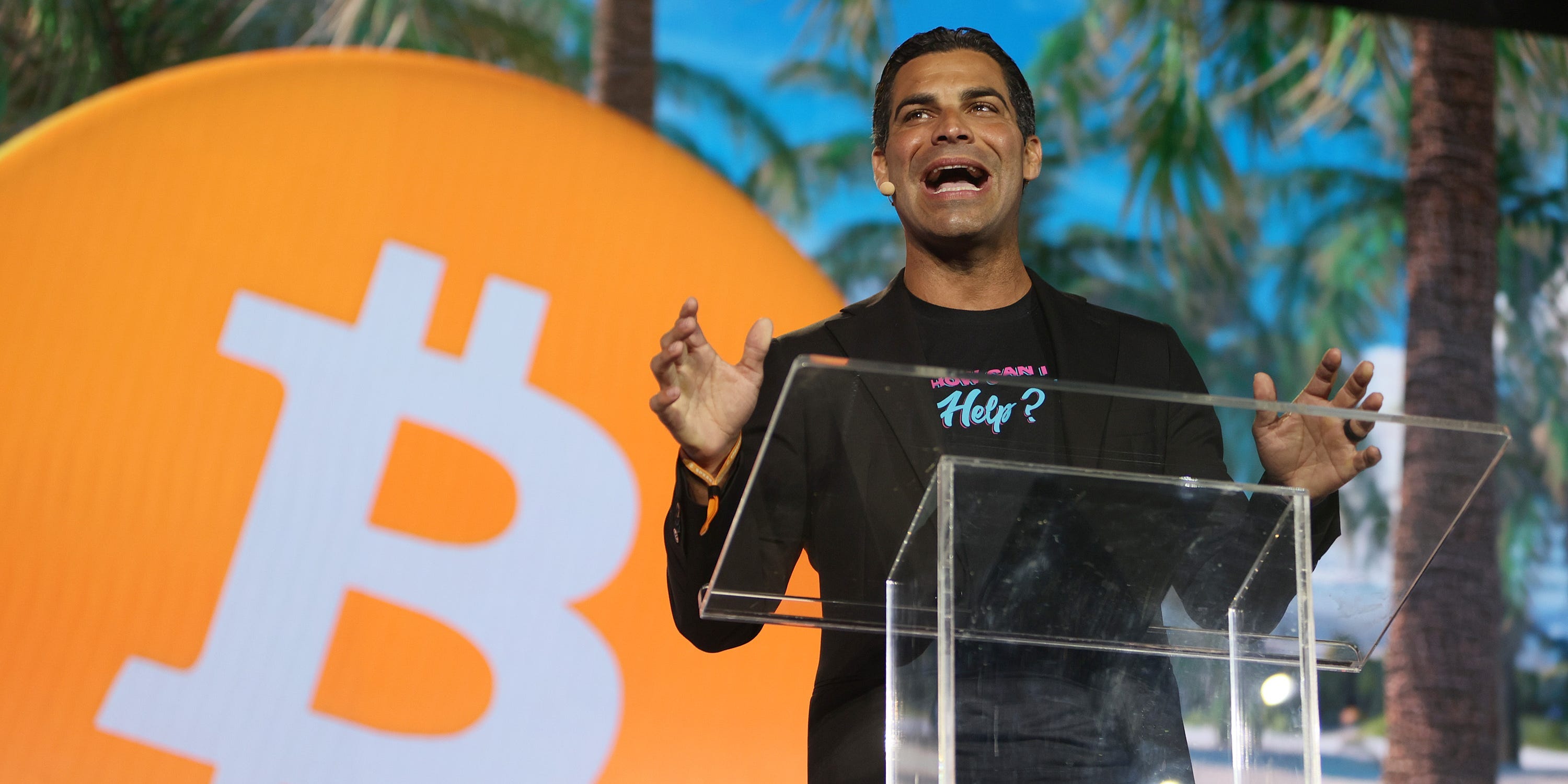 Francis Suarez, the bitcoin-loving mayor of Miami, asked city leaders across the US to sign a crypto pact to help foster innovation and tackle ballooning inflation.

In a Monday speech in which he accepted his role as the new president of the US Conference of Mayors, Suarez said the rate of tech “disruption” is accelerating, and cities need to embrace it, not turn it away like many countries, including China, have.

“I’m going to ask my friends, my brothers and sisters, the mayors of this country to sign on to a mayoral crypto compact, because we need to lead in the absence of leadership,” he said. “We need to make sure that a generation of prosperity and innovation is not lost because of a lack of innovative spirit.”

Suarez also pointed to regulators, which have been cautius on the crypto space even as it ballooned to new heights last year.

“We need to make sure that our regulatory system embodies success into the future instead of stifling success,” Suarez said in his speech. He didn’t specify what all the compact would include.

US regulators like the US Securities and Exchange Commission have been hesitant to approve crypto products, such as bitcoin exchange-traded funds, because of a lack of investor protections. The SEC did, however, allow several bitcoin futures ETFs to begin trading last year, citing a 1940 law that allowed for it.

Congress, for its part, has questioned crypto industry leaders on the technology but have yet to approach the space with legislation. Bitcoin Evangelist and US Senator from Wyoming Cynthia Lummis has said she plans to introduce a comprehensive crypto bill in the new year, which would be one of Congress’ first attempts at creating broad rules.

Suarez said that Miami has relied on crypto investments as a way to fight inflation, which is at a nearly 40-year high.

People are “losing purchasing power every single day, and they’re not earning interest, which is why they’re seeking alternative investments like crypto,” he said.

Suarez has been working to build Miami up as a crypto hub. Crypto companies have moved their headquarters and set up offices in the city. The Miami Heat’s stadium last year was renamed the FTX Arena. Suarez has pledged to take his paycheck in bitcoin and has helped established a city cryptocurrency that will pay its residents a bitcoin yield.