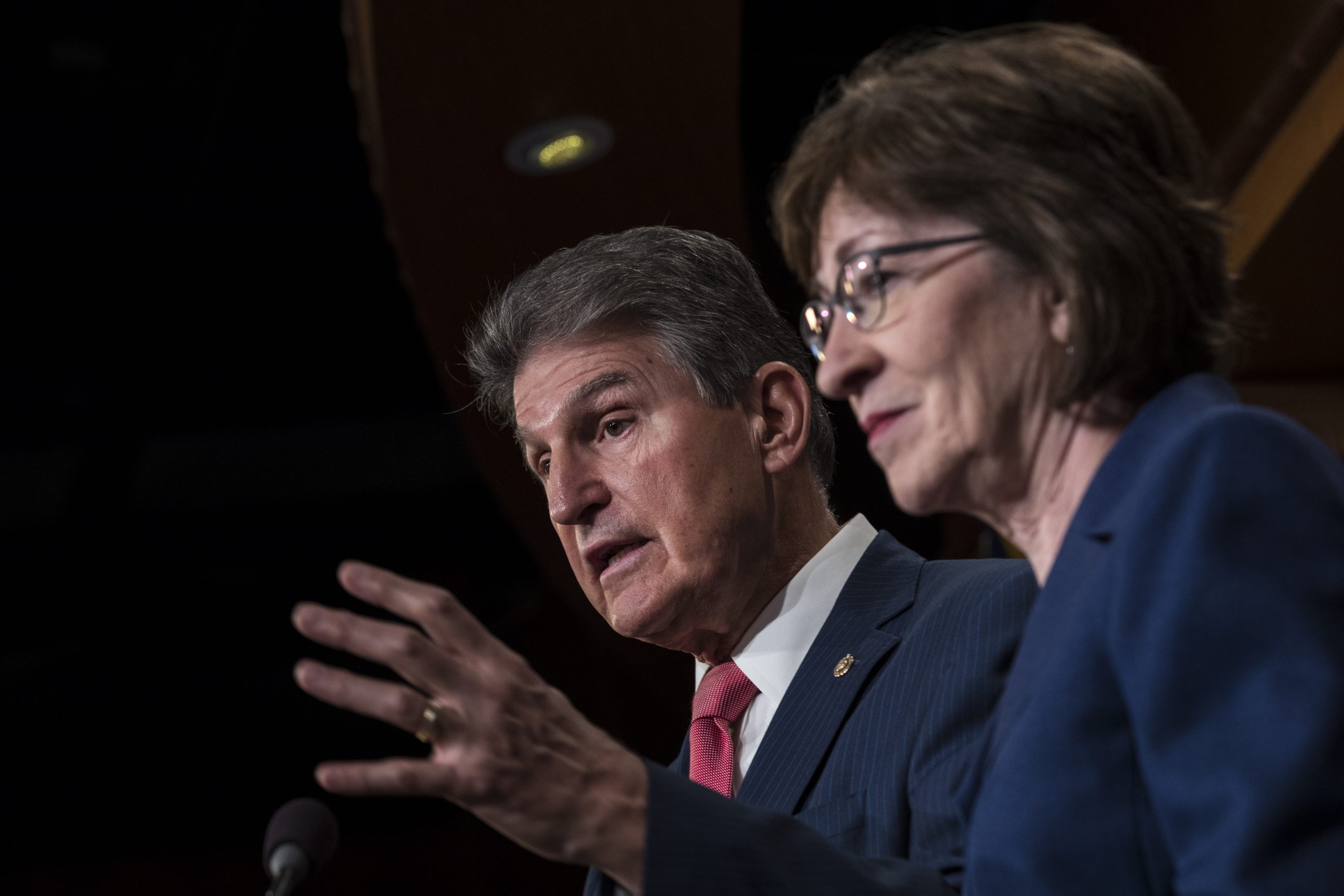 A bipartisan group of senators on Wednesday finalized a deal to reform a 135-year-old law that governs the peaceful transition of power, hoping to pass it before the end of the year.

The release of the legislation comes after months of bipartisan negotiations, led by Sens. Susan Collins (R-Maine) and Joe Manchin (D-W.Va.). The final proposal would update the 1887 Electoral Count Act, which former President Donald Trump’s allies attempted to exploit to pressure then-Vice President Mike Pence to block certification of the 2020 election.

The proposed package would clarify that the vice president’s role in counting votes is merely symbolic, as well as raise the threshold for when a member of Congress can challenge an election result.

In a statement, the bipartisan group of senators said the proposal “establishes clear guidelines for our system of certifying and counting electoral votes for President and Vice President” and urged their colleagues “in both parties to support these simple, common sense reforms.”

The Senate Rules and Homeland Security and Governmental Affairs Committees are expected to take up the legislation in the coming weeks but it’s unclear when it could receive a vote on the floor. The Senate’s legislative calendar ahead of the August recess is already crowded, including a push to approve Finland and Sweden to join NATO and Democrats’ effort to pass a party-line health care bill to lower prescription drug costs and health care premiums. It’s possible that the legislation could be included in a broader end-of-the-year package.

Proponents of the reform, which would be divided into two separate bills, are pushing for Congress to act before next year. House Republicans, 139 of whom challenged the 2020 election results, are widely expected to take that chamber’s majority in 2023.

The first bill would clarify that a state’s governor, unless otherwise stated, submits the slate of electors to Congress; allows for expedited judicial review for legal challenges related to the issuance or transmission of a slate of electors and clarifies that the vice president’s role overseeing the election certification is ministerial, according to the group’s summary. In addition, it raises the threshold for House members and senators to challenge election results, going from a single member in each chamber to one-fifth of members in both chambers. Finally, the bill provides specific requirements for when a presidential candidate can receive federal funds to prepare for a transition to the White House.

The second bill would increase the penalties for individuals who intimidate poll watchers, election officials or candidates to a maximum of two years in prison as opposed to one. Plus, it would provide guidance for the handling of absentee ballots and would reauthorize for five years the Election Assistance Commission, a centralized clearinghouse for election information and best practices that was created in the aftermath of the 2000 election. The Commission oversaw hundreds of millions of dollars in grants for local election officials during the pandemic.

If it comes to the floor, the bill will need at least ten Republicans to join all Democrats for final passage. In addition to Collins, GOP Sens. Rob Portman of Ohio, Thom Tillis of North Carolina, Mitt Romney of Utah, Lisa Murkowski of Alaska, Shelley Moore Capito of West Virginia, Todd Young of Indiana, Ben Sasse of Nebraska and Lindsey Graham of South Carolina participated in the negotiations.

Sen. Roy Blunt (R-Mo.) the top Republican on the Rules Committee, said he expects a hearing before the bill is marked up.

“As long as we don’t wait too long, I think it’s pretty important to get this done this year,” he said.

After the 2020 election, Trump assembled a group of attorneys who crafted a fringe strategy to challenge Joe Biden’s victory on Jan. 6, when Congress met to count electoral votes as required by the Constitution and the Electoral Count Act. Pence, as president of the Senate, was required to preside over the session.

Under the strategy, developed primarily by attorney John Eastman, Pence could use that role to assert the sweeping authority to refuse to count Biden’s electors or to delay the Jan. 6 session altogether, buying time to pressure state legislatures to appoint pro-Trump electors and keep the former president in power.

But Pence rebuffed the effort, and his counsel, Greg Jacob, has detailed all the ways Eastman’s plan would violate the Electoral Count Act. Communications between Jacob and Eastman culminated in a heated exchange on Jan. 6, while pro-Trump rioters ransacked the Capitol, sending Pence, Jacob and lawmakers fleeing for safety.

Trump’s effort to overturn election results also included a relentless push to convince GOP state legislatures to appoint pro-Trump electors. Under the Electoral Count Act, Pence was required to introduce only electors certified by a state authority, and each state only sent a single slate, reflecting the popular vote results certified by their governors.

The former president’s campaign instead assembled groups of activists in each state to cast false electoral votes, which Eastman and Trump pressured Pence to consider anyway. Their effort led a federal judge to conclude in March that Trump and Eastman likely entered into a criminal conspiracy to obstruct Congress.

The bipartisan group’s work, though separate, comes as the House’s Jan 6. select committee is also considering offering recommendations to make changes to the Electoral Count Act in their final report expected this fall.