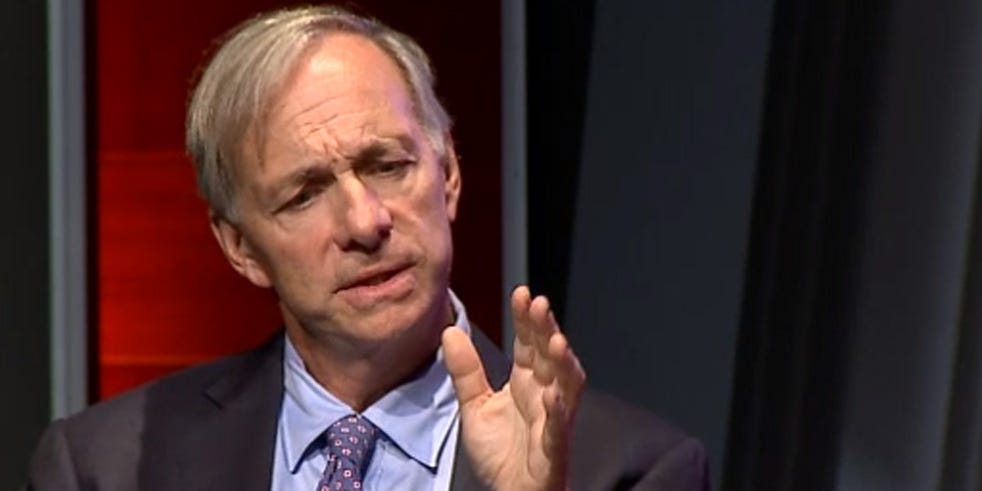 Ray Dalio warned against holding cash or bonds, trumpeted the value of a balanced and diversified portfolio, and cautioned investors against trying to time the market during a recent episode of the “We Study Billionaires” podcast.

Here are Dalio’s 8 key quotes from the interview, lightly edited and condensed for clarity:

1. “Investors make the mistake of judging their wealth in the number of dollars or pounds or whatever currency they’re looking at it. They should judge it in relationship to buying power. They make serious mistakes if not, particularly in judging the riskiness of cash.”

2. “If you buy a bond, you’re locking in a negative real return. Cash is worse than that. Please do not look at your nominal returns and think that’s safe, when that’s not safe.” — Dalio noted that federal stimulus has boosted people’s wealth on paper, but has also resulted in inflation, which erodes the real value of currencies.

3. “The most common mistake for investors is to think the markets that went up are good investments, rather than more expensive. Don’t make that mistake.”

5. “Don’t try to time the market yourself, because you’ll probably lose. Competing in the markets is more difficult than competing in the Olympics — there are more people trying to do it and putting more resources behind it.”

6. “In history, they’ve outlawed gold, and they’ve outlawed silver. They could outlaw bitcoin.” — Dalio said he was impressed that bitcoin hasn’t been hacked and has faced only modest competition over the past decade.

7. “Over time, inflation-hedge assets are likely to do better.” — Dalio cautioned that gold, bitcoin, and other cryptos will compete for market share.

8. “It’s better to think about two portfolios than one. People tend to focus on their best portfolio, but there’s a portfolio of assets that are better to have in a worst-case scenario. Have enough of those assets.” — Dalio listed gold, bitcoin, inflation-indexed bonds, and overseas assets as examples.