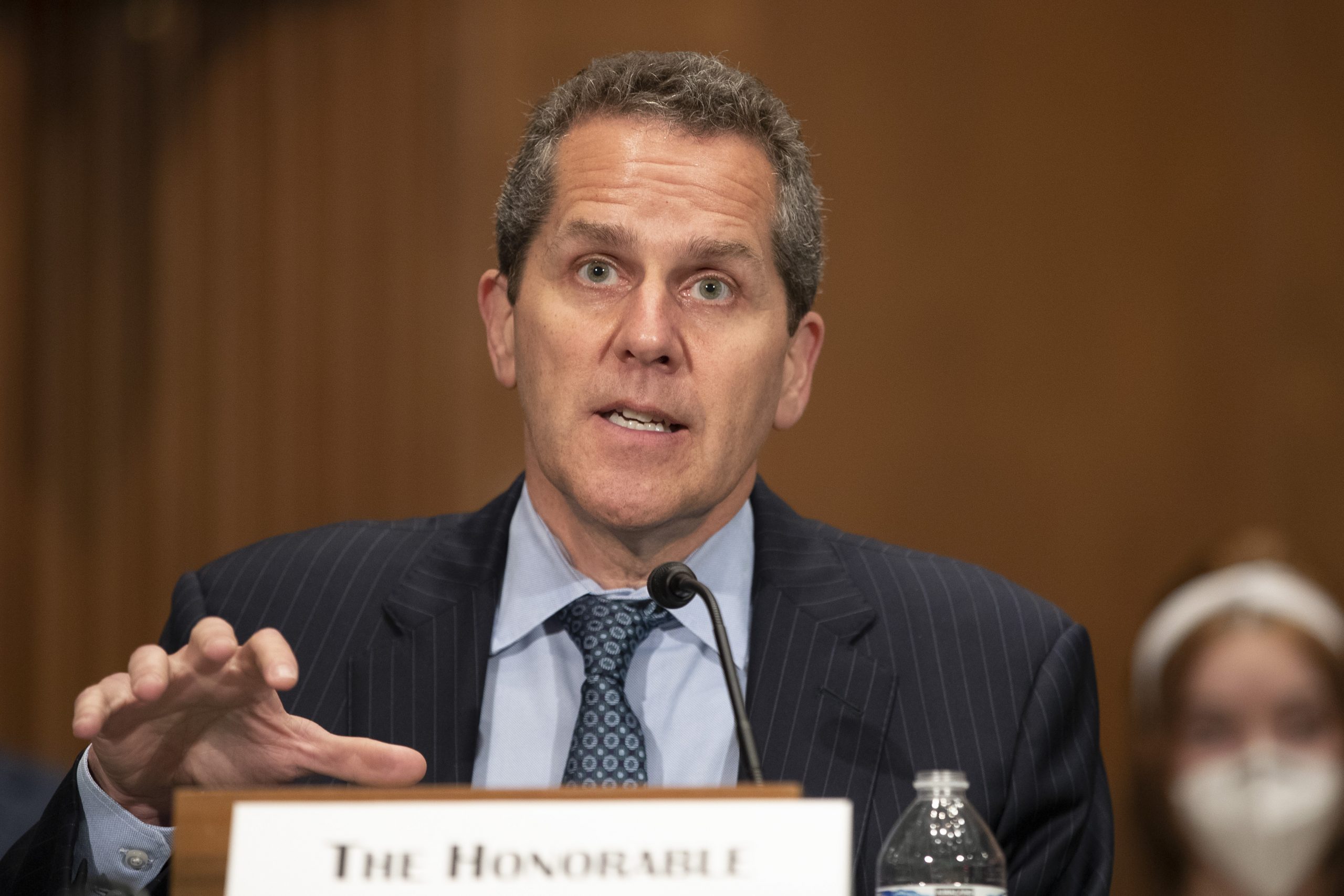 The Senate on Wednesday voted 66-28 to approve consumer advocate Michael Barr for the Federal Reserve’s top regulatory job, where he’s expected to bring a tougher approach to the nation’s megabanks but also openness to new financial technology.

The Fed’s Washington-based board has been without a point person on bank regulation since October, during an especially risky moment for the financial system as lenders deal with soaring inflation, rising interest rates and disruption caused by the war in Ukraine.

President Joe Biden’s first choice for the post, Sarah Bloom Raskin, saw her nomination go down in flames over her previous advocacy for the central bank to play a bigger role on issues related to climate change.

The job will now be filled by a former Treasury Department official, confirmed in a strong bipartisan vote, who helped craft financial safeguards passed by Congress in the wake of the 2008 Wall Street meltdown. The seven-member Fed board now is now full for the first time since 2013.

Barr will take on his new role as regulators grapple with whether to make it harder for banks to grow larger through mergers, how lenders should prepare for the fallout from climate change and what role they should assume in the volatile markets for cryptocurrencies. He will also have a vote on interest rates as the central bank engages in an aggressive war against surging inflation.

Barr, dean of the University of Michigan’s public policy school, will face pressure from Democrats to reverse some of the moves by his predecessor, an appointee of President Donald Trump. In an interview with POLITICO before his nomination, Barr said he “would’ve done the job very differently” than the libertarian-leaning Randal Quarles.

He could, for example, work to toughen the annual “stress test” that big banks face, where each lender’s management and books are graded on how they would fare during a hypothetical recession.

Still, during his confirmation hearing, he said those institutions’ loss-absorbing capital buffers, designed to weather unexpected problems, were already “quite strong.”

Barr’s nomination was a quick turnaround after the White House was forced to withdraw Raskin. Her onetime calls for the Fed to assert itself more on climate change issues led to opposition from all Republicans as well as from Sen. Joe Manchin (D-W.Va.).

His selection was also notable because he was previously the leading candidate for another position regulating banks, comptroller of the currency, but faced fierce resistance from progressive activists who criticized his previous roles advising upstart finance companies like LendingClub and Ripple.

Barr has also invested in digital asset companies and said during his confirmation hearing that cryptocurrencies “have some potential for upside in terms of economic benefit and then also some significant risks.”

He also brings a longtime focus on advocacy for small businesses and consumers, including ensuring that disadvantaged Americans have access to financial products like bank accounts. The three federal bank regulatory agencies — the Fed, the OCC and the FDIC — are in the middle of modernizing anti-redlining rules designed to encourage lending to low-income and minority borrowers, and he would get a say on the final version.