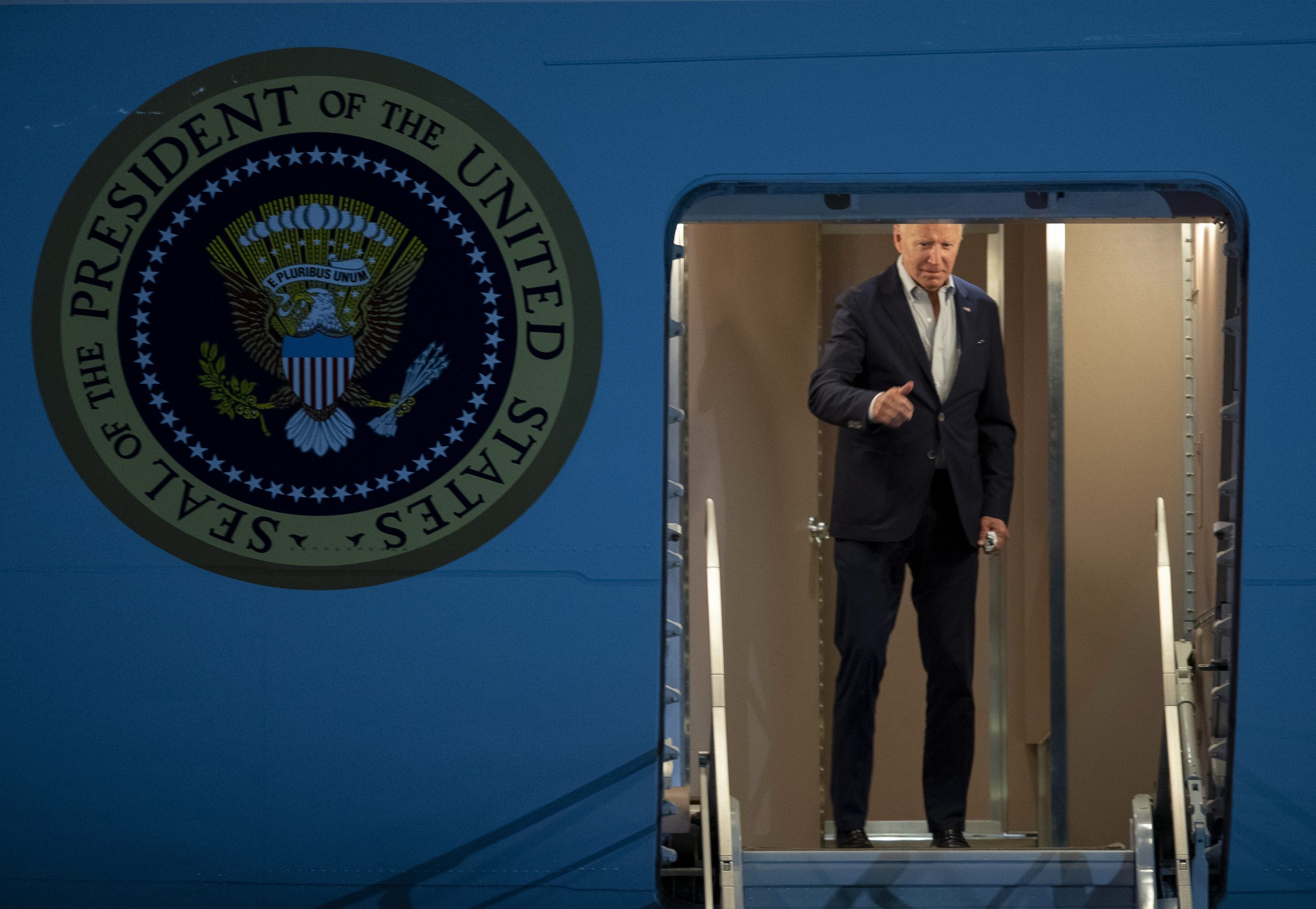 The White House isn’t showing its hand about what President Joe Biden plans to do with his.

Just hours before Biden was set to land in Israel for a Middle East swing, officials confirmed reports that the president will seek to limit his handshaking over the next four days. They said the precaution was put in place by Biden’s doctor following a rise in cases of Covid-19 variants.

Biden took the advice to heart. Cameras caught him fist-bumping Israeli leaders waiting for him at Ben-Gurion International Airport, even though the locals initially put out their hands expecting a handshake. Secretary of State Antony Blinken, however, was right behind Biden hugging some of his Israeli counterparts.

But after offering remarks on the tarmac, Biden shook hands with former Israeli Prime Ministers Naftali Bennett and Benjamin Netanyahu.

The new policy was announced at a convenient time. Biden’s team knows the trip’s most damaging image would be one of the president pressing palms with Saudi Crown Prince Mohammed bin Salman, who the U.S. intelligence community said orchestrated the murder of Jamal Khashoggi, a journalist and U.S. resident. The doctor’s sudden order minimizes the risk that such a picture will flash across TV screens in the coming days.

White House press secretary Karine Jean-Pierre struggled to answer the press’ questions about why the famously glad-handy Biden would holster his handshake.

“We always, on these trips, take precautions,” she said, even though Biden last month was flashing no-look handshakes to world leaders at the NATO summit in Madrid. It also wasn’t that long ago that the president was backslapping with Democrats before and after his State of the Union address.

But to hear the administration tell it, whether the president shakes hands on his trip is not their call.

“This is up to his doctor,” Jean-Pierre said.

Another White House spokesperson, speaking to POLITICO before Sullivan and the press secretary went on the record, said “there are standard precautions with these trips, including him testing negative ahead of flying and throughout the trip as regular cadence — and his doctor has determined some additional precautions.”

Even so, none of this will dissuade critics that Biden’s team is treating him with kid gloves. The visits to Israel and Saudi Arabia were supposed to happen after the NATO Summit in June, but U.S. officials reportedly felt a 10-day marathon would be overly taxing for the 79-year-old president.

Of course, Biden could choose to welcome the crown prince’s outstretched hand in Jeddah, Saudi Arabia, or even accept Israeli opposition leader Benjamin Netanyahu’s warm embrace in Jerusalem. Biden, after all, is known for a close-and-personal brand of politics.

What happens in the Middle East, then, is ultimately in the president’s hands.