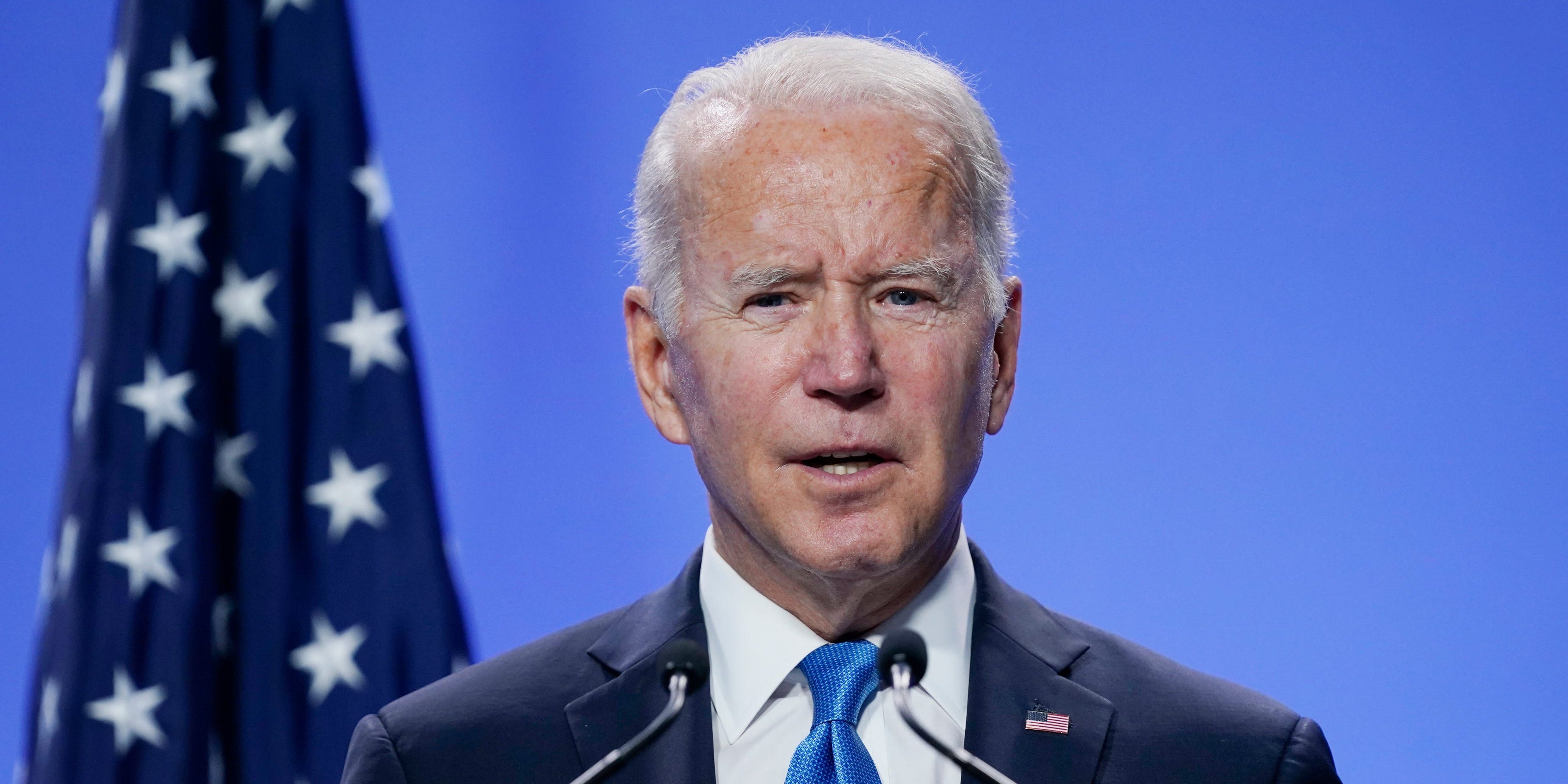 President Joe Biden and Vice President Kamala Harris on Monday made a renewed plea for the passage of voting rights legislation as the country celebrated the memory of civil rights leader Dr. Martin Luther King, Jr.

Two voting rights bills at the heart of the Democratic agenda, the John Lewis Voting Rights Advancement Act and the Freedom to Vote Act, are up for debate in the Senate on Tuesday with a possible vote later this week. But with the legislative filibuster still intact, their passage is unlikely in the face of Republican opposition.

“The attack on our democracy is real,” Biden said, citing the attack on the US Capitol on January 6, 2021 and Republican efforts to pass new voting rules in several states after former President Donald Trump’s loss in the 2020 election. “It’s no longer just about who gets to vote, it’s about who gets to count the vote, and whether your vote counts at all.”

“In his time, through his courage, his conviction, and his commitment, Dr. King held a mirror up to America and forced us to answer the question, where do we stand? Whose side are we on?” Biden continued. “We’re in another moment right now where the mirror is being held up to America.”

In her own speech, Harris called on the Senate to “do its job” and pass both voting rights bills. “We know that if we stand idly by our entire nation will pay the price for generations to come,” she said.

Why Democrats are prioritizing voting rights

The voting rights bills are now the Democrats’ top legislative priorities. Democrats see voting rights — and their future electoral victories in swing states — as under threat by Republicans who supported Trump in his insistence that the 2020 election was stolen from him through widespread voter fraud despite a complete lack of evidence to support this claim. Trump has called the initiative a “voting fraud bill.”

Biden and Harris traveled to Atlanta, Georgia, on January 11 to make their case for the bills’ passage in a major speech. In his remarks, Biden called on Congress to change the filibuster rules.

The filibuster has been “weaponized” and “abused,” Biden said, adding: “I support changing the Senate rules whichever way they need to be changed to prevent a minority of senators from blocking action on voting rights. When it comes to protecting majority rule in America, the majority should rule in the United States Senate.”

Black voters and activists, who helped propel Biden to victory in the 2020 presidential primary and played a key role in delivering the state of Georgia to Democrats in a stunning reversal, have demanded stronger action to protect voting rights.

However, with the Senate evenly divided between Republicans and Democrats, it’s unlikely the legislation will pass while the Senate filibuster remains in place. Two Democrats, Sen. Kyrsten Sinema of Arizona and Sen. Joe Manchin of West Virginia, refuse to vote to end the rule. They argue that changing Senate rules to abolish the filibuster will lead to increased partisanship in an already polarized chamber. But they’re facing heavy criticism from within their own party; some Arizona progressives have already started a primary effort against Sinema in 2024.

What the voting rights bills do

The two bills passed the House of Representatives in one package, called the Freedom to Vote: John R. Lewis Act, on Thursday. They’re being considered separately in the Senate and would enact a list of Democratic voting priorities nationally (you can read a full breakdown of their many provisions at Insider’s guide to the bills.)

The Freedom to Vote Act would establish Election Day as a federal holiday, create online and same-day voting registration, enshrine mail-in voting nationwide, and restore voting rights to people convicted of felonies, among other significant changes.

The John Lewis Voting Rights Advancement Act seeks to restore aspects of the landmark Voting Rights Act of 1965 that the Supreme Court weakened in 2013. Most notable among several measures, it restores federal preclearance, which requires states and districts with a history of voter discrimination to receive permission from the federal government before enacting new election rules or redistricting plans.

“It’s time for every elected official in this nation to make it clear where they stand,” Biden said.

Senate Majority Leader Chuck Schumer has pledged to begin debate on the legislation on Tuesday. At some point, the Senate will need to vote to end debate, which requires 60 senators to vote to proceed. It’s at this stage that Republicans can filibuster the legislation, preventing it from moving on to a full vote. Only one Republican senator — Lisa Murkowski of Alaska — has supported the John Lewis Voting Rights Advancement Act and no Republicans have supported the second bill. But Democrats would need 10 conservatives to join them to overcome a blockade.

Schumer could try various maneuvers or signal a vote to change Senate rules to end the filibuster, but without Sinema and Manchin onboard, the latter effort is all but guaranteed to fail.