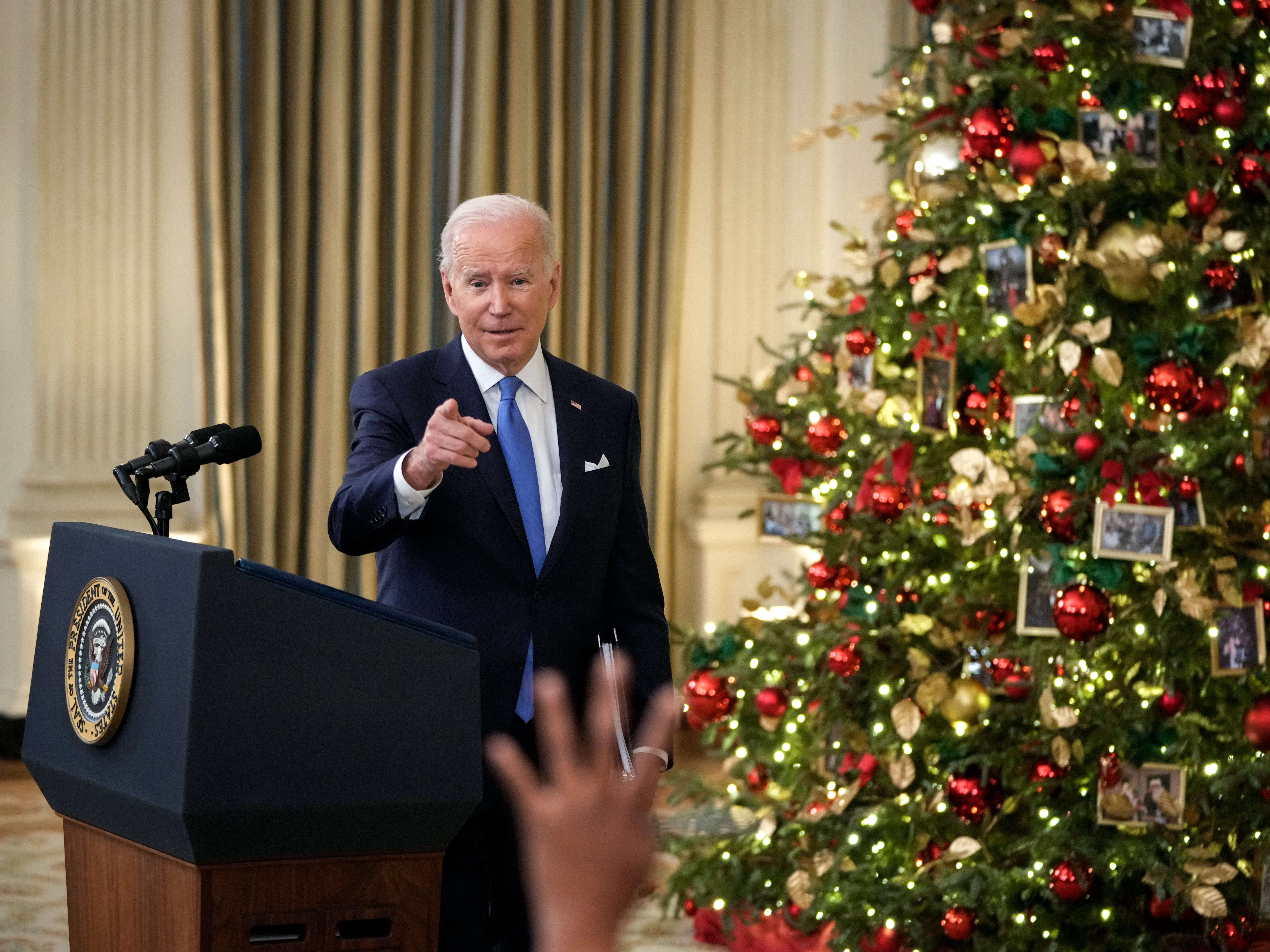 While the president said borrowers should use that extra time to prepare for payments to resume on May 1, lawmakers and advocates said that time should instead be used to cancel student debt.

On December 22, the Education Department announced it will be moving the date student-loan payments are scheduled to resume from February 1 to May 1, citing the Omicron variant as the primary reason for the change. While this announcement did not specify this will be the “final” extension, contrasting the announcement in August, Biden urged federal borrowers in a statement to use this extra time to prepare for repayment in 90 days.

“As we are taking this action, I’m asking all student loan borrowers to do their part as well: take full advantage of the Department of Education’s resources to help you prepare for payments to resume; look at options to lower your payments through income-based repayment plans; explore public service loan forgiveness; and make sure you are vaccinated and boosted when eligible,” Biden said.

Education Secretary Miguel Cardona echoed that sentiment, saying in a statement the department will “continue to provide tools and supports to borrowers so they can enter into the repayment plan that is responsive to their financial situation, such as an income-driven repayment plan.”

This extension comes alongside the nearly $12 billion in student debt Biden has canceled for targeted groups of borrowers, like those defrauded by for-profit schools, since he took office. But advocates and lawmakers say it’s not enough to tackle the $1.7 trillion crisis.

‘Americans cannot be crushed by student debt’ during COVID-19

“We continue to call on President Biden to take executive action to cancel $50,000 in student debt, which will help close the racial wealth gap for borrowers and accelerate our economic recovery,” the lawmakers said.

Student-loan forgiveness advocates agreed. Natalia Abrams, president of the Student Debt Crisis Center, said in a statement the Omicron variant is “a scary reminder that the pandemic is still a serious concern and Americans cannot be crushed by student debt as they shoulder this health and economic crisis.”

While Biden promised during his campaign to approve $10,000 in student-loan forgiveness, he has yet to fulfill that promise and some lawmakers said it could cost Democrats the majority after midterm elections. New York Rep. Alexandria Ocasio-Cortez said last month that it’s “actually delusional” to think Democrats can get re-elected if they don’t act on priorities for voters, like student debt.

Vice President Kamala Harris responded to Ocasio-Cortez’s concerns on a Face the Nation interview, saying the administration must continue to be “vigilant” on the topic, but did not provide a specific way to get relief to borrowers.

“Well, I think that we have to continue to do what we’re doing and figure out how we can creatively relieve the pressure that students are feeling because of their student-loan debt,” Harris said.