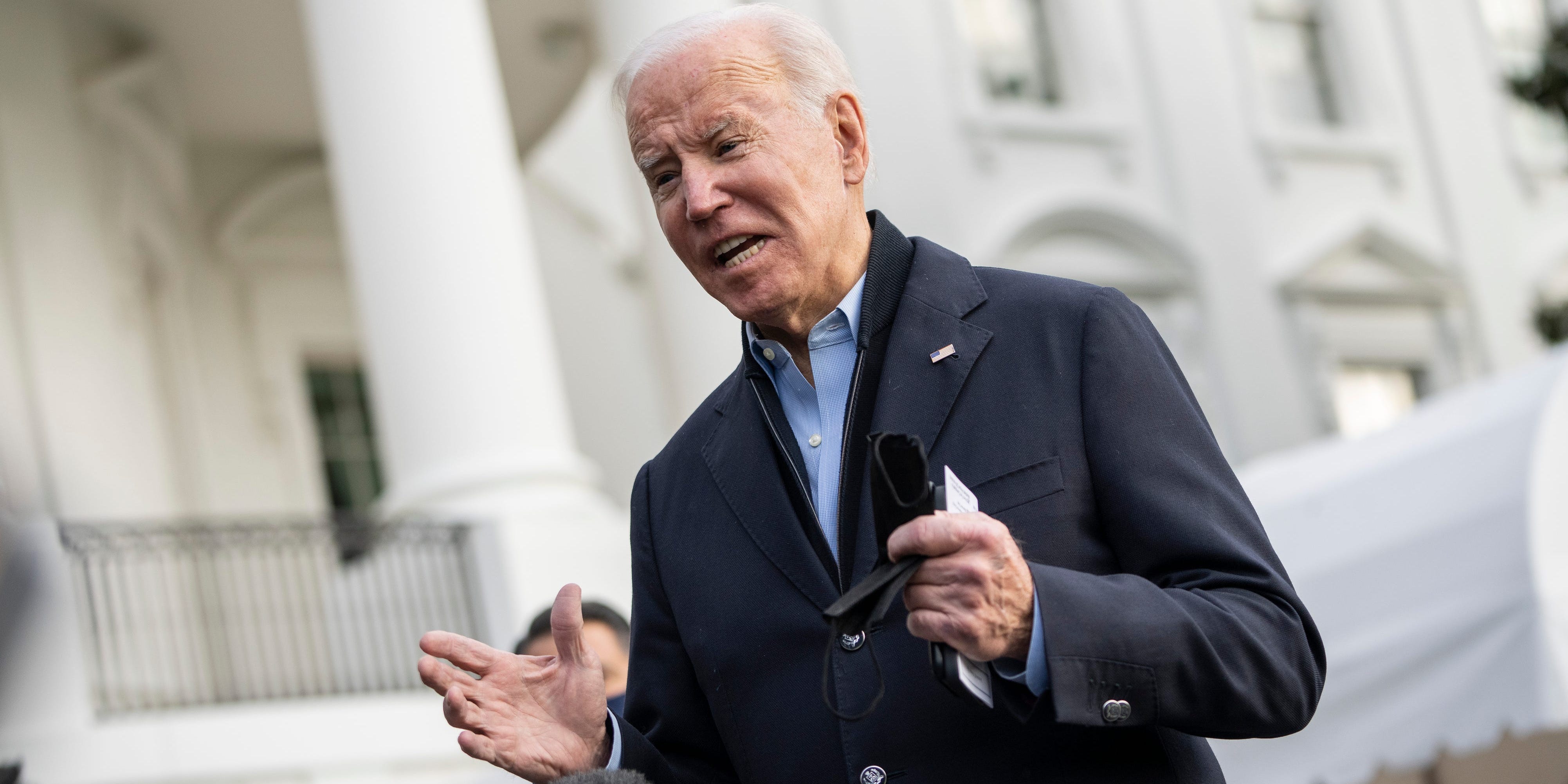 President Joe Biden speaks to reporters as he walks to Marine One on the South Lawn of the White House December 15, 2021.

President Joe Biden’s administration turned down a plan in late October laid out by COVID-19 testing experts to manufacture and send over 700 million rapid COVID-19 at-home tests to Americans ahead of the holidays, according to Vanity Fair.

On October 25, according to the report, public health experts from the Harvard TH Chan School of Public Health, the COVID Collaborative, and the Rockefeller Foundation presented the 10-page plan on a Zoom call with White House officials. The plan was calling for a “Testing Surge to Prevent Holiday COVID Surge.”

In order to accomplish that, the experts told the White House that at least 732 million rapid at-home COVID-19 antigen tests needed to be produced per month and to be sent to American citizens ahead of the holiday season, Vanity Fair reported.

“We did not have capacity to manufacture over-the-counter tests at that scale,” a Biden official who was present for the presentation told Vanity Fair, citing FDA approval processes.

Biden officials told Vanity Fair that the plan was rejected because only a few at-home tests had been approved by the FDA, and none of the companies could increase their capacity to match the proposed manufacturing demands.

Shortly after, the Biden administration instead worked on fast-tracking the FDA approval process for other rapid at-home tests in the pipeline.

As it stands, the Biden administration is scaling up testing across the country in light of the highly infectious Omicron variant.

Biden said in a speech on Monday that his administration would provide 500 million free at-home COVID test kits for Americans affected by the Omicron variant surge.

On Thursday, President Biden told ABC News, that, “I wish I had thought about ordering” the 500 million tests, “two months ago.”

On Friday, The Washington Post similarly reported that in the spring, the Biden administration chose to abandon a focus on mass testing, and instead decided to focus solely on ramping up vaccinations.

Officials at the time were vying for widespread PCR testing as there was greater doubt over the accuracy of rapid antigen tests at the time, the officials told The Post.

Insider reached out to the White House for comment.