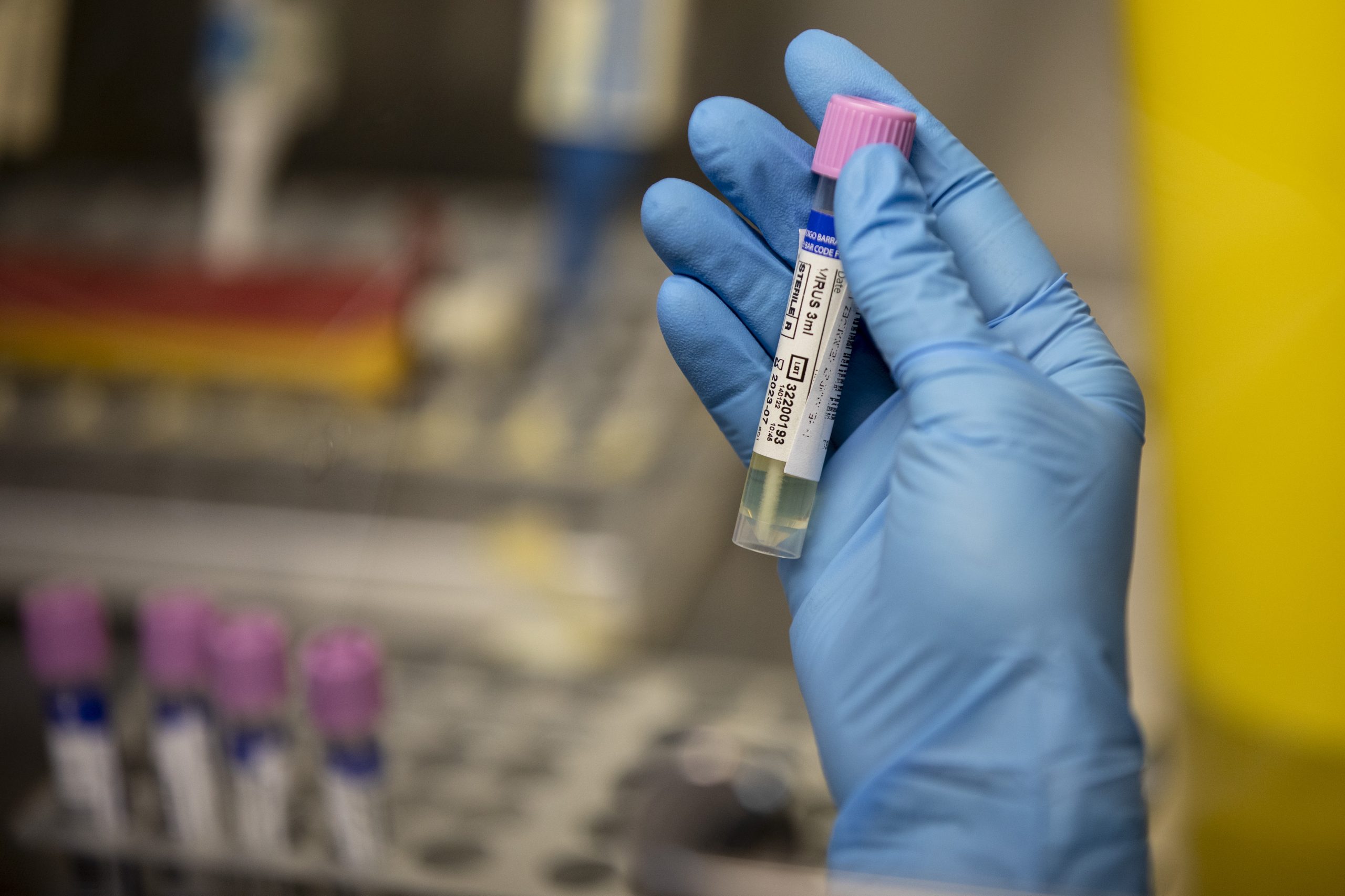 The Biden administration rolled out a strategy on Tuesday to expand vaccination against the monkeypox virus to a greater number of at-risk individuals, as cases of the rare disease continue to climb and outbreaks in major cities across the country worsen.

But city public health departments reported that demand for the vaccine is still outstripping supply, raising concerns that the administration will struggle to keep up.

At a press conference, the Department of Health and Human Services said it would immediately send 56,000 doses of Jynneos, the two-dose vaccine approved by the Food and Drug Administration for use against monkeypox, from the strategic national stockpile to parts of the country where the virus is spreading quickly and where residents are at the most risk for severe disease. The agency plans to send an additional 240,000 doses once the manufacturer provides them.

HHS said it has so far received requests for vaccines from 32 states and jurisdictions, and sent more than 9,000 doses as well as 300 courses of antiviral treatments.

The national strategy marks a dramatic expansion of the government’s effort to halt the disease’s spread. The federal government’s initial guidance directed states only to vaccinate individuals with monkeypox and their immediate close contacts, an approach that failed to contain the outbreak as case numbers continued to climb.

“It’s almost like we’re expanding the definition of who a contact might be,” said Jennifer McQuiston, deputy director of CDC’s Division of High Consequence Pathogens and Pathology, explaining the new plan. “We’re considering contacts [to be] people who may have had the type of exposure recently that would put them at high risk for monkeypox. Whether they participated in a party or a venue where monkeypox was known to spread but we can’t trace them, we recommend that they come in for a vaccine.”

To date, the CDC has confirmed 306 cases of monkeypox in 28 states and other jurisdictions. California, New York, Florida and Illinois have the highest concentration of cases. The disease, which is largely circulating now among men who have sex with men, causes flu-like symptoms and skin lesions, but patients can receive antivirals, and all of them have recovered thus far.

Globally, more than 4,700 cases have been reported.

Officials in Los Angeles and New York City, which are among a handful of cities that have already started vaccinating a wider group of at-risk residents in recent days ahead of the CDC guidance, told POLITICO they have already been waiting on more requested vaccine doses from the federal government to continue those efforts.

In New York, for instance, a temporary vaccination clinic in the Chelsea neighborhood of Manhattan administered all of the 1,000 doses of Jynneos the federal government sent. The clinic has now stopped taking new appointments and has requested more doses, said Michael Lanza, deputy press secretary for the city’s Department of Health and Mental Hygiene.

In Chicago, where there is also an outbreak, public health officials have begun offering vaccines in settings where at-risk individuals go, such as bathhouses. They, too, say they can do more outreach once more vaccine supplies are released.

CDC Director Rochelle Walensky acknowledged that there are “some limitations” on the current national supply of Jynneos and that the administration is prioritizing “those who need it most urgently.”

States can also request doses of ACAM2000, an older smallpox vaccine that can be used to treat monkeypox, from the national stockpile, where there are about 100 million doses. It has more side effects than Jynneos, and patients who are immunocompromised or have heart disease should not take it.

‘Driving in the dark’

The administration’s new strategy also seeks to make it easier for clinicians to test patients and for people to get tested for monkeypox.

Many epidemiologists and public health advocates say the current case count is understated, driven by difficulties in getting tests to labs and clinicians’ lack of familiarity with a disease that is relatively rare in the U.S.

In order to confirm a monkeypox case, clinicians must submit a sample to a laboratory in the CDC’s Laboratory Response Network. Those labs are able to test for orthopox viruses like monkeypox. If a patient tests positive for orthopox, the case is then sent to the CDC to determine if it’s monkeypox.

That is a relatively quick and straightforward process for clinicians and medical staff who are familiar with it and close to an in-network lab.

But it gets more complicated in big states, rural areas or where medical staff lacks training. That leads to under-testing, clinicians say.

“We haven’t had any cases yet in Michigan, but we are all — including the Michigan Department of Health and Human Services — aware that we are vastly under testing,” said Gretchen Snoeyenbos Newman, an assistant professor of infectious disease at Wayne State University in Detroit, in an email to POLITICO.

”The process for testing has been somewhat unclear and a bit cumbersome,” she said, adding that the state health department is actively working on improving that. “Information needs to go out both to providers and to the community.”

Last week, HHS said it began shipping orthopox tests to five commercial laboratories, a move the agency said would make it easier for clinicians to access tests starting in July.

In the meantime, the CDC says that its nationwide laboratory network has more than enough capacity to handle the number of monkeypox tests needed right now. Walensky said on Tuesday it was now able to receive and process more than 10,000 tests per week.

But that may overlook the fact that the outbreak isn’t occurring evenly across the country, some say, and that regional testing labs are bearing different burdens.

“It assumes that the LRNs are all being used equally — that the LRN in Kansas City has the same need for testing as the LRN in New York City,” said Joseph Osmundson, a biophysicist and assistant professor at New York University who is part of a coalition working on the monkeypox outbreak. “And that’s obviously incorrect.”

Without a clear picture of the virus’ spread, it’s hard for the government to come up with an effective strategy to vaccinate the people who are most at risk, said Osmundson.

“We’re so far behind on testing, we don’t know who to focus on for vaccinations,” he said. “We are driving in the dark with our headlights off.”