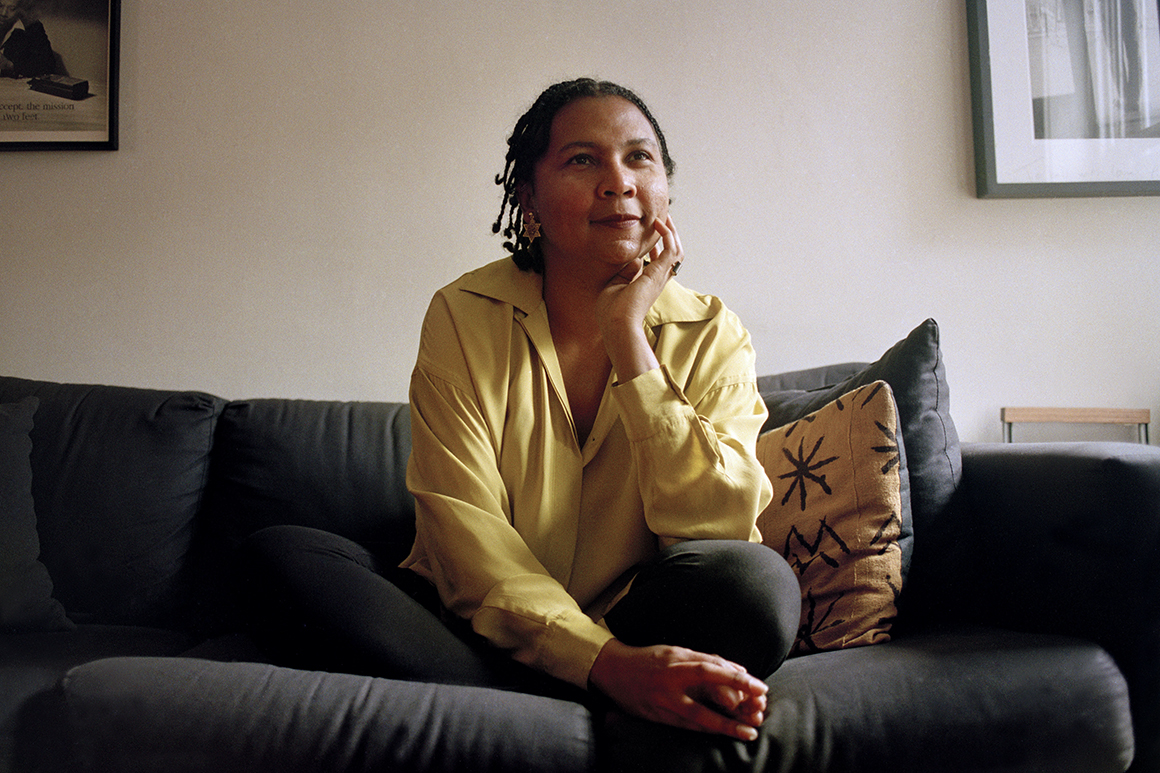 When I heard the news this month that Gloria Watkins — the renowned feminist professor who wrote more than 30 books under the name bell hooks — had passed, I remembered snatches from the conversations she and I had over many years.

I recalled the first time I met her, when I was a graduate student at the University of Iowa in the late 1980s, and she, a writer whose books were required reading in numerous departments on campus, delivered a lecture without notes to a standing room-only crowd. That was also when I first saw that signature look of hers, halfway between a smirk and a smile; I came to learn it generally appeared in response to an attack disguised as a question from an audience member wanting an intellectual tussle, and signified that, though she was prepared for and even welcoming of intellectual engagement, she did not “suffer fools,” as the expression goes. I conjured, as well, a scene from a few years later at her home on the campus of Oberlin College, where she taught from 1988-1994. I see her sipping tea, her face framed by sun and shadows. I hear her describe the careless treatment she had received at the hands of an academic administration going out of its way to refuse to acknowledge, she told me, “I am a genius.” I then fast-forwarded a few years to the moment in Seattle when, after giving a lecture at a nearby community college, she held my infant son and told me that she knew, could see he was loved.

More than what she said to me, or even what she wrote for all of us, what I remember most about Gloria, as her friends, family and students knew her, is how she moved through academic institutions demanding respect, but not expecting love. She showed women and Black people, including Black women academics like me, that there is a price to pay for believing that the goal and meaning of Black freedom is bound up with learning to survive easy digestion in the “belly” of various institutional “beasts.” Her life offers something of a parable about how difficult it is for professors like us — no matter how brilliant, brave, irreverent, iconoclastic, charming, committed or popular we are — to remain in institutions built on the structural foundations of patriarchy, racism, capitalism and misogyny, especially when we, and our scholarship, are there to dismantle those very things.

Gloria drew attention in 1981, when she published her first book, Ain’t I a Woman: Black Women and Feminism, under her pen name, bell hooks, in honor of her maternal great-grandmother, Bell Blair Hooks. She spelled the name in lowercase, she said, to shift the attention away from her identity and toward her ideas. She was a 19-year-old undergraduate at Stanford University when she wrote the first draft of that book, which she didn’t publish until she was 29 years old and had already received her doctorate in English from the University of California, Santa Cruz.

Over the next few decades, her writing and teaching focused on feminism — what she thought it was and most definitely wasn’t — as well as capitalism and patriarchy, and how those constructs shaped and malformed relationships between Black people across genders. She wrote about Black artists and their art when it both loved and disrespected Black people. She wrote about the white supremacist lens that distorted the representation of Black people appearing in film and television. She wrote about her family and their photographs, about the segregated Black community in her home state of Kentucky, and about the rarified air she learned to breathe once she left her home and attended and taught at a string of elite educational institutions. She wrote about her relationship wounds, those that had healed and those still throbbing with feeling. But by the end of her career, she mostly wrote about finding, understanding and grappling with the power of love as a balm capable of healing individual, cultural and national wounds.

In 2004, she left New York and her position teaching in the Graduate Center at the City University of New York to return to Kentucky, where she lived until her death. There, she taught at Berea College, a liberal arts school that does not charge tuition for any students, and founded the bell hooks Institute. She never stopped writing. She never stopped teaching.

Although I can no longer place the where of it, in the hours after the news of her passing began to circulate, I dusted off another long-forgotten conversation I had with her decades ago. It was when I was still a graduate student, at a time when I was struggling to convince the professors on my dissertation committee that I should be allowed to write a scholarly treatise about Black women and the politics of hair. In response to my sharing with her their repeated “concerns” about the viability of the topic, she said, “For Black women, our oppression is in our hair.”

I don’t think I ever told her how that pronouncement, so perfectly articulated, sharpened the focus of my dissertation from one that merely traced a historical artifact, hair, through time, to one that focused on Black humanity and Black politics, and Black oppression and survival and joy. That is the legacy she left for me, and, as the outpouring following her death makes poignantly clear, that is the legacy she left for many of us. Because of bell hooks, we know we can bring our whole selves to our work. We can trust and believe in our intellect. We can be complicated in our humanity. We can be gentle with our critiques. We can be fierce in our protection. We can keep talking to, and talking with, and talking back, until the last breath.