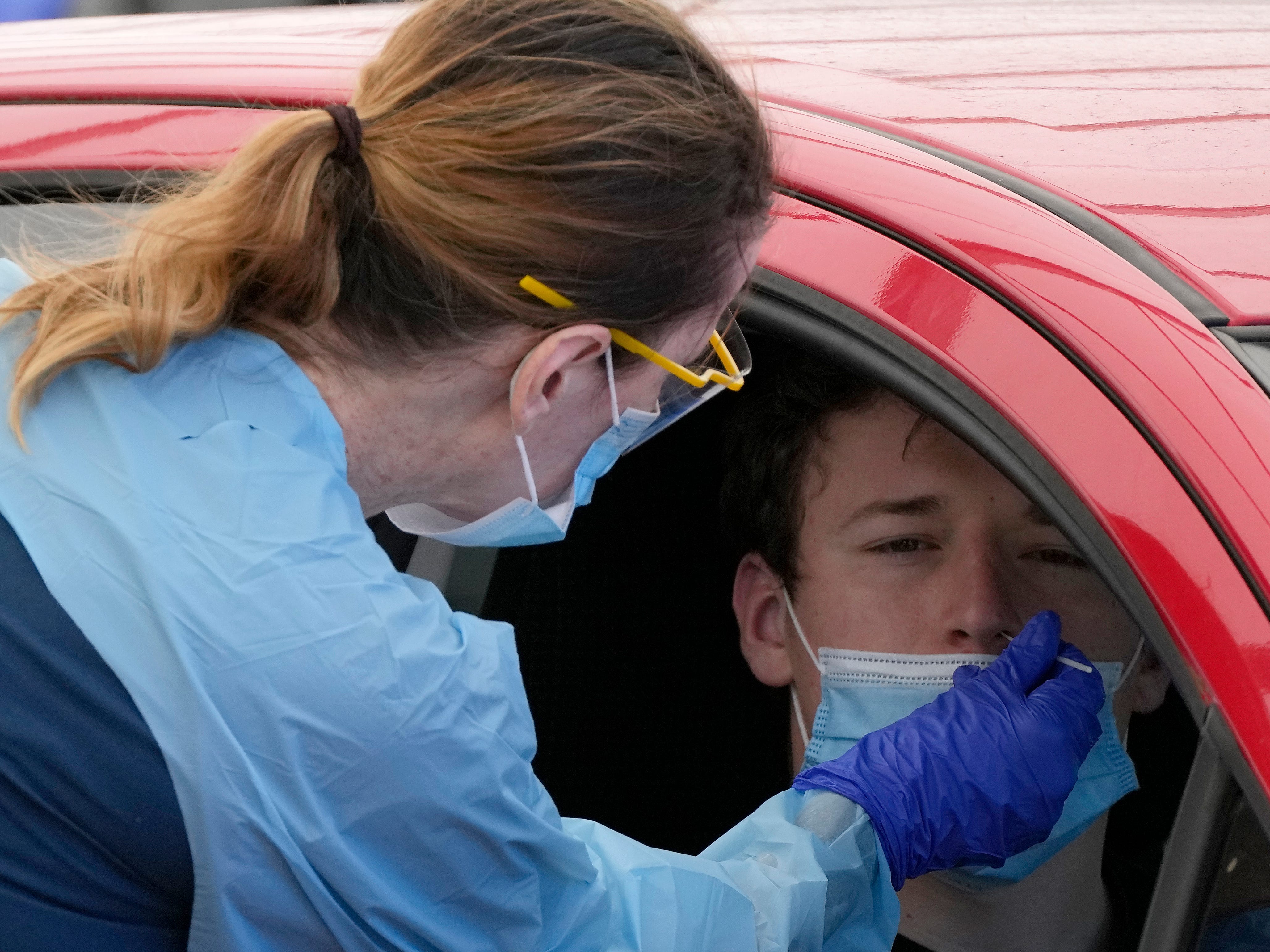 An Australian lab falsely told more than 400 people they tested negative for COVID-19 on Christmas Day, the BBC reported.

The next day, the lab notified the 486 patients that they did, in fact, test positive for the virus the day before, according to a statement shared with the BBC.

Now, those affected worry they infected their family members with the virus.

SydPath lab in Sydney, Australia, has admitted to its mistake, and said in a statement seen by the BBC that 886 people were given test results before their specimens were processed.

Stephanie Colonna was one of the 486 who found out her COVID-19 test was positive on December 26, she told Australia’s Today Show.

After days of trying to get a swab, Colonna finally sat for a test on Wednesday, December 22. By Christmas Day, she had a notification from the lab notifying her she did not test positive for the coronavirus.

On Boxing Day, Colonna got her positive result.

“I was just mortified to get two different results. You don’t know what to feel,” Colonna said on the Today Show.

Now, she’s worried about passing along the coronavirus to her niece and nephew who aren’t yet old enough to receive the vaccine.

“That’s what scares me and worries me because if they’re positive, I’m the one to blame. I’ve infected them now,” she said.

Another couple who fell victim of false negatives were doubtful of their test results after days of symptoms and direct exposure to someone with the coronavirus.

They isolated until their positive results from SydPath came through, but Tara Hong, who is diabetic, said the lab company delayed her in getting the help she needed to fight the virus, ABC News reported.

“I’m a diabetic, so I fight things worse, which is probably why I’m sicker than everyone else; I’ve had my booster and I’m still very symptomatic, so I’m struggling,” she said.

“SydPath has delayed me getting any help if I could,” Hong told ABC News.

The lab said an “unprecedented” number of tests caused the screw-up, and that switching from an automatic to a manual system played a role, according to the BBC.

“Unfortunately… a simple data processing error was made which led to the wrong test results being released,” the statement said.

In response, the lab is switching back to automated tests only and is also cutting back on the number of tests they make available to avoid this from happening again, according to the BBC.

The testing mishap happened as coronavirus cases surge in New South Wales. The state had 5,533 positive tests in the last 24 hours, accounting for more than 50% of total new cases in Australia, according to the Australian Department of Health.

New South Wales reported its first death from the Omicron variant Monday — a man in his 80s who was vaccinated but had underlying health conditions, the Associated Press reported.

SydPath did not immediately respond to Insider’s request for comment.