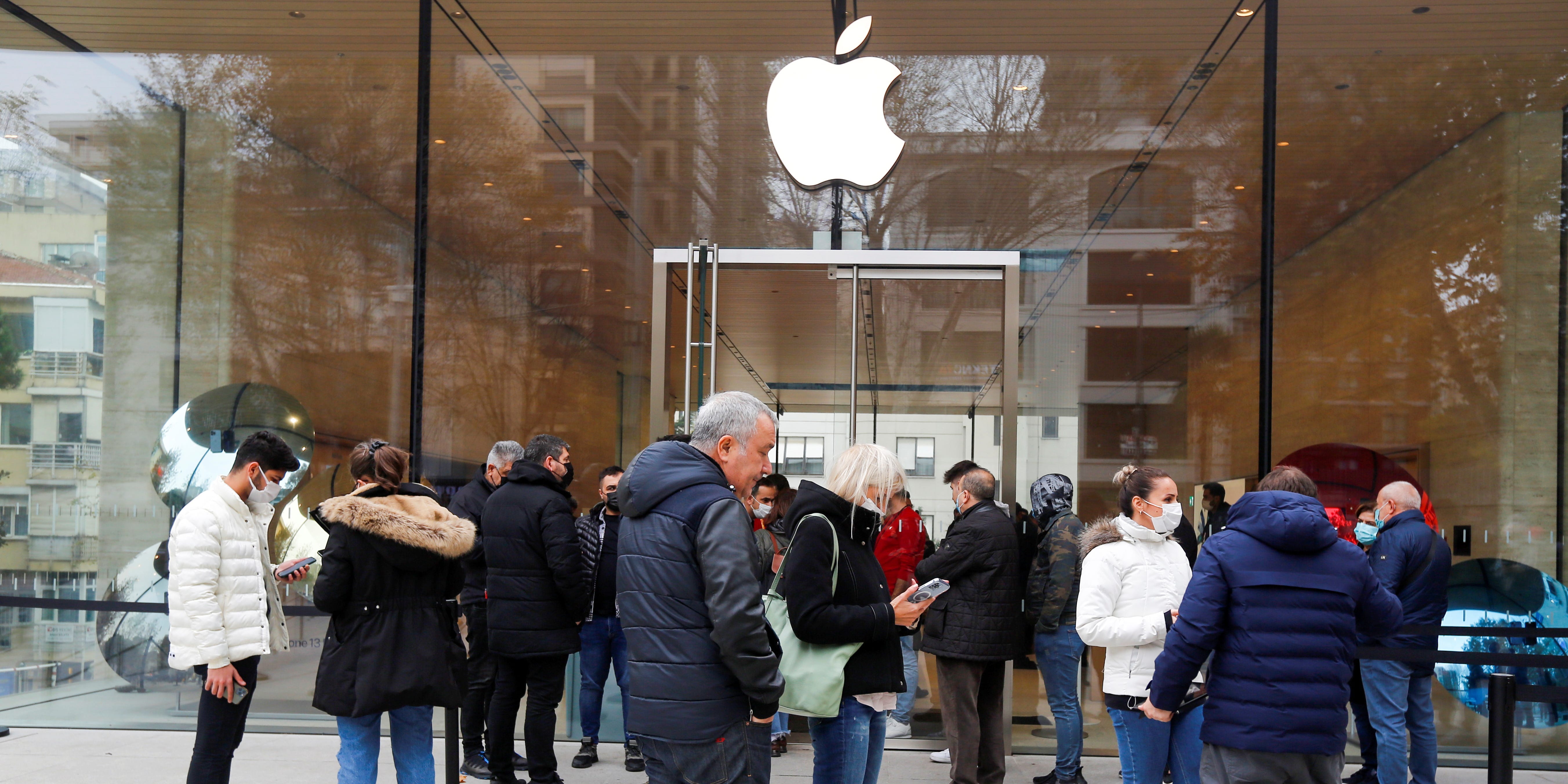 An Apple shop in Istanbul, Turkey.

Apple’s record run in 2021 could spill over into 2022, based on projections from Wedbush analyst Dan Ives.

He reiterated a $225 bull-case scenario price target for Apple, according to a Sunday note, representing potential upside of 27% from Friday’s close.

According to Ives, the gains could continue due to a strong demand cycle for the iPhone, Apple’s fast-growing services business, and new product introductions.

“Based on our supply chain checks over the last few weeks, we believe demand is outstripping supply for Apple by roughly 12 million units in the December quarter which now will add to the tailwinds for Cupertino in the March and June quarters as the supply chain issues ease in 1H22,” he explained.

Apple’s services business will remain a key driver for the company as it is expected to beat investor expectations in its upcoming quarterly results. An ongoing re-rating of Apple will depend on the growth coming from subscription services, which Ives estimates is worth $1.5 trillion, or about half of Apple’s current value.

“The Services business is further monetizing the Apple golden installed base and poised to reach $100 billion [in] annual revenue by 2024,” he said.

New potential product introductions like an AR headset could add upwards of $20 per share to Apple’s stock price, or a value of more than $325 billion. This product would catapult Apple into the metaverse ecosystem, according to Ives.

“The highly anticipated AR headset Apple Glasses will make its debut in 2H2022 (summer timeframe) based on our recent Asia checks and could add $20 per share to the sum-of-the-parts valuation of Apple given this massive market opportunity,” he explained.

Another potential product that has potential to move the revenue needle for Apple is a car, which Ives believes is “aggressively ramping up… behind closed doors,” the note said. Ives expects an Apple Car to be introduced by 2025.