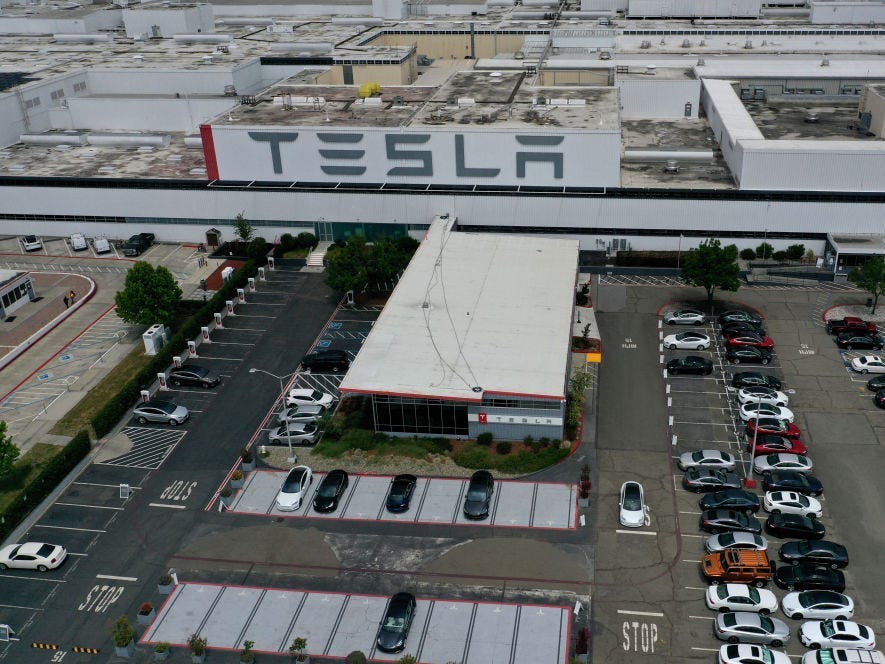 A worker has reportedly died on the job at Tesla’s California factory.

A Tesla employee died on the job at the automaker’s factory in Fremont, California early Wednesday morning.

Local news station KTVU broke the story of the fatality, which involved an employee on the factory’s powertrain line. The worker has not yet been identified.

Tesla did not immediately respond to Insider’s request for comment. KTVU reported that Cal-Occupational Safety and Health Administration is currently investigating the circumstances of the death.

“Yesterday Tesla, Inc. dba Tesla Motors, Inc. notified Cal/OSHA of a fatality January 19 in Fremont,” a spokesperson for the administration said in an email to Insider. “A production associate collapsed while working on the power train line. Cal/OSHA is gathering more information to determine the work-relatedness of this event and whether to conduct an inspection.”

Back in December, Tesla’s Fremont hub was the site of a homicide. Two Tesla employees — 29-year-old Anthony Solima and 42-year-old Lee Brasier — quarreled on the job. Solima allegedly shot and killed Brasier later that day. He has been charged with murder.