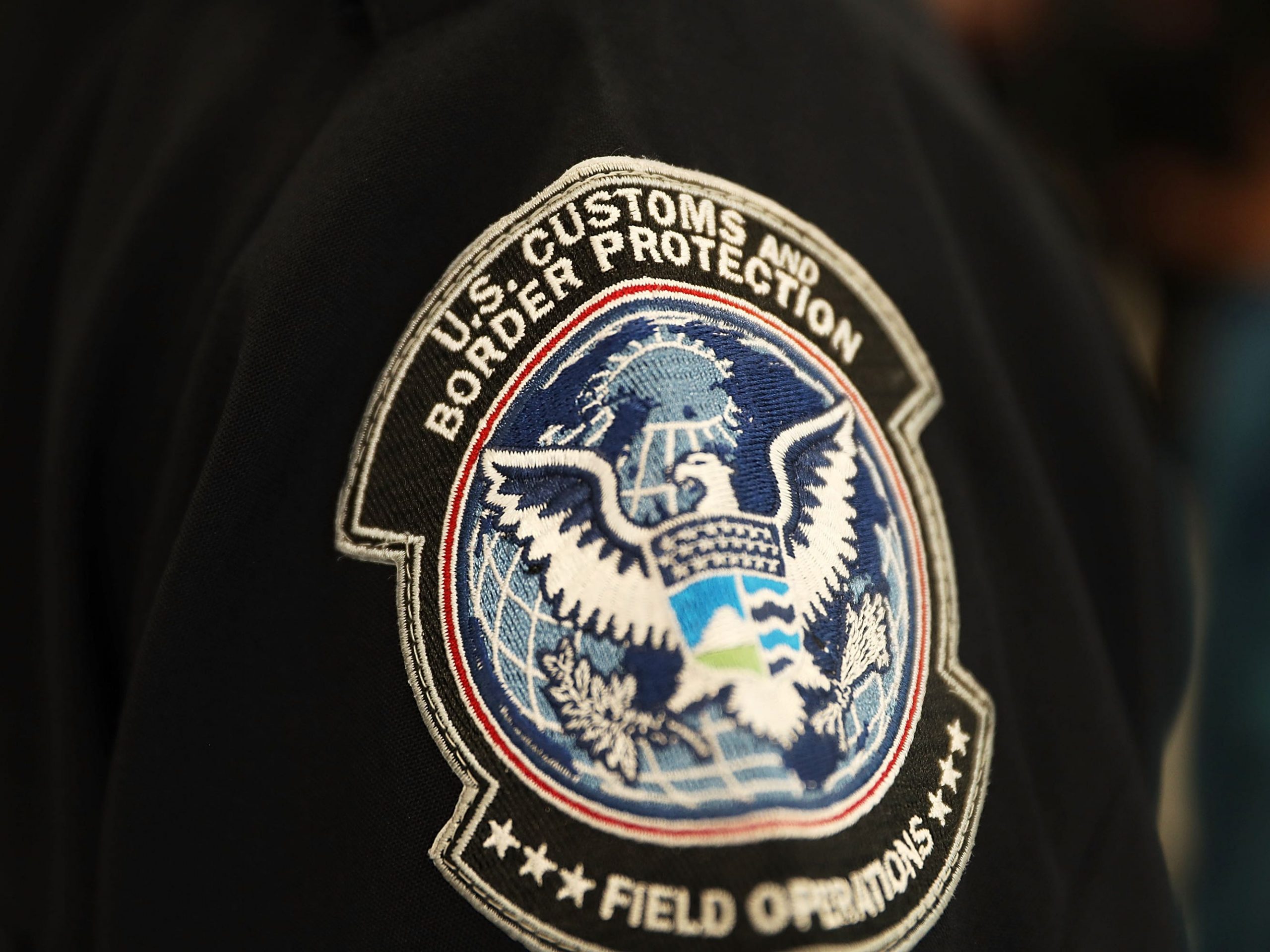 A patch is seen on the sleeve of a U.S. Customs and Border Protection officer as he uses facial recognition technology in his booth at Miami International Airport to screen a traveler entering the United States on February 27, 2018 in Miami, Florida.

An Australian woman traveling through the US was detained and interrogated by a US border official about whether she had recently had an abortion.

The Guardian Australia reported that Madolline Gourley was traveling from Australia to Canada where she planned to house- and cat-sit in exchange for free accommodations. Gourley has a travel blog where she documents her cat-sitting excursions.

The 30-year-old told The Guardian she was treated like a criminal during her stop in Los Angeles on June 30, when border officials became suspicious about why she was traveling to Canada.

“I don’t know if she had forgotten, or she wanted to work out if I was lying or something, ” she told The Guardian Australia. “I said no, and she looked at me again and said, ‘Have you recently had an abortion?'”

“I don’t know the thought process behind that … I just thought, ‘What’s the relevance of that to my situation?'”

A spokesperson for US Customs and Border Protection told The Guardian the organization took “allegations of unprofessional behavior seriously.”

“CBP has standard procedures for handling allegations of misconduct. If we confirm employee misconduct, we will take firm and appropriate action to correct the situation.”

Gourley was flying through the US to Canada on the visa waiver program. The program allows citizens of various countries, such as Australia, to travel to the United States for tourism or business for stays of 90 days or less without obtaining a visa.

Gourley was deported to Australia for breaching conditions of the program. A spokesperson for US Customs and Border Protection said the visa waiver program prohibits applicants from engaging “in any type of employment or get compensation for services rendered.” According to the program, house-sitting for free accommodations falls under this rule.

Madolline Gourley has previously freelanced for . Gourley and US Customs and Border Protection did not immediately respond to Insider’s request for comment.