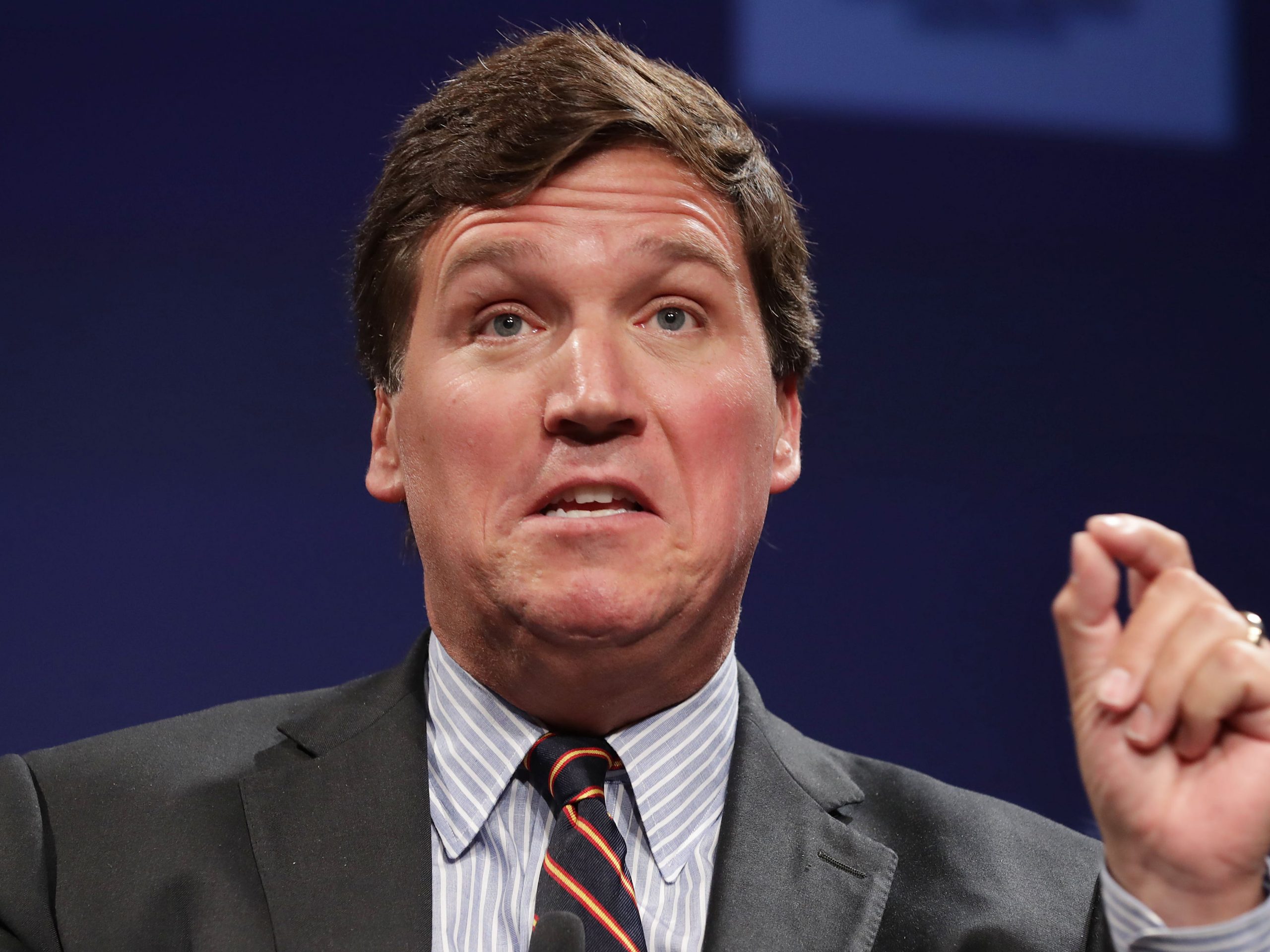 Fox News host Tucker Carlson unintentionally became the subject of a fundraising effort for abortion rights after a screengrab from an episode of “Tucker Carlson Tonight” was minted into a non-fungible token.

The NFT was created by artist Jenny Holzer and auctioned off Saturday to raise money for three reproductive rights organizations.

The image was a screenshot of a tweet that included a screengrab of a Fox News episode featuring Carlson and Wisconsin Sen. Ron Johnson that aired in May 2021.

The NFT also contains an unintentionally pro-choice message displayed on the Fox News chyron during the show: “Making an informed choice regarding your own body shouldn’t be controversial.” Also shown was the phrase “Standing Up For What’s Right.”

While Carlson and Johnson had been discussing COVID-19 vaccines and arguing that people should have to right to decide whether to take them, Holzer had a different interpretation of the scene in the screengrab.

“The chyron on Tucker Carlson Tonight on May 11, 2021, proclaimed that MAKING AN INFORMED CHOICE REGARDING YOUR OWN BODY SHOULDN’T BE CONTROVERSIAL,” Holzer wrote in an Instagram post. “The chyron was meant to be read as an anti-vaccine pronouncement, but the words could be a pro-choice statement.”

In her post, Holzer said the “contradictions” between Carlson’s previous statements on the vaccines and his current stance on abortion rights made her think of her earlier work on the “anxiety, humor, banality, tragedy, and urgency of modern life,” hence the NFT.

The NFT, titled “BODY,” was sold for 12.1 Ethereum  — which at press time was worth approximately $14,000 — on Saturday to an unnamed buyer who also owns several other NFTs.

“Social health is the goal. We must protect the rights of the individual that protect the health of society,” Holzer wrote, announcing the auction, and saying it would benefit Planned Parenthood, the Center for Reproductive Rights, and the PAI, a safe abortion advocacy organization.

According to The Washington Post, the NFT went up for auction on Friday after the Supreme Court overturned Roe v. Wade.

Gillian Branstetter, who sent out the original tweet in May 2021, told The Post she would donate her proceeds cut to the DC Abortion Fund.

“I will confess a lot of ignorance about NFTs generally, but was happy to give permission for this work to help raise some much-needed funds for abortion access,” Branstetter said to The Post.

Carlson has railed against abortion rights after the SCOTUS ruling on Roe v. Wade. Last week, he claimed that corporations were helping employees get abortions out-of-state because people “without families are much cheaper for the company.”