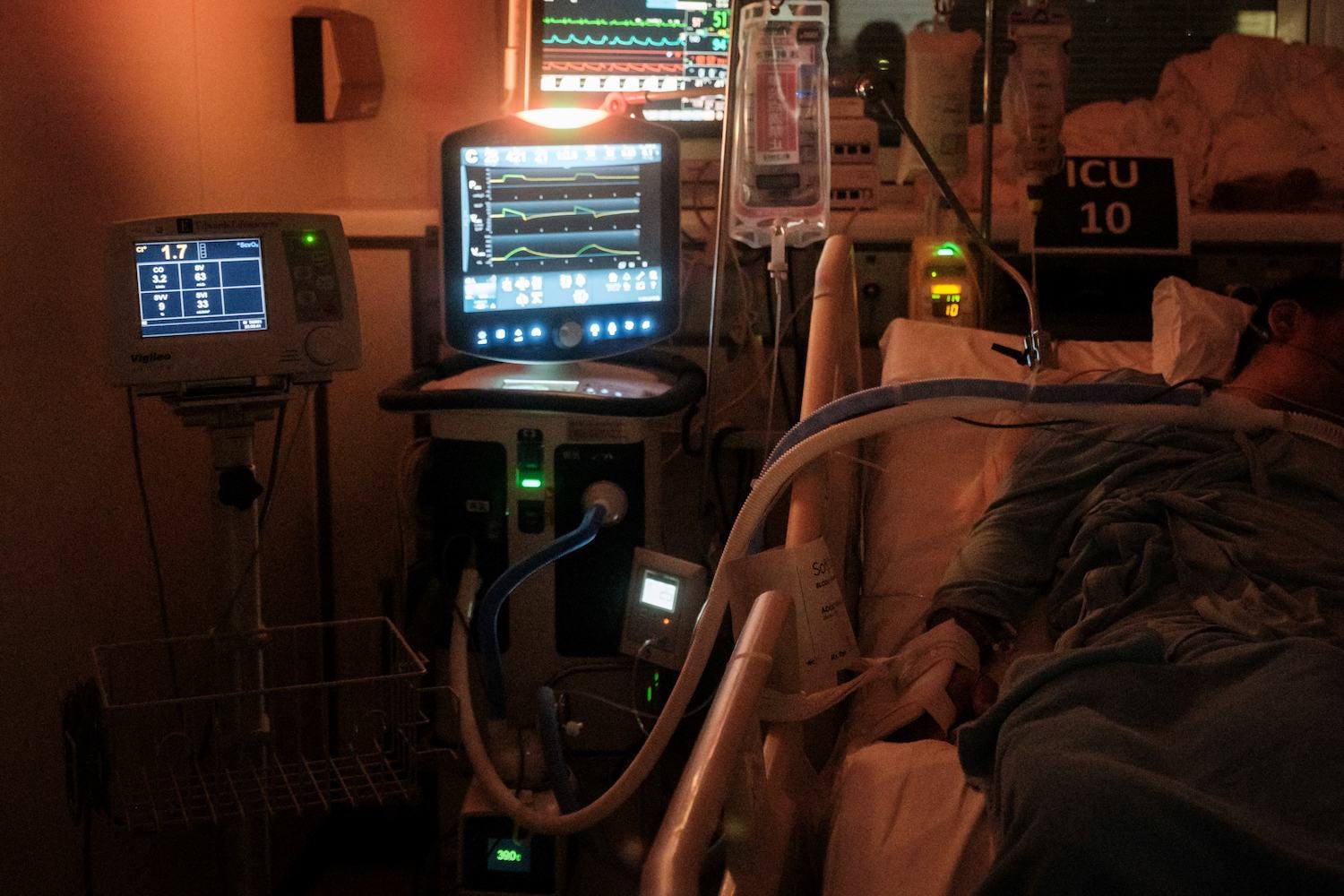 A COVID-19 coronavirus patient on a mechanical ventilator.

Anti-vax podcaster Doug Kuzma has contracted the coronavirus and is now hooked up to a ventilator at a Virginia hospital, according to attorney Lin Wood and his podcast network.

Wood, who pushed false claims that the 2020 presidential election was rigged against former President Donald Trump and who has ties to the QAnon conspiracy theory movement, said in a Telegram message on Friday that Kuzma contracted COVID-19 after attending the right-wing “ReAwaken America” event in Dallas earlier this month.

“Doug has taken a turn for the worse,” Wood wrote. “His lungs are not responding to treatment.”

Frog News, Kuzma’s podcast network, also said in a series of Telegram messages that Kuzma has been “sedated and on a ventilator.”

The Dallas event ran from December 9 to 11 and was part of a national tour of right-wing speakers like MyPillow CEO Mike Lindell and Trump’s former national security advisor, Michael Flynn, according to a list of headliners posted online. At the event, the speakers pushed baseless claims of voter fraud in the 2020 presidential election and spread misinformation about the coronavirus.

Since vaccines became available to the public, a slew of other conservative podcasters and radio hosts who’ve expressed anti-vaccine sentiments have contracted the coronavirus. At least seven of them died this year.