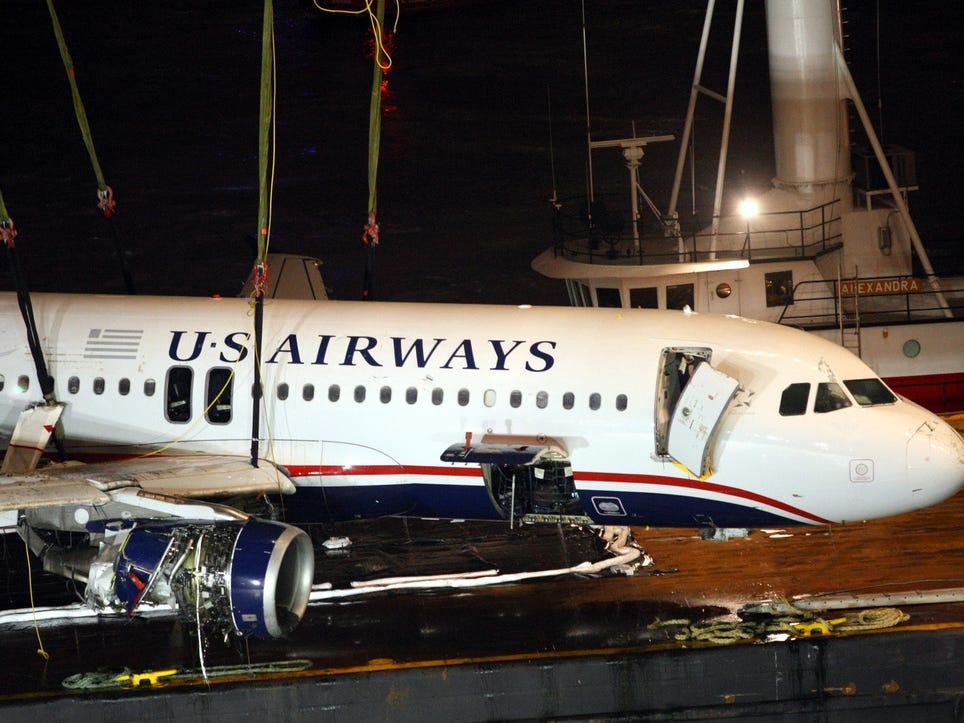 It has been 13 years since captain Chesley “Sully” Sullenberger and first officer Jeffrey Skiles maneuvered a fully loaded Airbus A320 jet onto the Hudson River after the plane suffered total engine failure from a bird strike. The damaged US Airways aircraft crash-landed on the water, but, there were zero fatalities. Sullenberger’s heroic life-or-death decision has become world-famous, with the accident dubbed the “Miracle on the Hudson.” Sully presented with keys to the city.

150 passengers were on board the plane, who evacuated after the crash at the direction of flight attendants Donna Dent, Doreen Welsh, and Sheila Dale. Flight attendants presented with keys to the city.

The passengers were forced to stand on the wings and sit in rafts in freezing temperatures as the aircraft slowly sunk, anxiously waiting for rescue boats to arrive. 14 boats and dozens of emergency first responders and ferry crews saved the passengers within minutes of the accident. Many of the passengers had been exposed to harsh 30-degree waters. Passengers being rescued from the raft.

In an interview with WCNC in 2019, passenger Barry Leonard, who was first to exit the plane, explained the harrowing situation. “I didn’t know what to do,” he said. “The flight attendant said jump. So I jumped.” He was in the water for about four minutes before being pulled onto a raft. Passengers stand on the wings of the ditched plane.

The “miracle” grabbed the attention of people across the world and even inspired the movie Sully, where Tom Hanks played the skilled pilot. Moreover, the National Transportation Safety Board described the flight as “the most successful ditching in aviation history.” After the NTSB determined the cause of the crash, it was clear the historic plane needed a permanent home. So, the A320 was put up for auction by insurance firm Chartis but, unfortunately, had no buyers. However, the plane was not going to be scraped. Instead, it was donated to the Carolinas Aviation Museum in Charlotte, North Carolina by the American International Group. The plane was transported via highway to its new home. Sully spoke at the museum in June 2011 for the plane’s arrival and was accompanied by many of the passengers and other crewmembers. Sully speaking at the museum.

Survivors also donated personal belongings to be on display in the museum. Moreover, several artifacts from the crash, like life vests, seat cushions, and emergency doors, are also part of the exhibit. Sully inside the Miracle on the Hudson A320.

The A320 became the museum’s centerpiece, complete with the damage it suffered during the crash. Visitors got the opportunity to witness the dents and breaks to the engines… Miracle on the Hudson engine. Miracle on the Hudson nose. Miracle on the Hudson wing. Miracle on the Hudson tail.

According to the museum, the aircraft was a “game-changer” for revenue, with guests coming from all over to see the famous plane. What was once a niche site with mostly unknown aircraft quickly became a place of national and historic significance. Insider’s Taylor Rains at the Miracle on the Hudson exhibit.

Not only could visitors see the plane up close, but they could also hear from the survivors of the accident. Passengers regularly spoke at the museum, sharing their stories from that dramatic day. Insider’s Taylor Rains with a Miracle on the Hudson survivor. Miracle on the Hudson passengers.

The plane was the museum’s centerpiece until 2019 when it was moved to storage after the site temporarily closed while it finds a new hangar to store its aviation collection. However, the A320 will not be gone forever. According to the museum, the aircraft will find a new home in 2022 where it will once again be on display for public viewings. Miracle on the Hudson fuselage.