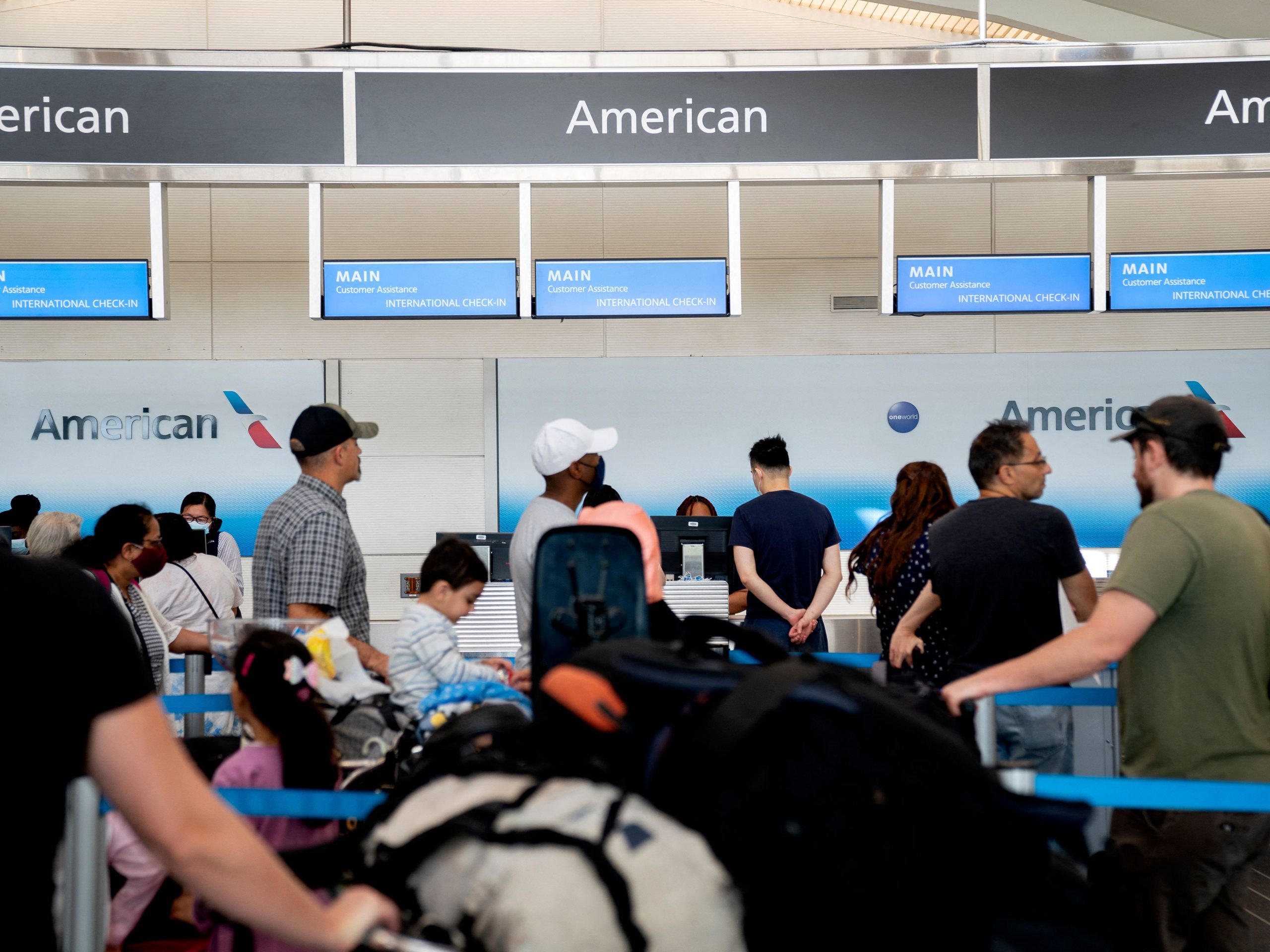 An American Airlines passenger said she had to get off the plane she had just boarded after a five-hour delay because the pilots had run out of flying time.

Sheila Gray had arrived at Charlotte on Saturday after returning from Rome and was trying to get home to Boston.

She told Insider: “All I wanted was to get home to my bed. I had been up for 24 hours at this point and the deplaning was just the straw that broke the camel’s back.”

During the layover at Charlotte, her flight was delayed numerous times because “the plane was in a hanger being repaired,” the gate agent told her.

Once the plane was ready, just 20 minutes after boarding the pilot asked all passengers to leave the aircraft because “the crew has timed out and couldn’t fly. We all deplaned and started scrambling to see if we could find other flights.”

Gray added: “People were angry and yelling at the gate agents. One irate gentleman in the gate area was later escorted off the plane after we reboarded. I did not hear him causing a commotion on the plane but had seen him after we were taken off the plane.”

Replacement pilots were found and the original cabin were also able to fly, it transpired.

Gray shared text messages from the airline showing all the numerous rescheduling of her flight. She stressed that “the gate agents and flight attendants were wonderful,” but everyone was angry at the pilot “because surely he knew he was about to time out before we boarded – he continued to let us board anyway.”

Gray, her husband, and two daughters often fly with American but this was not their first bad experience. Last month the family missed a connecting flight from Philadelphia to Boston when their flight from Paris was delayed.

Summer chaos continues to affect many passengers’ travel plans. Thousands of flights have been canceled and airlines struggle to cope with demand, with luggage piling up in some terminals.

American Airlines did not immediately respond to Insider’s request for comment.