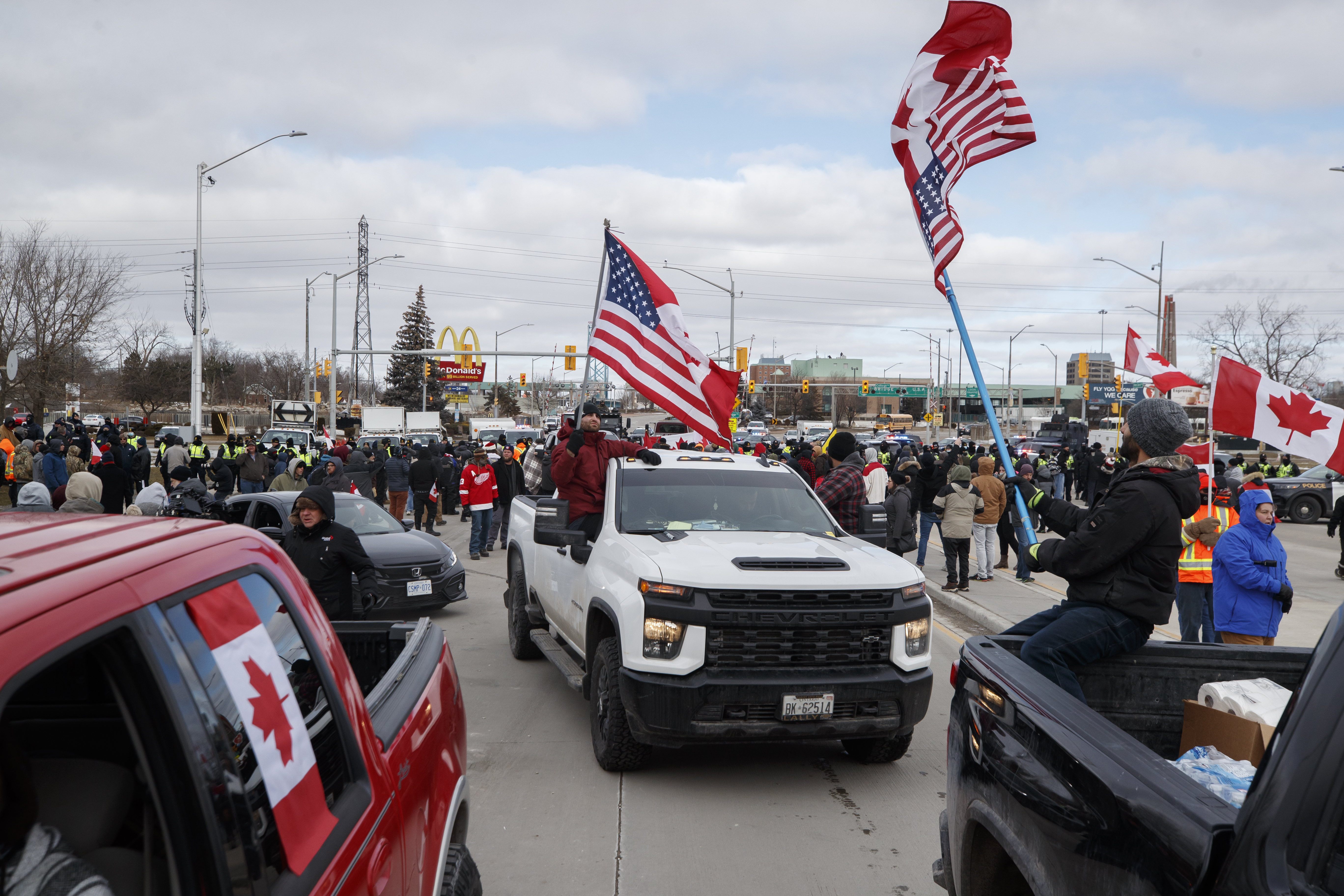 Esther Jentzen, spokeswoman for the Detroit International Bridge Co., said in a text to The Associated Press that the bridge reopened to traffic at 10 p.m.

Liz Sherwood-Randall, the White House homeland security adviser, released a statement earlier Sunday saying that she spoken to the Canadian national security and intelligence adviser, Jody Thomas, on Saturday to “express appreciation for the decisive law enforcement efforts that are underway along the border to advance toward full resolution of the blockades.”

The demonstrations by the “freedom convoy” in Canada have left both nations scrambling to restore commerce after the truckers blocked the Ambassador Bridge, which connects Michigan and Ontario.

The situation got so bad last week that the Ontario premier declared a state of emergency on Friday, and police arrested multiple remaining protesters earlier in the day on Sunday.

The statement from Sherwood-Randall indicated that the worst of the protests were over and that the bridge was being restored. The adviser said Homeland Security Secretary Alejandro Mayorkas and Transportation Secretary Pete Buttigieg had spoken with their Canadian counterparts on Sunday morning, and that “Canadian authorities are taking proactive steps to ensure no further unlawful disruption of the flow of people and goods occurs.”

Sherwood-Randall added that White House staff was in contact with Michigan Gov. Gretchen Whitmer, as well as other U.S. governors who lead northern border states and members of Congress.

“We stand ready to support our Canadian partners wherever useful in order to ensure the restoration of the normal free flow of commerce can resume,” she said.