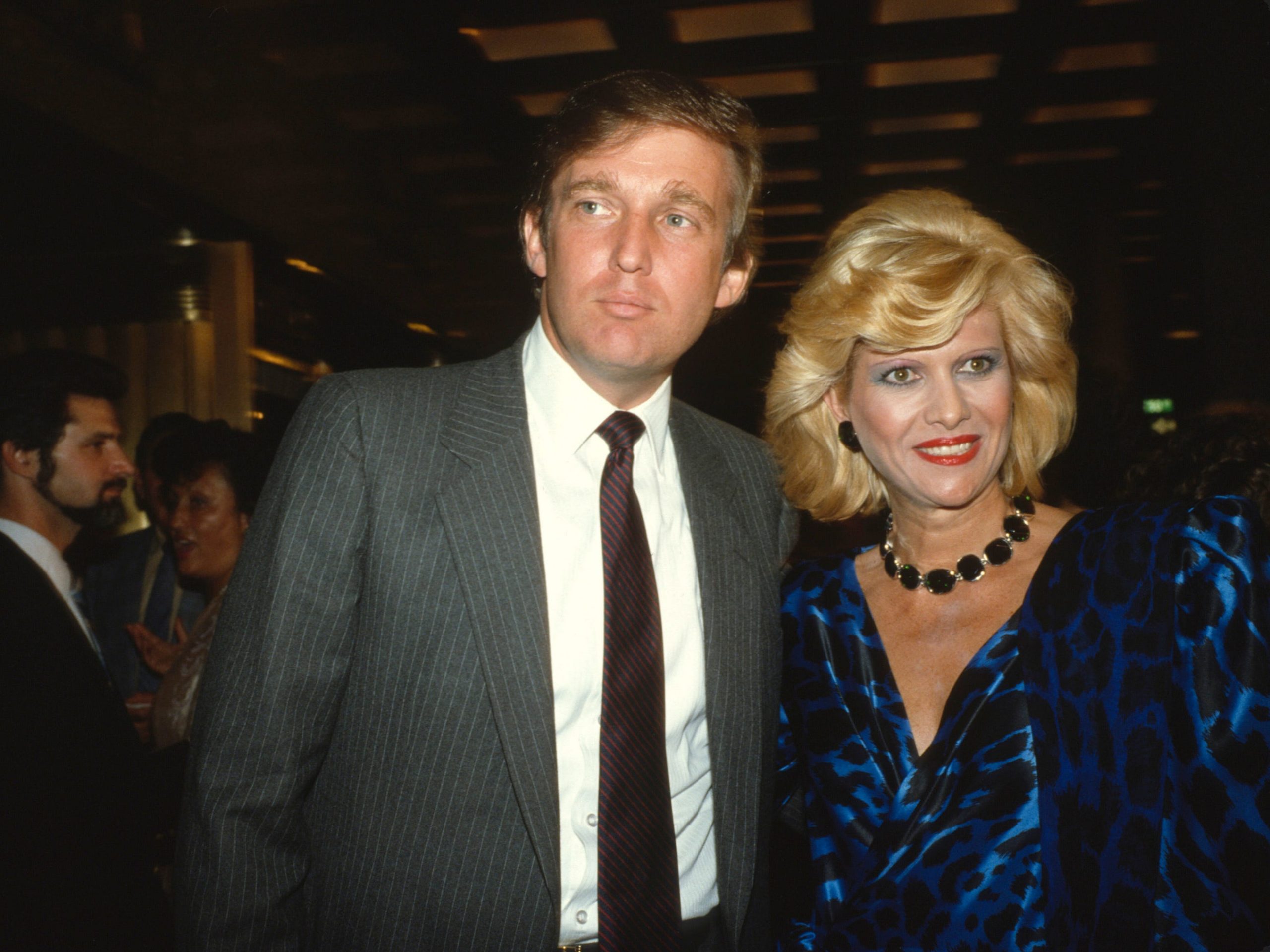 Donald Trump and Ivana Trump stand side by side in September of 1984 half-way through their marriage — 7 years after they married and 6 years before their divorce.

Ivana Trump’s funeral will be held at 1:30 p.m. Wednesday in a century-old, gothic-style church a block from her Manhattan neighborhood.

With its arching granite ceiling and tall, stained glass windows, the Church of St. Vincent Ferrer — in the borough’s expensive Upper East Side — will lend grandeur to a funeral mass expected to be attended by a former president.

A business professional in her own right, Ivana Trump, 73, was the first of Donald Trump’s three wives. She was his one-time professional confidante and mother to his three eldest children, Ivanka Trump, Donald Trump, Jr., and Eric Trump.

And while no invitee list had surfaced by Tuesday for the private mass, signs suggest Donald Trump, 76, will accompany their three children to the Roman Catholic mass scheduled for the opulent church where Andy Warhol once worshipped and the funeral of one-time vice-presidential candidate Geraldine Ferraro was also held.

The former president is widely reported to have remained on good terms with Ivana Trump, who was found dead on Thursday at the foot of her townhome’s spiral staircase.

Her death has been ruled accidental by the New York City medical examiner’s office, which said the cause was blunt impact injuries to the torso sustained from the fall.

In another indication of his planned attendance, Donald Trump — who cringingly paired an announcement of Ivana Trump’s death with a request for political donations — arrived in New York City on Monday already dressed for a funeral. He wore a black suit as he and former First Lady Melania Trump rushed from a curbside SUV into Trump Tower on Manhattan’s Fifth Avenue, where he has a penthouse apartment, The Daily Mail reported.

There will be no other widowers, weeping or otherwise, in the pews.

Ivana Trump married once prior to Donald Trump and twice afterward, but she outlived all three of those husbands; her last, Rossano Rubicondi, predeceased her by only nine months.

And as for successor wives — again, weeping or otherwise — it’s not clear if Donald Trump’s second and third brides will attend.

Ivana Trump had an at times fractious relationship with Melania Trump, including early on in Donald Trump’s presidency, when both women announced they were the real “First Lady.”

“I’m basically first Trump wife, OK?” Ivana Trump quipped while promoting her memoir on Good Morning America in 2017, explaining why she’d held off calling the White House to congratulate her former husband and his third wife.

Melania Trump’s spokesperson quickly clapped back with an angry-sounding statement that made clear who was the real First Lady — and that pointedly demoted Ivana Trump to the lowly position of “ex.”

“Mrs. Trump made the White House a home for Barron and the President,” the statement said. “She loves living in Washington, DC and is honored by her role as First Lady of the United States. She plans to use her title and role to help children, not sell books.”

The scorching response continued, “There is clearly no substance to this statement from an ex. Unfortunately only attention-seeking and self-serving noise.”

Given that the relationship between Ivana Trump and her successor, Marla Maples, Donald Trump’s second wife, appeared to have been still chillier, it would be very surprising if she or her daughter Tiffany Trump attend.

Ivana Trump and Maples, an aspiring Broadway star from Georgia, had a notorious falling out after Donald Trump began an open affair with the younger woman.

Ivana Trump had said she would never forgive Maples, who in 2016 told People magazine that the animosity made her sad. There’s been no public evidence of the two patching things up since.

The family has asked that in lieu of flowers, donations be made to a charity close to Ivana Trump’s heart, the Big Dog Ranch Rescue in Florida.

“Ivana Trump was an incredible woman — a force in business, a world-class athlete, a radiant beauty, and caring mother and friend,” the charity quotes the family requesting on its donation and tribute page.

“Ivana Trump was a survivor. She fled from communism and embraced this country. She taught her children about grit and toughness, compassion and determination.

“Ivana was philanthropically involved with many charities throughout her entire life, but always remained steadfast and passionate in her love for animals. In lieu of flowers, we kindly ask you to support Ivana in her mission to help dogs and donate to Big Dog Rescue Ranch.”

Details of Ivana Trump’s funeral were first reported by Showbiz411 on Saturday.

The outlet noted that St. Vincent, appropriately, is the saint of builders; Ivana Trump had a hand in several of her husband’s developments during their marriage, including as CEO of the Castle Casino Resort in Atlantic City.