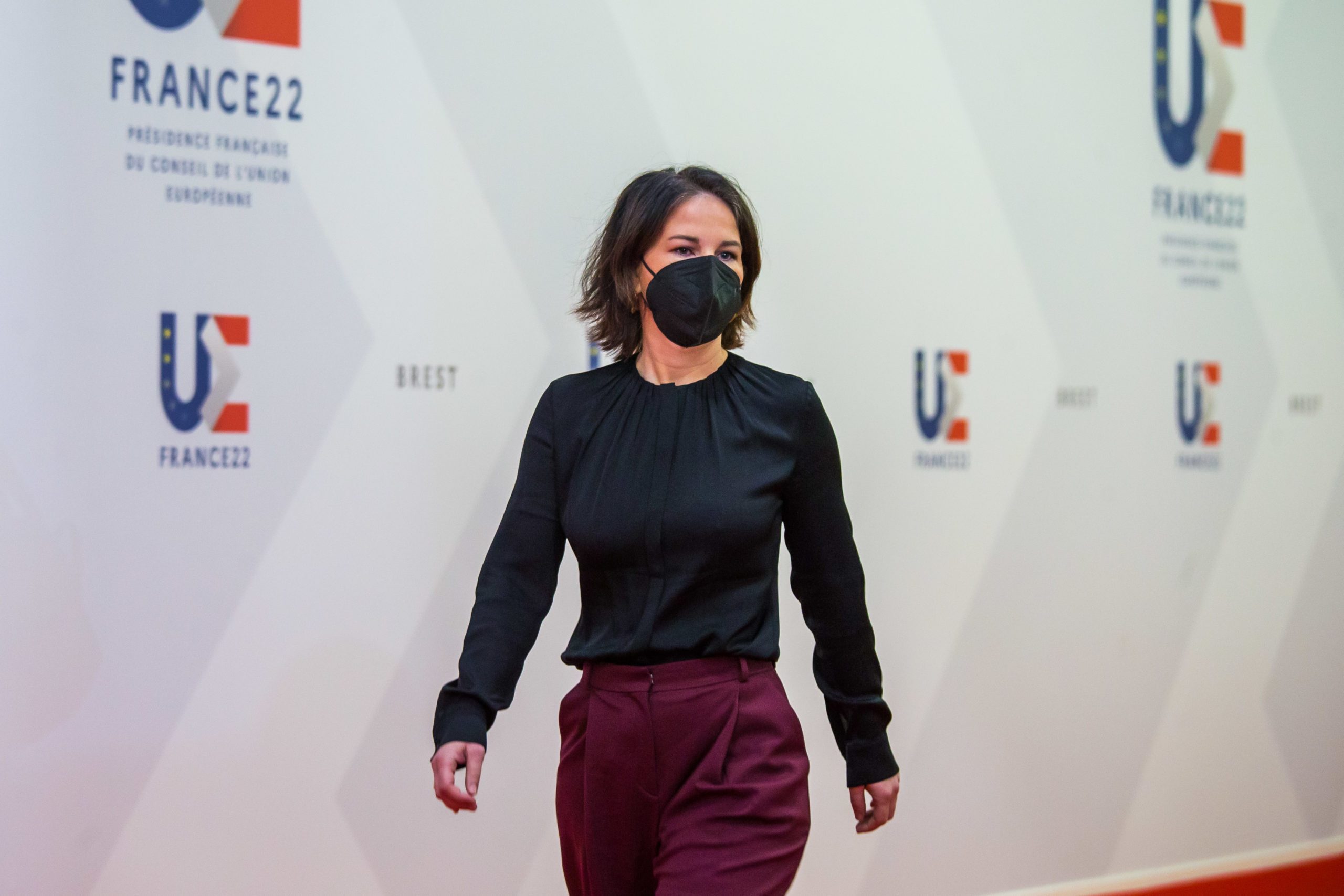 German Foreign Minister Annalena Baerbock on Friday downplayed a breakdown of negotiations between Russia and the West and said she’s traveling to Moscow for new talks next week.

The move comes after a week of dialogue between the U.S., NATO and Russia over security concerns in Eastern Europe fell short of satisfying either western fears that Moscow might invade Ukraine or Kremlin demands that western allies roll back their presence in the region.

Baerbock, however, argued that these were just the first steps in a broader set of discussions.

“There have been no joint talks with Russia within the framework of NATO for two years, and I don’t think anyone came to the negotiating table and thought: ‘We haven’t talked to each other for two years, now we’ll solve in a few hours everything that hasn’t been discussed in the last few years,’” Baerbock told reporters ahead of an informal meeting of EU foreign ministers in the French city of Brest.

Russia has mobilized around 100,000 troops at its border with Ukraine, causing U.S. officials to warn it may be plotting military action. Yet on Wednesday, NATO allies and Russia ended nearly four hours of security talks in a standoff, with Moscow refusing to remove its troops and the West flatly rejecting Russian demands that NATO halt any eastward expansion and withdraw its forces from Eastern Europe.

“Diplomacy, especially in times of crisis, is characterized by the fact that it requires a lot of perseverance, a lot of patience, and strong nerves,” Baerbock said. “We are doing everything we can to ensure that there is no further escalation.”

Baerbock’s call for further talks with Russia comes as Moscow’s Deputy Foreign Minister Sergei Ryabkov said Thursday that negotiations were at a “dead end” and that Moscow saw no use in continuing talks with the West for the time being.

Baerbock, however, said she will travel to Moscow next week to meet her Russian counterpart, Sergeĭ Lavrov.

“Personally, it is very important to me that we intensively use the different channels of conversation,” she said. “That’s why I’m also traveling to Moscow next week to hold talks at all the different levels.”

Baerbock’s trip will happen on Tuesday, her spokesperson Maria Sacharowa said, according to the German press agency.