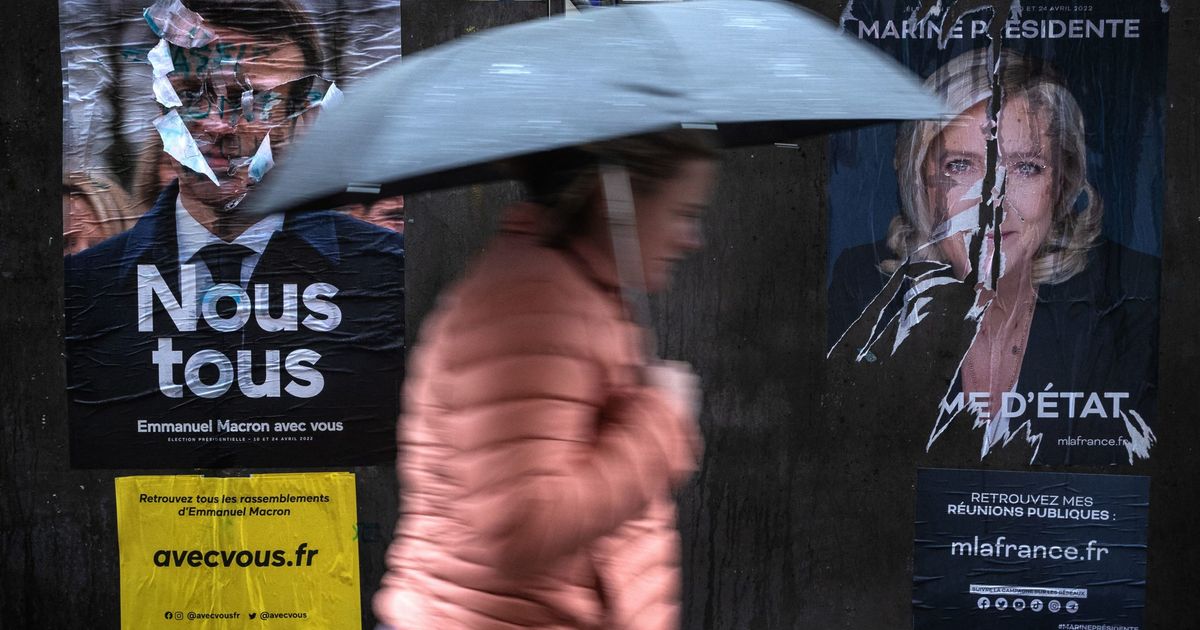 PARIS — Whoever wins France’s presidential runoff on April 24, the country is likely to face trouble in the streets before the year is out.

A widespread feeling that the election was hijacked by extraneous events, such as the COVID-19 pandemic and the war in Ukraine, combined with low overall turnout and a proportionally large vote for the country’s political extremes, has created a toxic cocktail of discontent. One which seems certain to spill over into protests.

In this highly political nation, many feel they have been robbed of a proper election campaign, with President Emmanuel Macron declaring his candidacy just one day before the deadline and continuing his presidential duties until the final week. Macron held only a single rally and a couple of stage-managed provincial walkabouts, while refusing to debate other candidates and declining most TV interviews before the first ballot. This refusal to campaign kept him out of his rivals’ reach, but it also left the public hungry for a real confrontation of ideas — a partial explanation for the highest abstention rate in 20 years.

If the centrist president does win reelection — still the most likely outcome after he led Sunday’s first round with 27.8 percent of the vote — upheaval is sure to follow, as his opponents have already begun to challenge his legitimacy. The President of the Senate Gérard Larcher, an amiable rural conservative, warned in the run-up to the vote: “If there is no campaign, the question of the legitimacy of the winner will arise.” Such comments fuel the contention of both the radical left and the far right that if Macron wins, he will have no mandate to reform the welfare state.

Anguish over soaring food and fuel prices have raised the specter of another wave of grassroots Yellow Jacket roadblocks, and trade unions have vowed to fight his flagship manifesto pledge, which would raise the official retirement age from 62 to 65.

In a country with a long tradition of taking to the barricades, another popular revolt against a president often perceived as arrogant and technocratic is highly likely. Strikes for higher pay and against pension reform could kick off within weeks after the August summer holidays.

Similarly, if Marine Le Pen — Macron’s opponent of five years, who scored 23.2 percent in Sunday’s first round — conquers the Elysée Palace in her third attempt, the hard-right nationalist is sure to face left-wing demonstrations against her anti-immigration “national preference” platform from day one, with violence from the radical fringes very probable.

Despite Le Pen’s efforts to project herself as a stateswoman and tone down her past Euroskeptic and anti-Islam rhetoric, as well as her long-standing admiration for Russian President Vladimir Putin, she remains a target of hostility from the left and the mainstream media.

Both finalists may also face difficulty securing a cohesive parliamentary majority in legislative elections due in June. Macron’s La République en Marche party, created mostly by political novices after his 2017 victory, has failed to put down roots and will need to team up with better-known allies. On the other hand, Le Pen’s National Rally is likely to run into an informal “Republican front” of mainstream politicians, determined to block a far-right sweep of the National Assembly.

“Whoever is elected president will have no sociological majority,” said Alain Duhamel, the doyen of French political commentators. “The biggest political force in France today is ‘dégagisme’ (get out-ism).”

The unexpectedly strong showing for anti-capitalist firebrand Jean-Luc Mélenchon — who polled at 22 percent — highlights the potential for militant opposition to either winner. Narrowly failing to reach the second round, the veteran leftist has urged his France Unbowed supporters not to give a single vote to the extreme right — but hasn’t endorsed Macron as the lesser evil.

Mélenchon’s emergence from the rubble of the burned-out mainstream Socialist Party symbolizes the triumph of social anger over the pragmatic, pro-European “governing left,” which enjoyed the trappings of office for decades while presiding over widening social inequality.

Mélenchon’s performance doesn’t make him kingmaker, since he won’t negotiate with either contender and polls suggest his voters will splinter across Macron, Le Pen and abstention. But it could make him a king-breaker if he were to spearhead a post-election protest movement.

Moreover, if Macron manages to defeat Le Pen in a repeat of their 2017 contest — which most voters said they had hoped to avoid — there is every indication that his margin of victory will be far narrower. Squeaking back into the Elysée with a marginal win over an opponent he has branded an extremist would undoubtedly weaken his authority.

This all points to a “third round” that would play out in the streets early in the centrist president’s next term.

Five years ago, after the insurgent Macron’s triumph over the entire political establishment, I warned in this column that “France is rarely liberal for long.”

Macron has mellowed in office. Due to the circumstances, his policies have become far more statist and protective than he envisioned when taking the helm. Popular resistance as well as events such as the pandemic and the return of war in Europe have changed his outlook.

But they have not changed the volatile, rebellious nature of French politics. We may soon see proof of that.