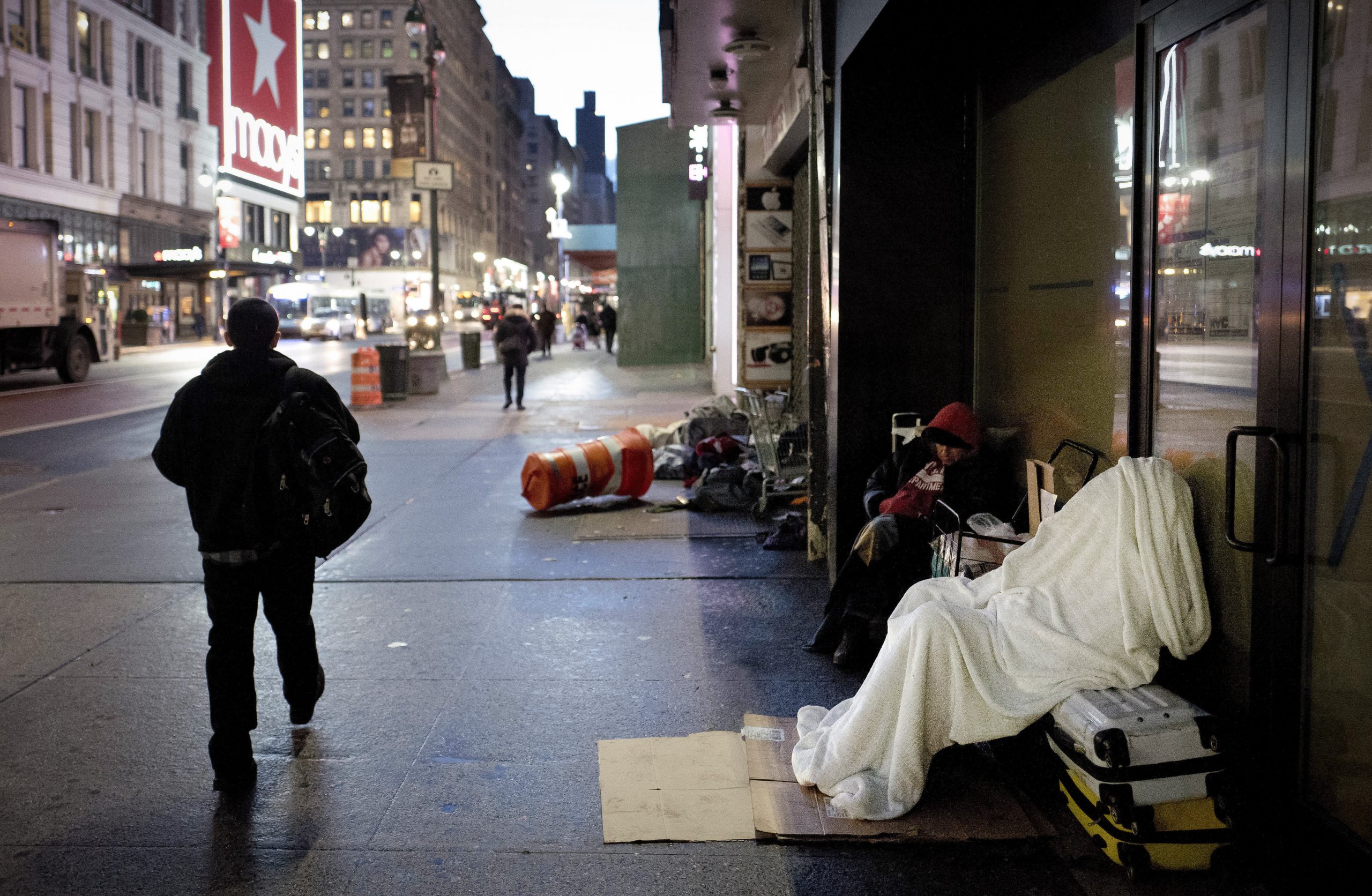 NEW YORK — Mayor Eric Adams is attributing a surge in the city’s homeless shelter population to asylum seekers being bused into New York from other parts of the country — citing 2,800 people entering the system in recent weeks.

Adams called on the White House for assistance Tuesday — without which, he said, the city “may struggle to provide the proper level of support our clients deserve.”

Details: There were 48,188 people sleeping in Department of Homeless Services shelters on a recent night, up from about 45,000 three months ago, according to city figures. A spokesperson for the agency said asylum seekers are the major driver behind the spike over these months, but said the 2,800 people cited by the mayor have come in over roughly the past six weeks.

Adams said the asylum seekers are arriving from Latin America and other regions, and in some instances, being sent in on buses by the federal government and the state governments of Texas and Arizona.

“In order to both meet the legal mandate as a right-to-shelter city and provide high-quality shelter and services for those who enter our system, New York City needs additional federal resources immediately,” Adams said in a statement on Tuesday.

New York City is legally required to provide shelter to everyone who needs it.

The U.S. has seen record levels of migrant arrivals along the southern border in recent months.

The reaction: Renae Eze, a spokesperson for Texas Gov. Greg Abbott, said the state has only been busing migrants to Washington, D.C., transporting over 5,100 people since April.

“If these Democrat mayors are now that concerned about having migrants in their cities, they should call on President Biden to do his job and secure the border, instead of attacking Texas with baseless political accusations,” she said in a statement.

Arizona Gov. Doug Ducey also denied sending migrants to New York and said on Twitter that Adams “needs to get his facts straight.”

The Legal Aid Society and the Coalition for the Homeless, meanwhile, also slammed Adams’ comments.

“Let’s be clear: the growing shelter census crisis squarely falls at the Mayor’s feet, and asylum seekers shouldn’t shoulder the blame for this,” the groups said in a statement.

“There’s all these other reasons why the census is increasing and it doesn’t seem right to say that this group is the one that is most responsible for the increase, unless they’re going to show us the data,” said Legal Aid attorney Joshua Goldfein.

He detailed factors including rents spiking in the five boroughs, bureaucratic obstacles to using rental vouchers, reduced funding for city enforcement to prevent source of income discrimination, a lack of lawyers to represent people in housing court, and an ongoing lack of new apartments affordable to people in the shelter system.

The White House didn’t immediately return a request for comment.