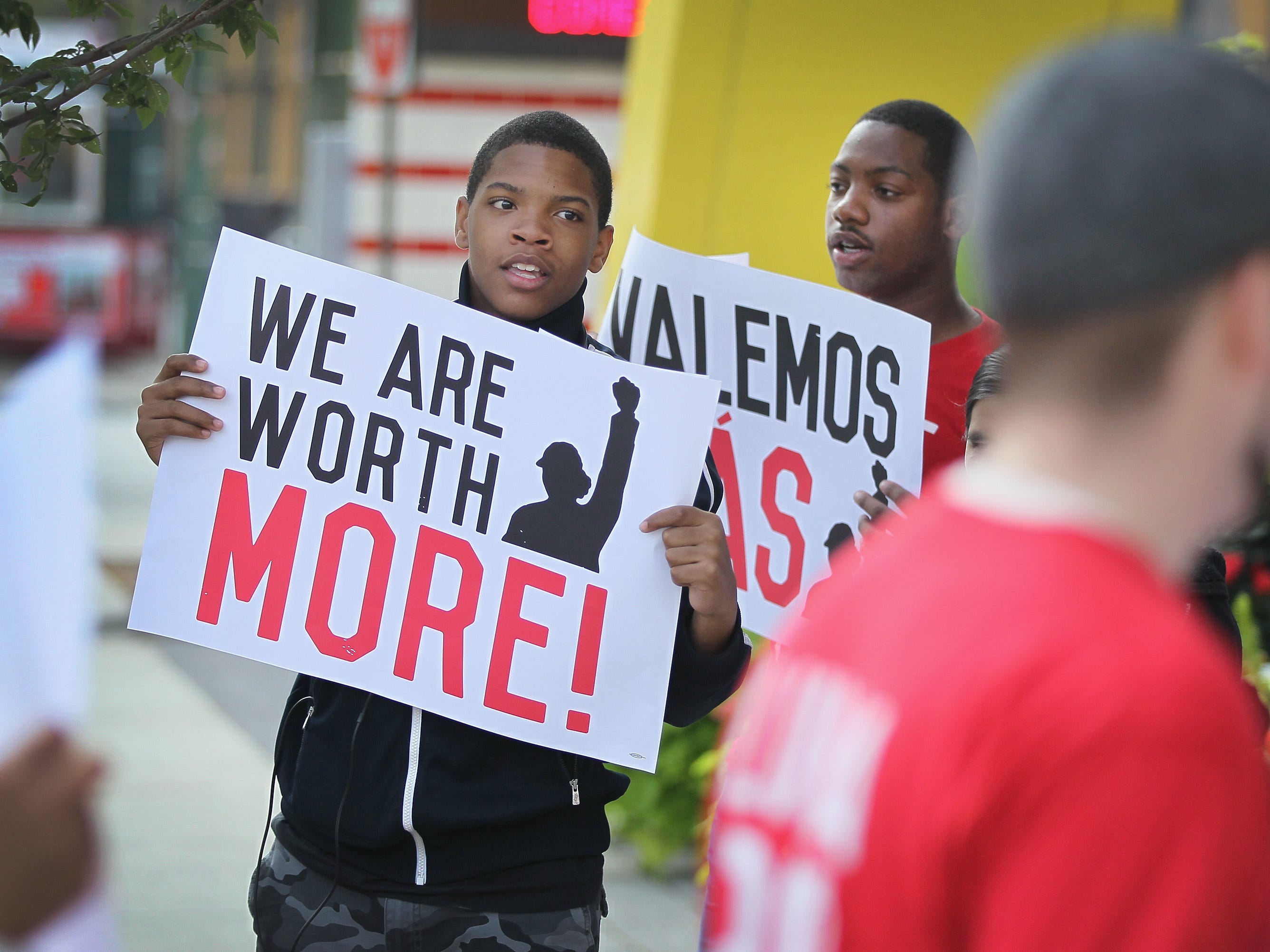 A record-breaking number of workers quit their jobs in November — and the White House is celebrating.

That’s because workers in the lowest-paying sectors decided to throw in the towel and bid goodbye to their old jobs, according to the Bureau of Labor Statistics’ latest data release. In leisure and hospitality alone, a record 1 million workers quit their job. At the same time, hiring boomed and job openings fell slightly, suggesting that workers weren’t permanently leaving the workforce, but rather job switching.

National Economic Council Deputy Director Bharat Ramamurti tweeted out a chart from the left-leaning Economic Policy Institute that showed how quits were elevated in lower-paying sectors. The chart in particular compared the rates of quits and hires by industry:

The ongoing pushback against a wage shortage, as workers leave low-wage jobs for higher-paid work, comes after decades of stagnant and declining wages.

Indeed, workers with less than a college degree have seen their wage expectations skyrocket up, according to the Federal Reserve Bank of New York’s Survey of Consumer Expectations Labor Market Survey. The lowest wage they’d be willing to accept for a new job has grown by about 16.5% from November 2019 to November 2021. Nick Bunker, an economist at Indeed, pointed out on Twitter that the entire increase in how much workers expect from a new job has been driven by workers with less than a college degree.

“It’s time for employers to realize that it’s frontline workers like us who keep the doors open — and if they want us to keep showing up they need to respect us, protect us and pay us what we deserve,” Maribel Cornejo, a McDonald’s worker and leader with the Fight for $15 in Houston, Texas, previously said in a statement to Insider.

But even as wages rise and workers act with their feet to drive up pay, the federal minimum wage has not increased since 2009. It remains at $7.25 an hour. A push last year to raise it to $15 an hour as part of Biden’s American Rescue Plan ultimately failed, with eight moderate Democrats voting against the proposal.

“I’m hopeful that we can get the $15 an hour minimum wage through the Congress,” Walsh said. “It’s a baseline wage for workers.”