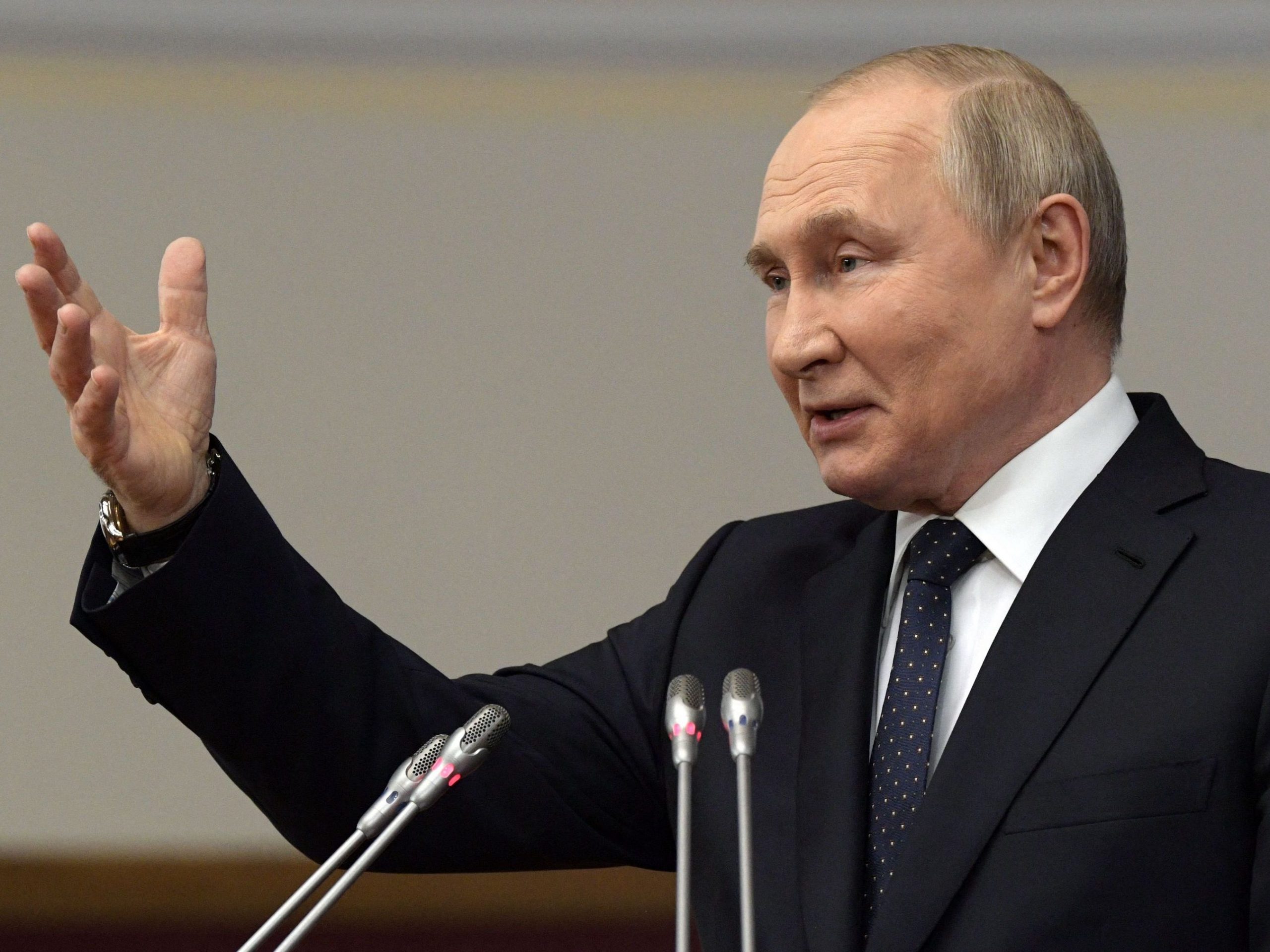 Russian President Vladimir Putin has warned of “catastrophic consequences” for the global energy markets if more sanctions are imposed on the country.

Russia is waging two simultaneous wars — one against Ukraine and an energy war against the West, a Ukrainian government official said on Monday.

Olena Zerkal, an adviser to Ukraine’s energy minister, made the remark during a panel discussion at Chatham House, a London-based think tank.

Russia has been reducing natural-gas flows to Europe over the last few months, citing reasons such as energy companies’ refusal to pay in rubles and an equipment hold-up in Canada. In 2021, Europe accounted for roughly 75% of Russia’s natural-gas exports. Now, Europe is nervous Russia could cut off gas flows completely in retaliation for the sweeping sanctions it’s been hit with over the Ukraine war.

Europe depends on Russia for 40% of its total natural-gas needs, from cooking in homes to firing power stations, and most of this is delivered via pipeline.

Last week, Russian President Vladimir Putin said there would be “catastrophic consequences” for the global energy markets if more sanctions were imposed on Russia.

But Ukraine’s Zerkal said Putin is posturing, as the natural-gas supply cannot be simply turned on and off.

Russian energy expert Margarita Balmaceda told the “Marketplace Morning Report” in March that “somebody like Putin loves the optics of closing the pipeline, closing the supply spigot — but in reality, natural gas doesn’t really work like that.”

“You cannot really stop producing natural gas so quickly. And if you do not have somewhere to store natural gas that you have already produced, your only choice is either to let it flare in the air, or to continue shipping it,” Balmaceda said on the radio show. She was referring to a controlled burning of the fuel that releases it into the atmosphere.

Zerkal said Russia is “very limited in their possibilities to proceed with this bluff,” per The National.

Germany — Europe’s top economy — is also aware that it would be challenging for the Kremlin to simply turn the natural-gas taps off. German economy minister Robert Habeck said the key natural-gas pipeline that carries the fuel from Russia to Europe “is not like a water tap,” the AFP reported on Monday.

Even so, Germany is nervous that Russia won’t turn the key Nord Stream 1 pipeline back on after shutting it down on Monday for a scheduled 10-day maintenance. Berlin is already telling people to conserve energy.

“Everything is possible, everything can happen,” German Economy Minister Robert Habeck told Deutschlandfunk radio on Saturday, according to a Guardian translation. “It could be that the gas flows again, maybe more than before. It can also be the case that nothing comes.”