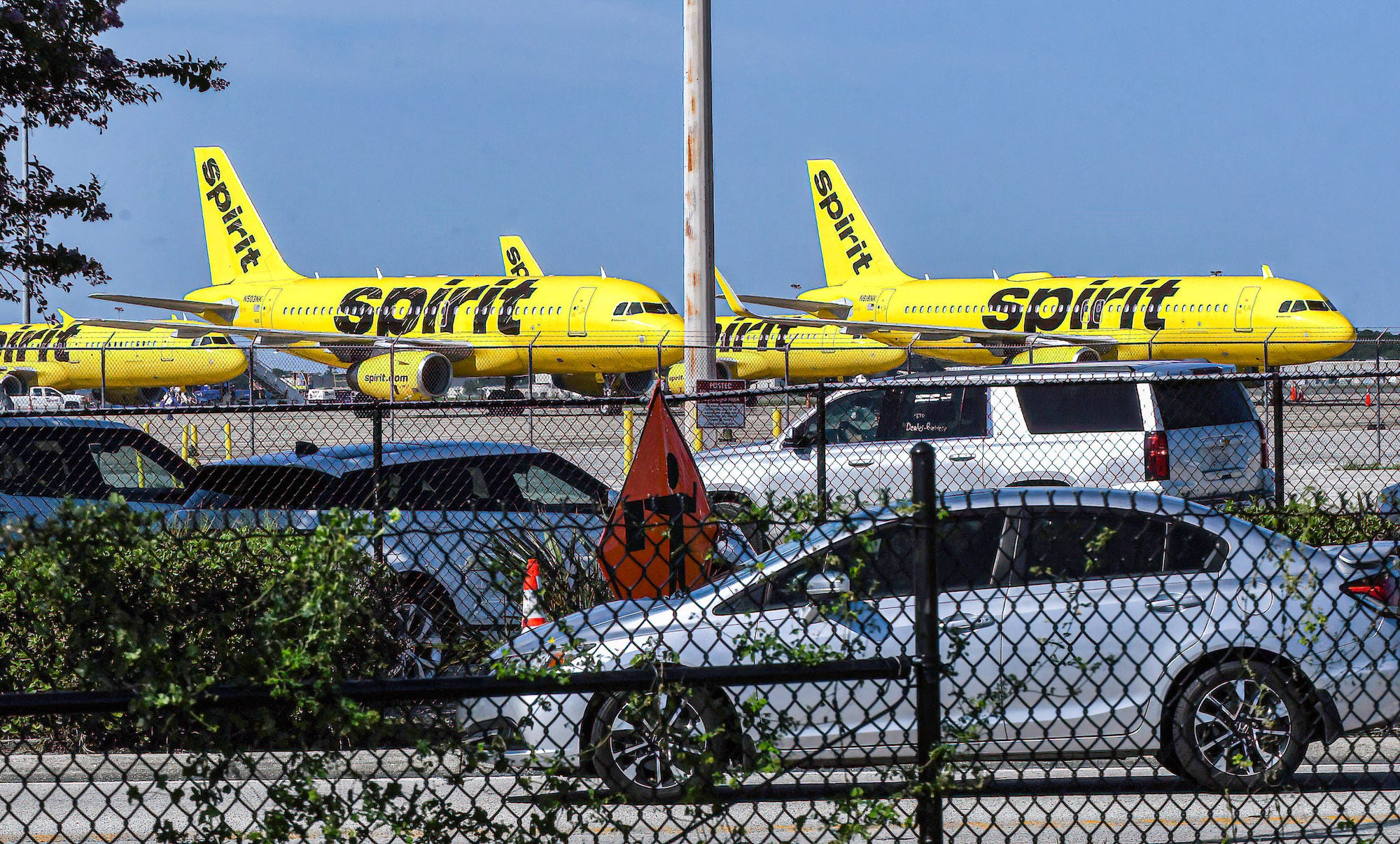 Spirit Airlines aircraft are seen parked at the end of a runway at Orlando International Airport.

Federal prosecutors in Tennessee announced Tuesday that they charged a woman with interfering with a flight crew, accusing her of kicking and hitting flight attendants and screaming that she wanted to get off the plane.

The incident, aboard a Spirit Airlines flight from Fort Lauderdale, Florida, to Nashville, occurred on November 27 after two airline passengers asked to change seats because a women’s “disruptive behavior made them feel uncomfortable,” according to a criminal complaint.

The woman, 43-year-old Amanda Renee Henry, had “acted flirtatious” and “made lewd sexual advances” towards the passengers, placing her hands on both of them and even laying her head on one passenger’s shoulder, the complaint said.

A flight attendant told federal authorities that Henry — who appeared drunk — grew “irate and belligerent” once the men moved to different seats. The complaint said Henry grew even more disruptive when the flight attendants asked her to move to a different row, away from the emergency exits.

Henry then grabbed her carry-on luggage, ran down the length of the cabin towards the front of the plane, and screamed, “I’m getting off this plane,” according to the complaint.

When the two flight attendants attempted to restrain her, Henry kicked and screamed at them, dragged one by her ponytail, and punched the other in the face, the complaint said.

The flight attendants ultimately placed flex cuffs around Henry’s feet, but failed to cuff her wrists, according to the complaint. A passenger who identified himself as a firefighter, and said he was “used to speaking with individuals under the influence,” offered to sit next to Henry and calm her down until the plane landed.

“Henry’s actions while seated in the exit row required Flight Attendants 1 and 2 to forego their other duties to relocate Henry and other passengers for aircraft safety,” the complaint said. “Flight Attendants 1 and 2 were also forced to neglect their normal duties as they restrained Henry as she ran through the aircraft, was returned to her new seat, and withstood her physical assaults while they tried to secure her in her new seat.”

Henry was arrested by police officers from the Nashville Airport Department of Public Safety and charged with public intoxication, but court records show that the charge was later dismissed.

Spirit Airlines did not immediately respond Tuesday to Insider’s request for comment. It was unclear whether Henry had a lawyer, and none was listed for her in local or federal court documents.

Attorney General Merrick Garland announced last month that the Department of Justice would crack down on passengers who commit federal crimes aboard commercial aircraft, amid an apparent uptick in unruly or violent incidents that have garnered media attention.