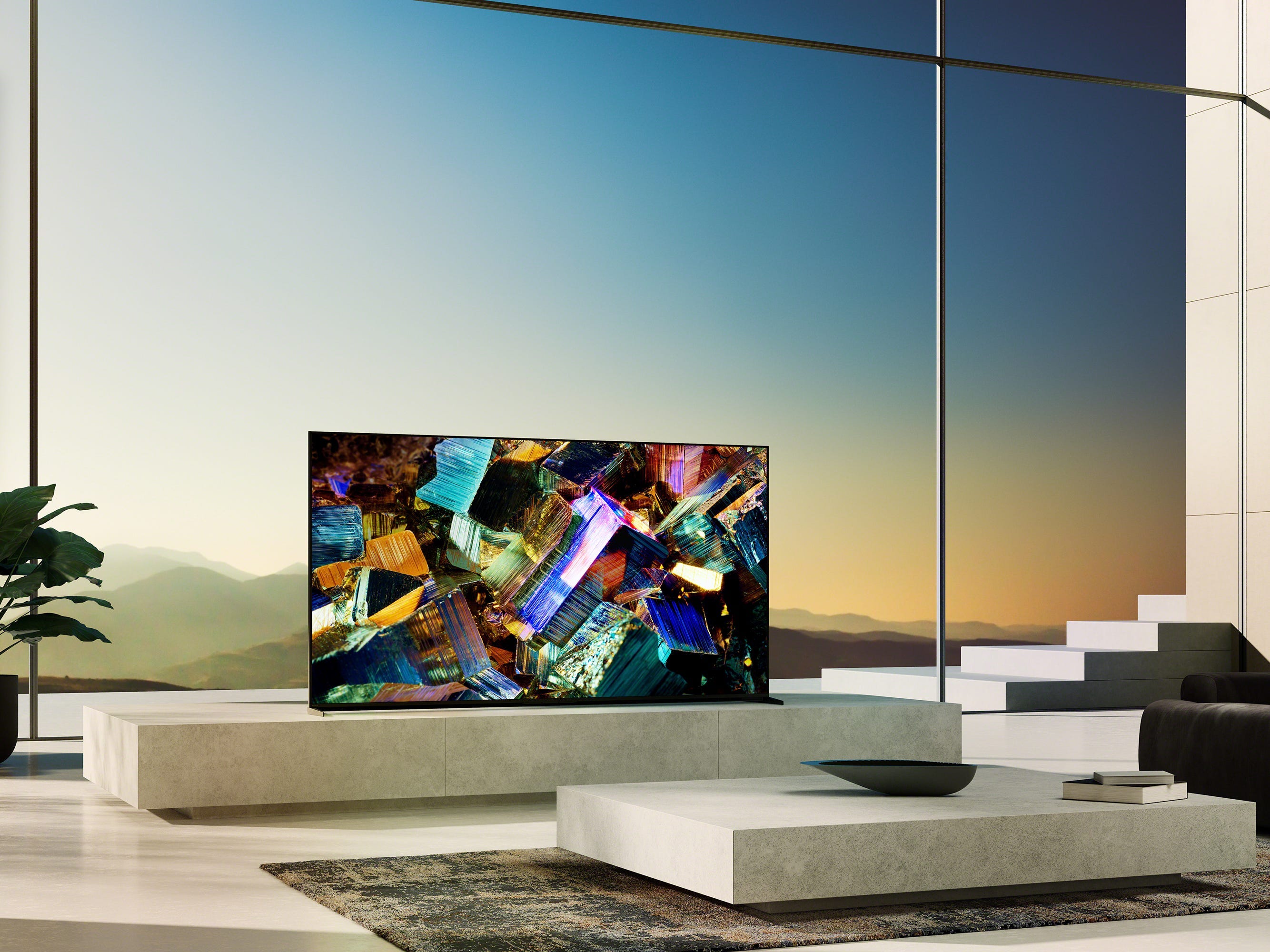 CES 2022 has arrived, and to help kick off the year’s biggest tech show, Sony has unveiled its new collection of 4K and 8K TVs. The lineup features a wide range of displays, but the real highlights are the company’s new Mini LED and Quantum Dot (QD) OLED models.

OLED TVs already deliver the best overall picture performance you can buy, and QD OLED technology aims to take image quality even further through the addition of a color technology called quantum dots. So far, Sony is the only company to announce a consumer OLED with quantum dots, and the feature could give it a major edge when it comes to delivering vibrant colors.

Meanwhile, Mini LED tech should help improve contrast and black levels on Sony’s new LCD TVs. Mini LEDs were already used in TVs from LG, TCL, and Samsung last year, and we were impressed with the results, so we’re excited to see what Sony can do with the tech in 2022.

Sony is also bundling its new Bravia Cam with select 2022 TV models. The special camera connects to the TV for video chats and gesture controls. It can even track your movements to automatically optimize sound and picture depending on where you sit.

Below, we rounded up key specifications and sizing for Sony’s 2022 Mini LED and OLED TV models. We’ll update this page with release dates and pricing details when they’re announced this spring. Sony’s new flagship OLED could be the brightest and most colorful OLED on the market when it hit stores in 2022.

The highlight of Sony’s 2022 TV lineup is its new A95K QD (Quantum Dot) OLED 4K TV. OLED remains our favorite consumer TV technology since it provides perfect black levels with pixel-level contrast. The A95K takes everything we love about OLED and adds quantum dots into the mix.

Without getting too into the weeds, this basically means the A95K will be able to deliver better color performance than any consumer OLED we’ve seen before. Colors tend to wash out a bit in brighter scenes, but quantum dots will allow the OLED to maintain rich saturation even when displaying bright images. Colors will also remain accurate when you sit off to the side of the screen.

That said, QD OLED still isn’t the perfect fusion of OLED contrast and LCD brightness that some buyers may be hoping for. Sony says peak brightness should be similar to last year’s top OLED models, but the improved color volume will make the A95K’s image appear more vibrant in brighter scenes.

Sony will also offer two high-end OLED TVs without quantum dots in 2022: the A90K and the A80K. Both models will offer similar performance, but the A90K is being geared toward gamers who want a smaller 48- or 42-inch screen. The A80K, meanwhile, comes in larger sizes for home theater fans. Though neither uses quantum dots, both models make use of Sony’s latest cognitive processor and high luminance panel. LG, Samsung, and TCL all released Mini LED TVs in 2021, but Sony stuck with regular LED backlights on its LCD displays. For 2022, the company is joining its competitors with two Mini LED TVs of its own: The Z9K 8K TV and the X95K 4K TV.

For those unfamiliar, Mini LED tech allows LCD TVs to have more dimming zones with more precise control over contrast. In other words, a good Mini LED TV can have deeper blacks and brighter highlights than an LCD TV with regular sized LEDs.

An 8K and 4K model will be available, and both make use of Sony’s advanced processing to drive the backlight system. Sony says its process has been designed to intelligently dim and brighten the Mini LEDs to produce less blooming while maintaining high brightness.

We’ve been impressed with what companies like Samsung have done with Mini LEDs, so we’re curious to see how Sony’s new models stack up when they hit stores later this year.