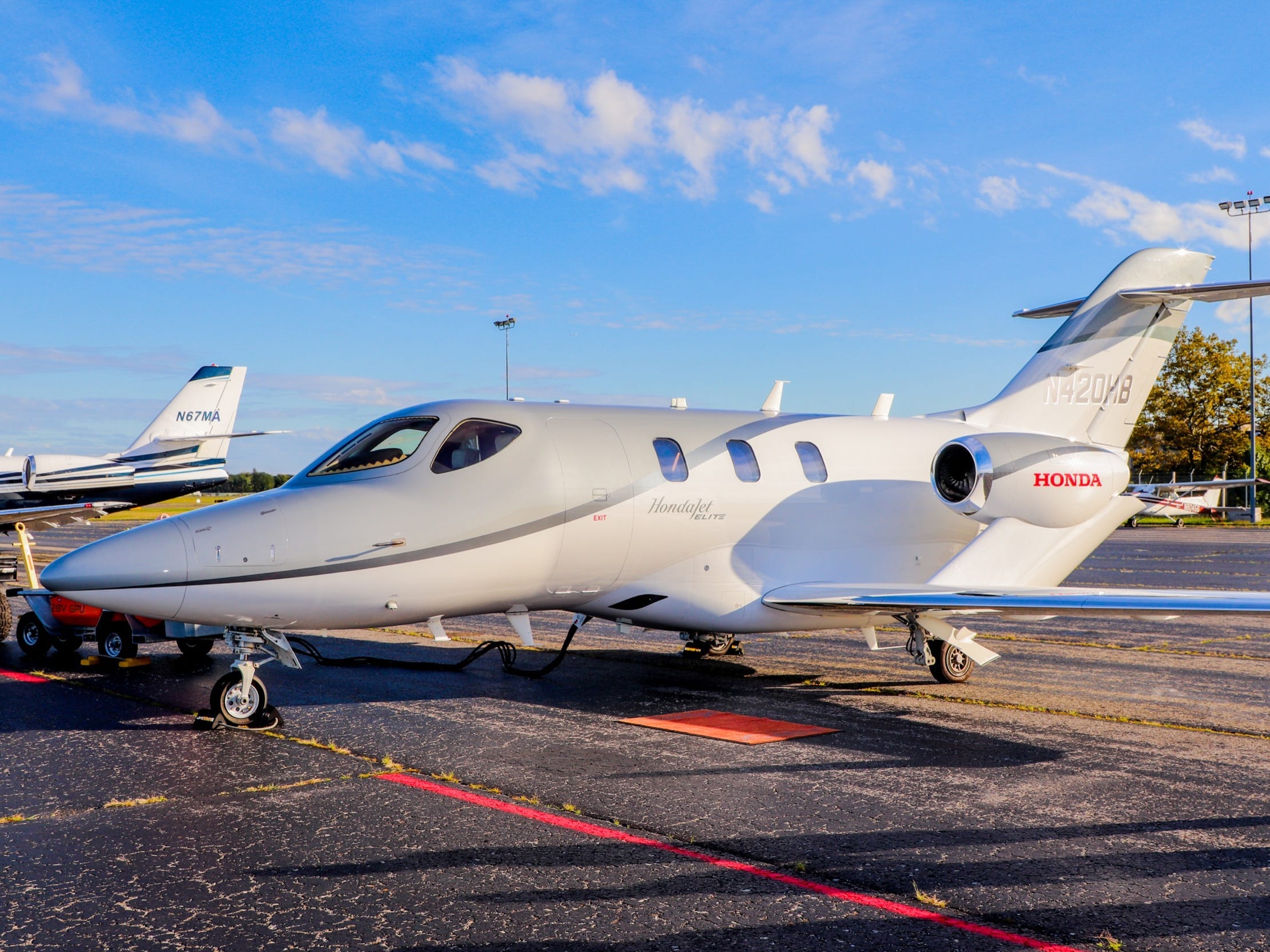 Wealthy flyers now have another option to charter private aircraft as increased demand has led to an unprecedented aircraft shortage for discerning travelers.

Volato is a private aircraft company that’s solely focused on providing travelers with a luxurious experience using one of aviation’s most underutilized private jets, the HondaJet.

The demand for private travel in the age of COVID-19 has made light jet aircraft including the HondaJet incredibly sought after. But Volato’s strategy aims to attract clients that are willing to pay just a bit more for an aircraft that’s outfitted with modern amenities.

Volato’s fleet of HondaJet Elite aircraft offers club seating for four travelers and a range of nearly 1,500 nautical miles, allowing non-stop flights up and down the East and West Coasts as well as one-stop transcontinental flights. Its features include leather seats, a service galley, a private lavatory, and a Bongiovi Acoustics sound system, as Insider found on a demonstration flight. Volato’s fleet of HondaJets is chartering for an hourly rate of $4,000 inclusive of a flight concierge, onboard snacks and drinks, and two pilots in the cockpit. Passengers can, however, request only one pilot if they want to ride in the co-pilot’s seat.

“What we’re really trying to do here is provide that same level of high-end experience that you would see on bigger planes on bigger operators, but do so with the HondaJet at a significant reduction in cost,” Matt Liotta, Volato’s chief executive officer, told Insider.

Volato is also investing in 15 of a next-generation HondaJet aircraft that hasn’t officially been announced by the manufacturer. Honda Aircraft Company has been steadily improving its product offerings, most recently unveiling the HondaJet Elite S and HondaJet 2600 that can fly non-stop across the US.

New bases for Volato will see the company expand to California on the West Coast and Maryland on the East Coast, in addition to its current Georgia and Florida hubs. Volato’s plans to grow to 12 aircraft by the end of 2022 and the company is already growing in anticipation of a busy charter operation. “We’ve hired ahead of our fleet so that we don’t have any disappointments on the customer side,” Liotta said.

Potential customers can book Volato planes through traditional private charter brokers or by booking directly with the company. Volato maintains a safety rating of Argus Gold that many brokerage firms require for their flights.

The ultimate goal is for Volato to introduce private flyers to a new way to fly, one that merges cost-effective aircraft ownership with luxury. “We see charter not as so much a tool to monetize the planes but more of a tool to spread the good word about Volato,” Liotta said.

And for trips that require more than four passengers, Liotta says that Volato is more than capable of directing those clients to other firms that offer larger aircraft.

“All of our customers are understanding during the sales process that our company is focused on four-passenger or less missions,” Liotta said. “If they tell us that the majority of their missions are not that, we actually explain to them that we’re probably not a fit for them.”