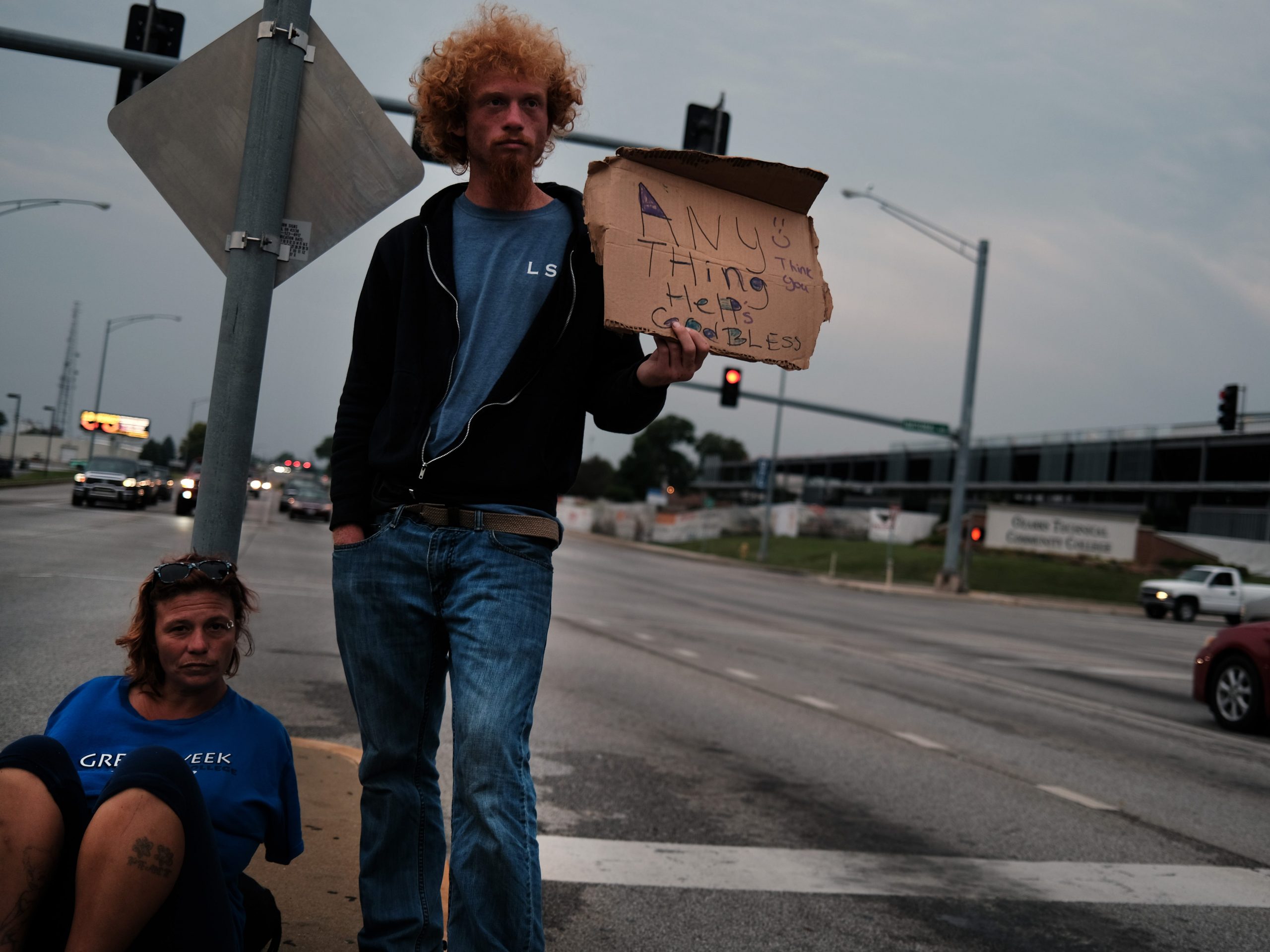 Mathew and his girlfriend Vicki, who are both homeless, panhandle on a street on August 05, 2021 in Springfield, Missouri.

A new Missouri law makes it a felony for the homeless to sleep on state-owned lands, such as under highway overpasses and bridges.

GOP Gov. Mike Parson signed the bill into law over objections from his own administration, the St. Louis Post-Dispatch reported.

The Missouri House had a “moment of silent prayer” and recited the Pledge of Allegiance before passing the legislation, which will go into effect on January 1, 2023.

The law states that “no person shall be permitted to use state-owned lands for unauthorized sleeping, camping, or long-term shelters.” The first offense gets a warning, and the second gets a Class C misdemeanor, punishable by 15 days in prison, or a $750 fine, the Post-Dispatch reported.

Cities that don’t “enforce any ordinances prohibiting public camping, sleeping, or obstruction of sidewalks,” can be sued by the Missouri attorney general. Those “with a higher per-capita homelessness rate than the state average will not receive further state funding” until they lower their per-capital homelessness rate or enforce statewide bans, the legislation said.

In May, Valerie Huhn, the Missouri Department of Mental Health Director appointed by Parson, wrote a letter to Gov. Parson’s budget office that the law would have a negative impact on the homeless, according to the Post-Dispatch, who has seen the letter. The governor signed the legislation in June.

“When people experiencing homelessness have criminal justice histories, it is difficult to find housing,” Huhn wrote in the letter, according to the Post-Dispatch.

The legislation also dictates that cities can only use state and federal funds to build temporary camps for the homeless, instead of permanent housing, the Post-Dispatch reported. Huhn wrote that this too will have a negative impact on the unsheltered community, who may not be able to find living arrangements elsewhere.

“Private landlords statewide may choose not to lease to persons experiencing homelessness for a variety of reasons, such as no rental history, no credit or poor credit, or criminal justice histories,” she wrote. “Stable housing is a key component of successful recovery.”