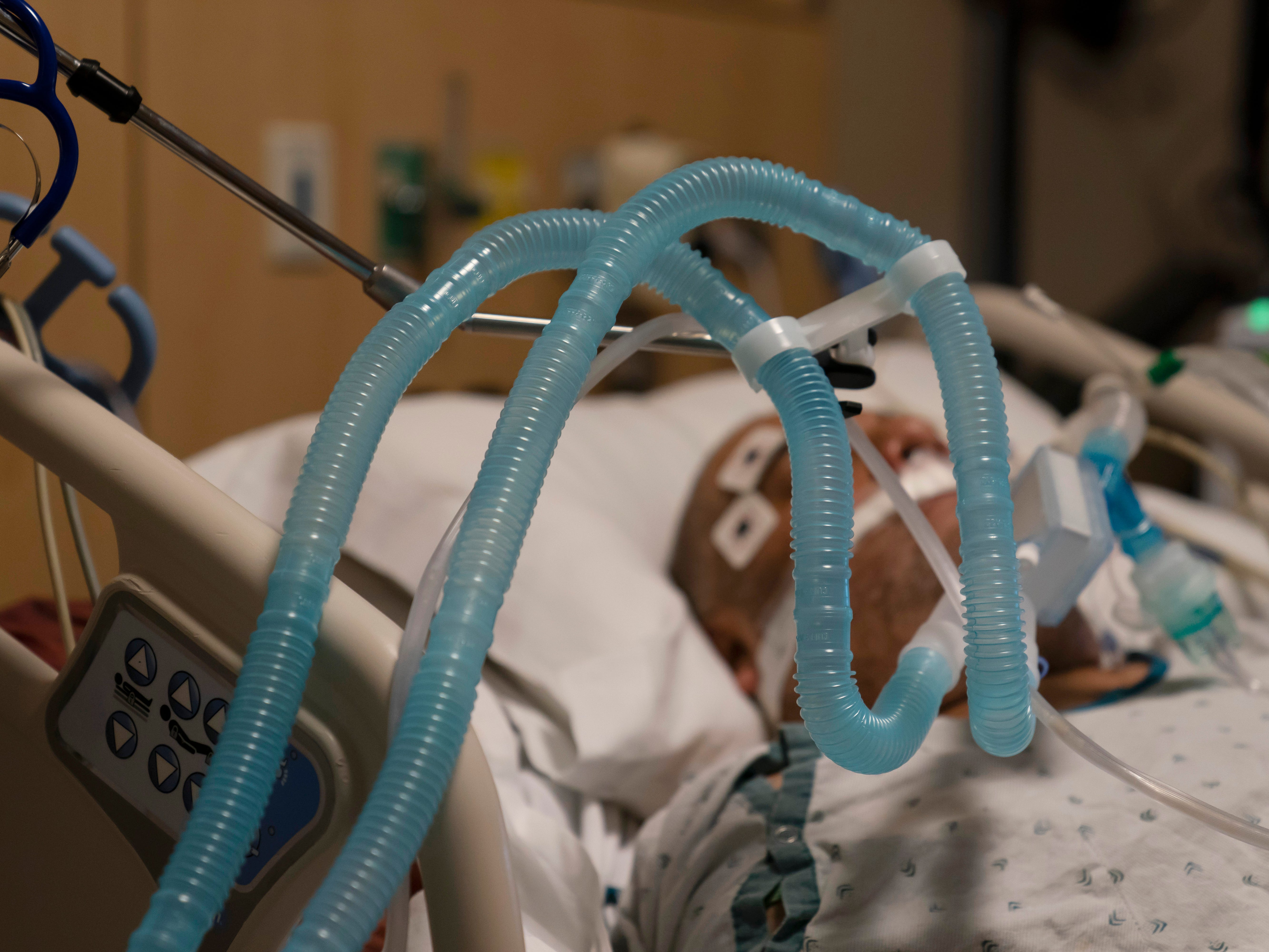 Ventilator tubes are attached to a COVID-19 patient

A COVID-19 patient was flown from Minnesota to Texas over the weekend after a judge issued an order preventing the hospital from disconnecting the man from life support, according to a report from Star Tribune.

The patient, 55-year-old Scott Quiner, has been on a ventilator at Mercy Hospital in Coon Rapids, Minnesota since November 6, 2021, the local paper reported. Quiner is unvaccinated and has not shown signs of improvement since he was admitted, according to the publication.

Last week, Mercy Hospital said it would disconnect Quiner from the ventilator that was keeping him alive on Thursday. Shortly after the announcement, Scott Quiner’s wife, Anne Quiner, petitioned Anoka County Court for an emergency order to prevent her husband from being disconnected from the ventilator, as well as move him to a new care facility.

Anne Quiner’s attorney, Marjorie Holsten, did not specify what hospital the patient had been moved to, but told Star Tribune he is receiving “critical care” and that “all organs are working except for his lungs.”

After ruling in favor of the wife’s request, the judge set the hearing date for February 11. Meanwhile, fundraisers on GoFundMe and GiveSendGo have generated over $70,000 to cover the Quiner’s medical expenses.

Hospitalizations in Minnesota have steadily risen amid the spread of the Omicron coronavirus variant and a surge in cases. Hospitalizations that don’t include the intensive care unit, have increased about 34% so far this month, according to the Star Tribune. The total reached a peak last seen since December of 2020.