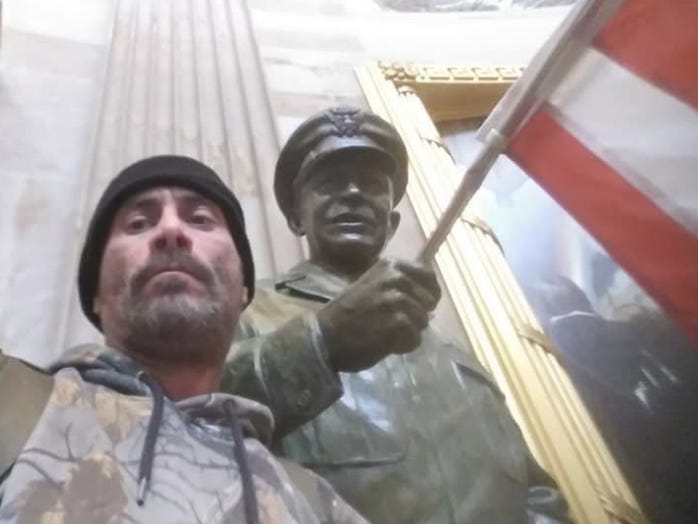 Anthony Williams was denied permission to travel to Jamaica as he awaits charges tied to the January 6 attack on the Capitol.

Anthony Williams has had an eventful year.

In the waning days of 2020, he declared his plans to “Storm the Swamp” and, a week later, did just that by joining the pro-Trump mob that ransacked the Capitol on January 6 — a day he called the “proudest of his life,” federal prosecutors alleged in court records. For more than a year, he has also been in a “committed romantic relationship,” his defense lawyer said, in a recent brief requesting permission to him to travel to Jamaica to visit his girlfriend’s family.

On Thursday, as Congress and President Joe Biden commemorated the one-year anniversary of the January 6 attack, the chief federal judge in Washington, DC, handed down an emphatic — and, by judicial standards, colorful — kibosh on Williams’ proposed Jamaican vacation.

“This court will not commemorate the one-year anniversary of this attack on the Capitol by granting defendant’s request for non-essential foreign travel when he is awaiting judgment for his actions on that day,” wrote Chief Judge Beryl Howell, an 2010 appointee to the federal trial court in Washington, DC. Chief Judge Beryl Howell has been outspoken in court about the conduct of January 6 defendants.

No ‘warmer climes’ for an accused Capitol rioter

Williams’ defense lawyer had argued that, under the conditions of his client’s release, Howell “must approve any travel outside of the continental United States.”

Howell, however, took a different view.

In an order Thursday, Howell noted that Williams “wishes to leave the Michigan winter to spend ten days in the warmer climes of Jamaica to meet the family of a woman with whom defendant has been in a committed relationship for ‘more than a year.'”

“Although such a meeting may be an important step in defendant’s personal relationship, defendant surrendered his entitlement to unfettered international travel when, also ‘more than a year” ago,'” he declared his intent to come to Washington and later breached the Capitol.

A federal grand jury indicted Williams in May on charges stemming from the January 6 attack. He pleaded not guilty in early June and was released on several conditions, including that he receive court approval for any international travel.

Williams is among more than 700 accused participants in the Capitol attack who have been arrested in the aftermath of January 6. Federal authorities have described the investigation as unprecedented, and on Wednesday, Attorney General Merrick Garland said the Justice Department was committed to “holding all January 6th perpetrators, at any level, accountable under law — whether they were present that day or were otherwise criminally responsible for the assault on our democracy.”

On Thursday, Garland and other Justice Department leaders met with many officials assigned to the investigation to thank them for their work.