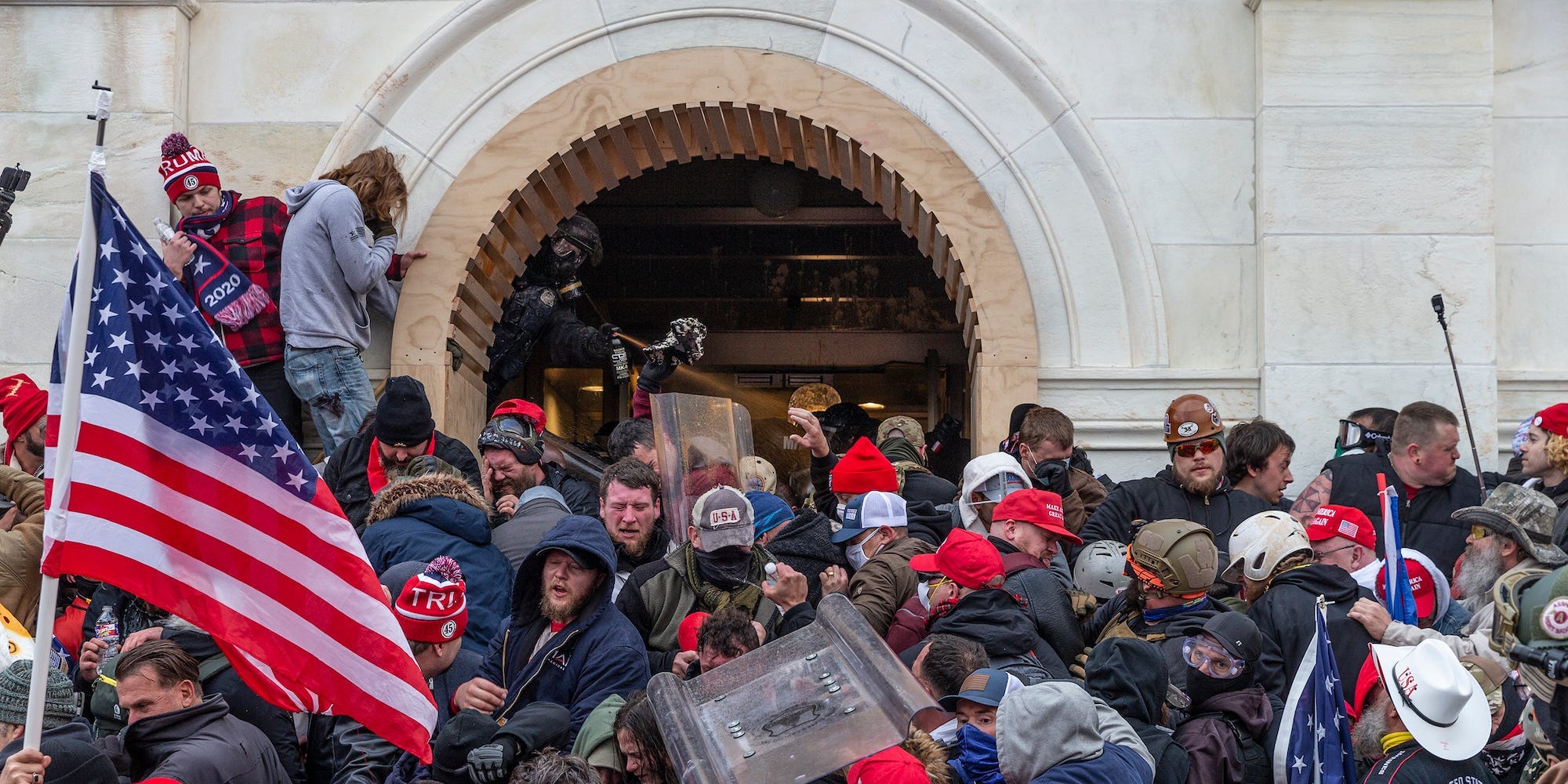 Police use tear gas around Capitol building where pro-Trump supporters riot and breached the Capitol.

One year after the deadly Capitol attack on January 6, 2021, one accused rioter said he doesn’t feel guilty for his role in the insurrection, nor does he have any plans to plead guilty.

“I don’t feel like I did anything wrong,” Josh Pruitt told CNN. “But knowing the consequences that came out of it would be the part that would make me question it.”

A former self-identified Proud Boy, Pruitt faces eight charges in connection with his participation in the riot, including destruction of government property and acts of physical violence in the Capitol Building. Prosecutors gathered a stash of photographic and video evidence against Pruitt, which shows him arguing with Capitol police officers inside the building and smashing a sign inside the Capitol crypt.

But Pruitt showed little remorse in an interview with CNN earlier this week, telling the outlet he still believes former President Donald Trump lost the 2020 election to President Joe Biden because of widespread voter fraud — a baseless falsehood promoted by Trump and discredited by multiple government agencies and election experts.

“I was just a patriot out there…protesting against what I think is a stolen election,” he said. “Trying to send me to prison over this, I think, is a complete joke.”

But with no plans to plead guilty, Pruitt could be facing prison time — a prospect which he said “concerns” him.

While he waits for a trial date, Pruitt remains on pre-trial release wearing an ankle monitor and adhering to a curfew.

Last year, Pruitt told CNN that he became affiliated with the Proud Boys, a far-right extremist group whose members were out in droves during the Capitol riot, at a pro-Trump MAGA march in November of 2020. Pruitt told the outlet he found himself fighting with a group of anti-Trump protesters at the rally, when suddenly he was surrounded by a group of Proud Boys providing him backup.

“I actually did not even know who the Proud Boys were at the time, but they saved me from getting jumped,” he said.

Video of Pruitt being initiated into the group by leader Enrique Tarrio later went viral.

But Pruitt told CNN this week that he no longer associates with members of the far-right group. The defendant also said federal prosecutors are asking him to help cooperate against other Proud Boys to help build the government’s numerous conspiracy cases against members of the group — a request Pruitt said he rejected.

“I dont have anybody to throw under the bus, nor would I anyway,” he told the outlet.

An attorney for Pruitt did not immediately respond to Insider’s request for comment.