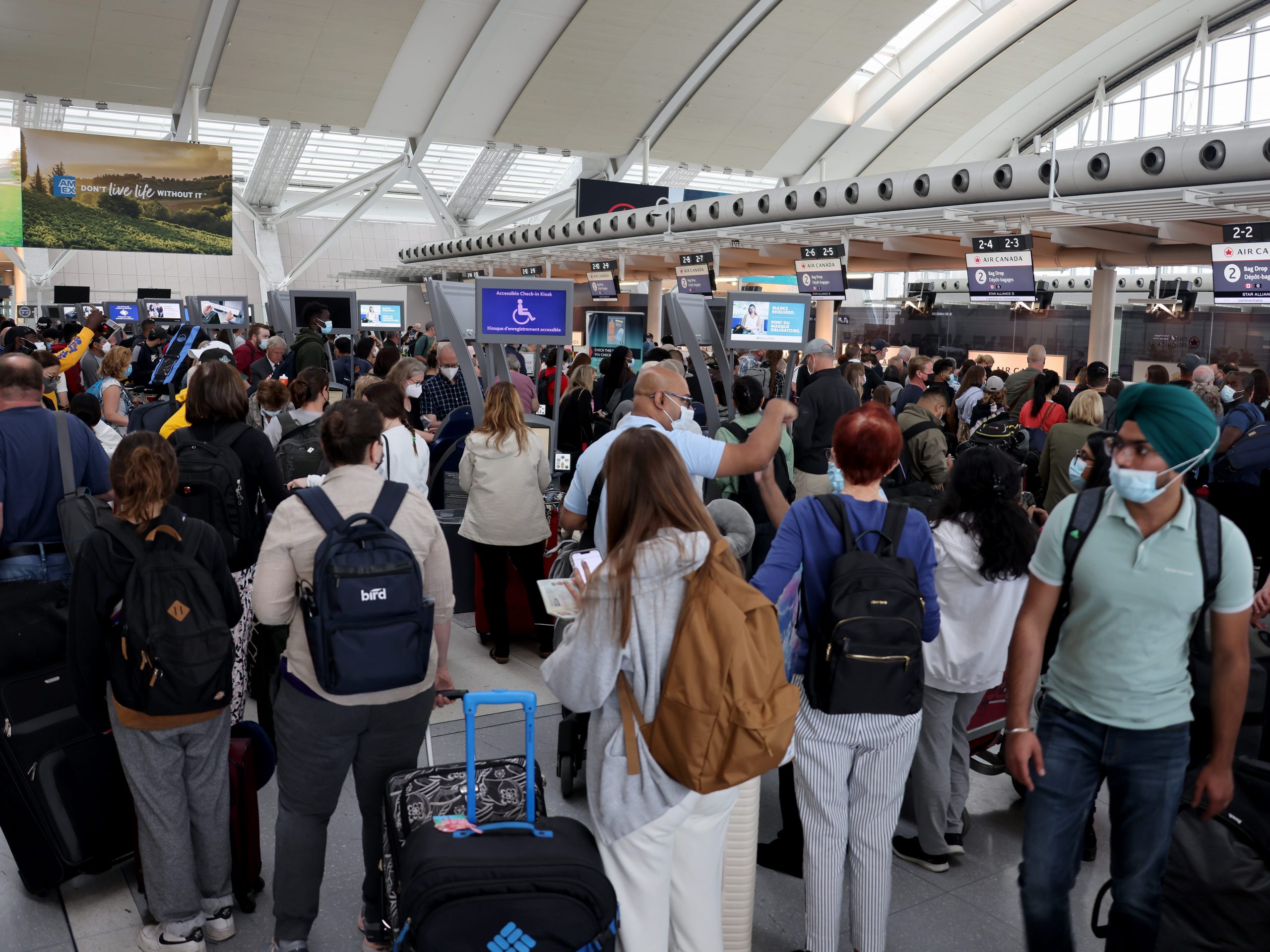 A family of four missed a long-awaited Disney cruise after Air Canada delayed and cancelled their flights over Independence Day weekend – among hundreds who have seen vacation plans dashed by this summer’s travel chaos.

“Our kids are devastated,” their father, Nathan Morris, told Insider. “We had planned the trip many months ago and had talked about it almost every day since.”

The $5,500 week-long cruise to Alaska was meant to be a birthday gift for the family’s six and ten-year-old children, who instead spent the holiday weekend in multiple airports.

The family’s first flight from Baltimore to Toronto took off two hours later than scheduled and sat on the tarmac for over one hour waiting for baggage personnel, Morris said. This caused them to miss their connecting flight to Vancouver, where the cruise was ported.

Air Canada then rebooked the family’s flights for early the next morning with an additional layover in Montreal, flight documents viewed by Insider show.

“One person at customer service even stated that, had we been watching the news, we would have known this was going to happen,” Morris said, adding that the airline did not offer hotel accommodations.

The couple and their two young children had to sleep “on benches underneath escalators in the Toronto airport,” he told Insider.

Passengers were ‘herded around like cattle … without so much as an apology.’ Luggage piles up at Toronto’s Pearson International Airport on June 10, 2022.

The next available flight wouldn’t leave until the next day, meaning the family would be unable to reach the port in Vancouver before the cruise departed. After two full days of traveling with kids, the couple decided to book the next flight home.

Throughout the rebooking process, Morris said they were “herded around like cattle from one customer service desk to another without so much as an apology.”

“To make matters worse, we got notification that we were exposed to someone with COVID on our return flight,” he told Insider. “Our daughter, a couple of days later, tested positive for it after visiting the emergency room due to a high fever we weren’t able to control and constant vomiting.”

Air Canada did not immediately respond to Insider’s request for comment. A spokesperson for the airline said last week that the industry is “currently challenged due to issues with airports and third-party providers of such services as passenger screening, customs, and air navigation.”

“We are working hard with these partners and governments to resolve these issues as they are affecting the performance of airlines,” the spokesperson added.

Morris submitted an online refund request for the $1,500 flight tickets and was able to receive a partial refund for the $5,500 Disney cruise, he said. The only response he’s received from Air Canada was an automated message saying an agent may not be available for another 30 days, he added.

The family also lost hundreds on airport parking, transportation, a kennel for their dog, and an unused hotel room. Morris and his wife had taken days off from work, leaving those vacation days wasted.

“My wife and I are still in shock. Not only because we missed a much anticipated and expensive cruise and gift to our children (we don’t have a lot of money — both working parents) but just how we were treated,” he said in an email to Insider.