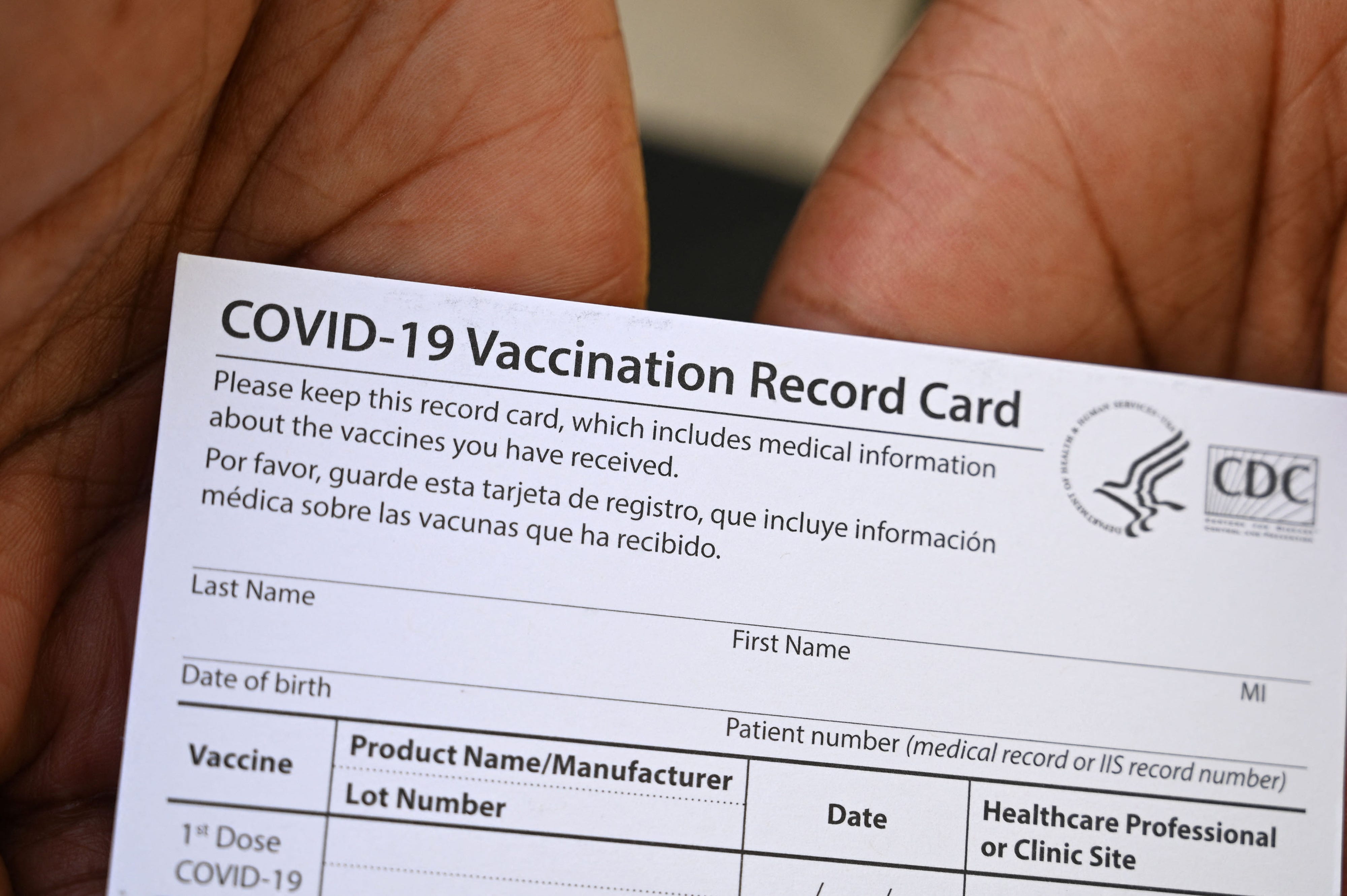 A man received a fake COVID-19 vaccine card from Amazon after he ordered a passport holder through the platform, Connecticut’s attorney general said.

The phony card looked nearly identical to a legitimate COVID-19 Vaccination Record Card and featured all the same descriptions — a place to write your name, dosage information, and birthday, among other things — and the US Centers for Disease Control Prevention’s (CDC) logo in the top right, according to a purported picture of the card shared by The Connecticut Post.

Blumenthal tweeted The Connecticut Post’s article on Thursday, thanking the man for reporting the listing and Tong’s office for taking action.

Tong reportedly said in a statement that “fake vaccination cards are deceptive, dangerous, and unlawful,” according to The Connecticut Post.

Tong’s office did not respond to a request for comment.

Amazon previously removed a listing for a pack of 10 blank vaccination cards after Insider reached out to the company.

“We do not allow the products in question in our store,” Amazon previously told Insider in an emailed statement. “We have proactive measures in place to prevent prohibited products from being listed and we continuously monitor our store. In this case, we have removed the items and taken action on the bad actors involved in bypassing our controls.”

Amazon did not respond to Insider’s request for comment on this recent incident.

In May, a 21-year-old was arrested after police discovered 62 counterfeit COVID-19 vaccination cards in his vehicle.