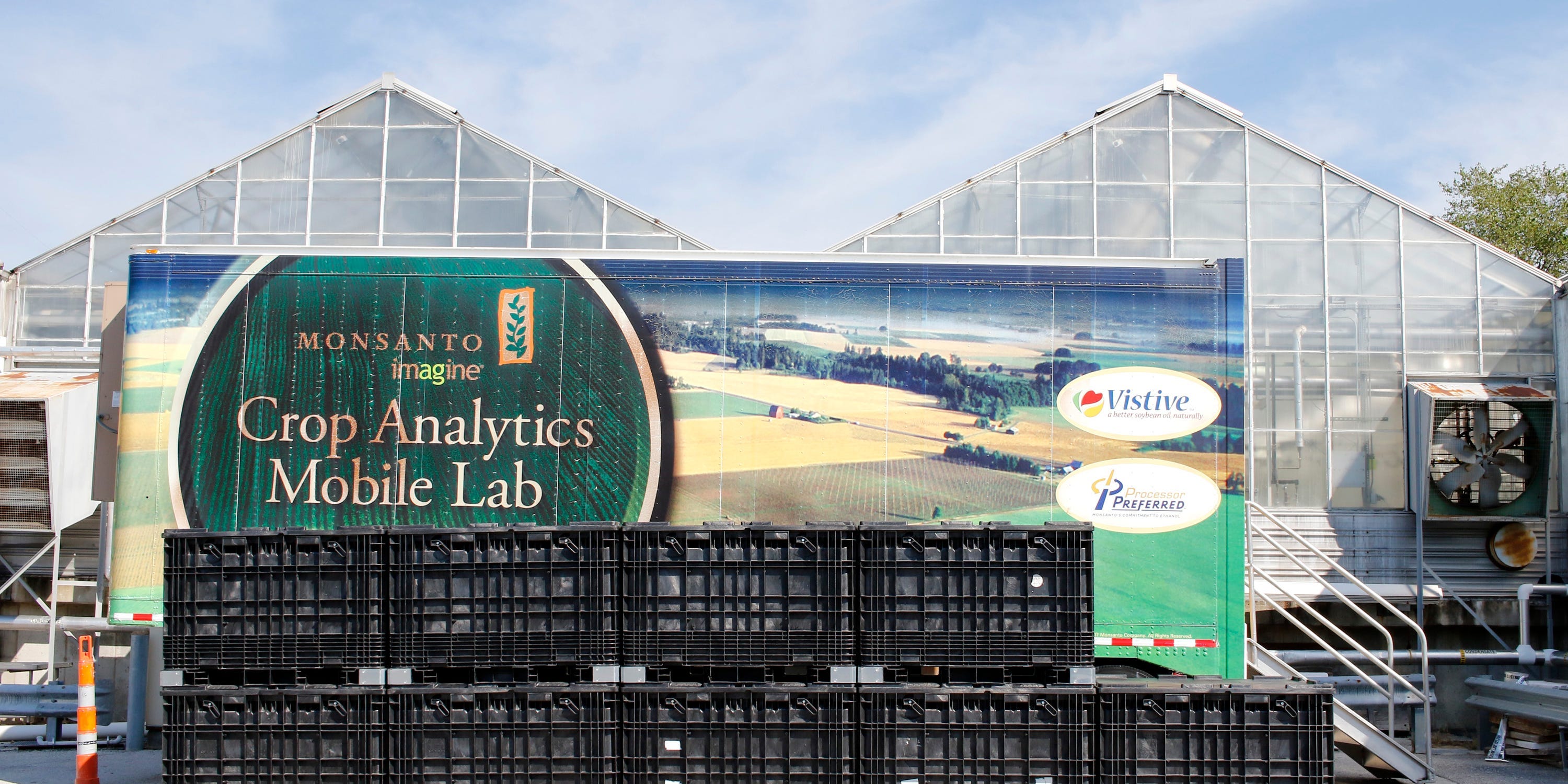 Greenhouses seen at the headquarters of the Monsanto Company, in St. Louis, Missouri.

Xiang Haitao, 44, worked as an imaging scientist for Monsanto in Missouri between 2008 and 2017, during which time Monsanto and its subsidiary The Climate Corporation worked on a secret algorithm known as the “Nutrient Optimizer,” the department said, citing court documents.

The algorithm helped farmers their productivity, the DOJ said.

Before leaving the company, Xiang downloaded a copy of the algorithm, and then flew to China on a one-way ticket, the department said.

Law-enforcement officers searched Xiang’s electronics at the airport, but he was ultimately allowed to leave the US, the department said.

Investigators later concluded that “one of Xiang’s electronic devices contained copies of the Nutrient Optimizer,” the DOJ said.

US law-enforcement officials were able to arrest Xiang after he returned to the US sometime between 2017 and 2019, the department said.

Xiang pleaded guilty to conspiracy to commit economic espionage on Thursday, the department said. He faces a maximum sentence of 15 years in prison and a potential $5 million fine.

In China, Xiang went on to work for the Institute of Soil Science at the state-run Chinese Academy of Science in Nanjing, the DOJ said.

The department said Xiang intended to pass the stolen materials on to the Chinese government. It is unclear if the government was able to make use of the “Nutrient Optimizer.”

“Despite Xiang’s agreements to protect Monsanto’s intellectual property and repeated training on his obligations to do so, Xiang has now admitted that he stole a trade secret from Monsanto, transferred it to a memory card and attempted to take it to the People’s Republic of China for the benefit of Chinese government,” Assistant Attorney General Matthew G. Olsen said in a statement.

In October, the US National Counterintelligence and Security Center identified bioeconomy as one of the key areas where China is trying to steal US intelligence, as Insider’s Stavros Atlamazoglou previously reported.

“These sectors produce technologies that may determine whether America remains the world’s leading superpower or is eclipsed by strategic competitors in the next few years,” the NCSC said.

Bayer, which owns Monsanto, did not immediately respond to Insider’s request for comment.

After Xiang was indicted by a grand jury in 2019, China’s foreign ministry said the US was using the case to make the baseless claim that China conducts widespread espionage in the US.

“We resolutely oppose the US side’s attempts to use the case, which we regard as an ordinary, isolated incident, to hype up claims of China’s organized and systematic attempts to steal intellectual property from the US,” spokesman Geng Shuang said.