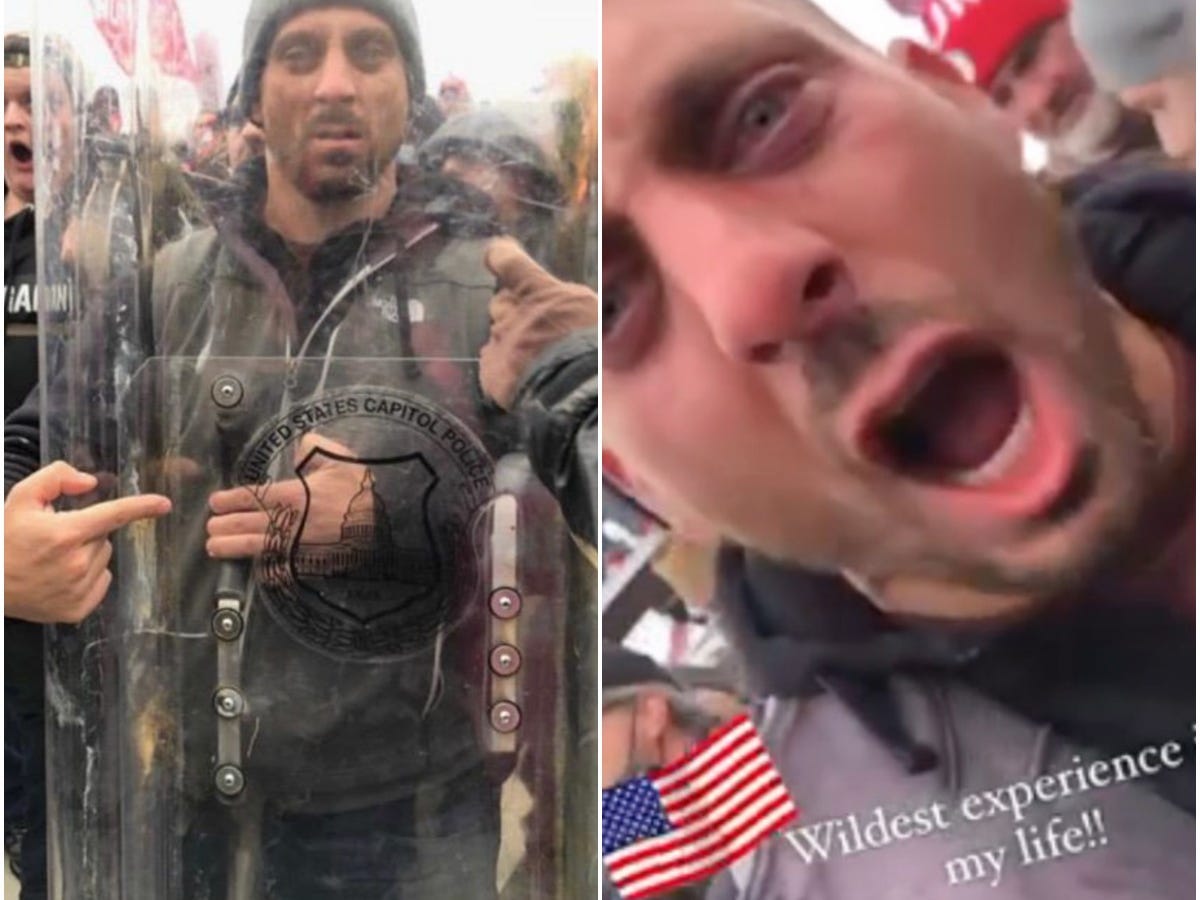 An accused January 6 rioter who is on house arrest asked a judge to let him use websites and social media to find a job and look for a date.

Thomas Sibick of Buffalo, New York was charged with assaulting a police officer and robbery, among other charges in connection to the January 6 insurrection. A judge previously released him from jail to await his trial in home confinement with his parents, specifying that he cannot use social media.

On Christmas, Sibick’s attorney filed a motion asking the judge to let him use some websites to search for a job and try to “interact with members of the opposite gender for the purpose of establishing a friendship,” according to court documents reviewed by Insider.

Sibick is accused of stealing the badge of DC police officer Michael Fanone, who was knocked unconscious and suffered a heart attack during the riot. He has since issued statements saying he regrets the insurrection, for which he claimed former President Donald “Trump is ultimately responsible.”

Following his arrest in March, Sibick made multiple requests for release and asked to be held in solitary confinement to avoid what his lawyer called a “cult-like” and “toxic” environment in the wing of the jail meant for January 6 defendants.

US District Court Judge Amy Berman Jackson ordered Sibick to home confinement with his parents in October, specifying that he must stay out of Washington, not attend political rallies, not use social media or watch political talk shows on cable news.

“He is not seeking to use any social media application for any prohibited purpose, such as for political engagement, news reading, or any other activity that would violate not only the letter, but the spirit, of his release conditions,” attorney Stephen Brennwald wrote in the court documents.

“Mr. Sibick realizes that if he were to meet someone on a social media site, he would be unable to leave his home for the purpose of going to dinner or to participate in other events. He does, however, feel the need to establish some sort of connection with someone (if possible, in light of his situation),” Brennwald added.