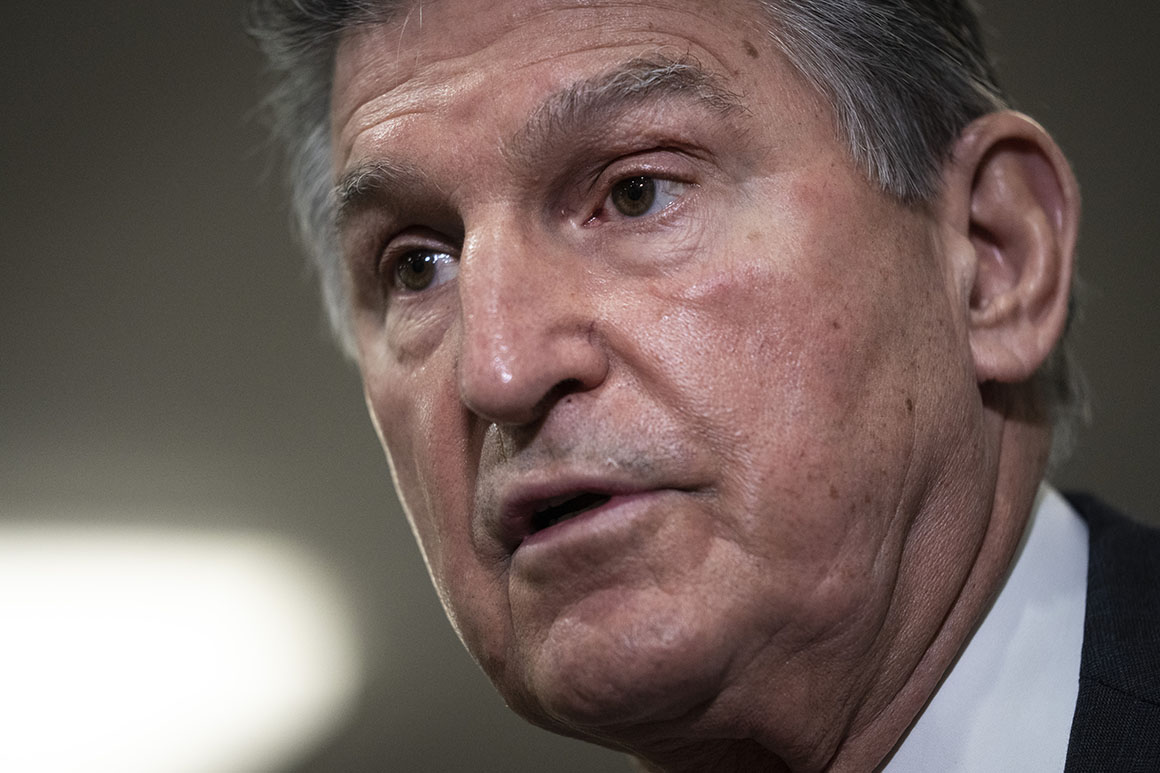 Joe Manchin is ready to speed up a bipartisan deal to combat election subversion. His friends in the GOP don’t share his sense of urgency.

Manchin wants to get what’s known in the Capitol as a “framework” as soon as this week to reform the 135-year-old law that allies of Donald Trump seized on in their bid to undercut the former president’s 2020 loss. The West Virginia centrist, often knocked by fellow Democrats as an impediment to progress, has plenty of willing Republican partners in that effort — they just see Manchin’s timeline as too ambitious.

“Take a look at the length of time for the bipartisan infrastructure bill. Everybody thinks it’s going to get done in a week or two. But that took months,” said Sen. Thom Tillis (R-N.C.). “We’re still weeks into a process of discovery and scoping. So, it wouldn’t surprise me if we’re looking at a May, June timeframe before we have a consensus work product.”

Tillis and Manchin are two of 16 senators who hope to reach an agreement designed to prevent a future Jan. 6-style insurrection and change the 1887 Electoral Count Act. The group agrees on its broad goals, chiefly making it harder for members of Congress to challenge election results and clarifying the vice president has only a symbolic role in determining the outcome. But there’s a ton of work left to do and an ongoing debate over how comprehensive or narrow the effort should be.

It’s a microcosm of the difficulties that face modern history’s longest evenly split Senate. Majority Leader Chuck Schumer is trying to take the chamber in a bipartisan direction after several months of failed party-line efforts to spend $1.7 trillion on climate and social programs, then to overhaul federal election law.

Republicans haven’t made that easy on them, slowing down a bipartisan postal bill as well as a stopgap spending bill this week. It’s a clear message to Democrats’ 50-vote majority that bigger-ticket items will face similarly big challenges, including the GOP possibly slow-walking their agenda as the midterms approach.

The Senate passed a landmark bill ending forced arbitration in sexual harassment cases last week, but building on that momentum is proving difficult. The chamber’s bipartisan Russia sanctions effort has run aground completely in recent days; similarly difficult challenges await efforts to ban members of Congress from trading stocks and to reform the Electoral Count Act.

Agreement on both sides, let alone floor time, has always been a bear in the Senate. These days senators are constantly reminded that a 50-50 chamber makes forward motion even harder. And reforming the byzantine law that allowed GOP lawmakers to contest and delay President Joe Biden’s election certification could be the toughest sell of them all.
Sen. Ben Cardin (D-Md.) said that after reviewing the 1887 law, he concluded: “You probably have to rewrite the whole thing. It’s written in a way that doesn’t make a lot of sense.”

A lengthy negotiation is “likely, but not surprising. Because once you start talking about the issues, it’s complicated,” said Sen. Jeanne Shaheen (D-N.H.), another member of the bipartisan election subversion group.

What’s more, Republicans are already grousing that Democrats are trying to shoehorn in changes not directly related to the Electoral Count Act.

A GOP aide familiar with the talks said that “Democrats keep trying to push the envelope and talk about challenging state election laws in federal courts” by establishing a new formal pathway to bring those suits. The aide said that dynamic could prevent the bill from getting the 60 votes it needs to advance.

Several senators said in response that there’s plenty of proposals being batted around and that nothing is finalized.

“Everything can be on the table, but in the end we’ve got to really focus on the Electoral Count Act and some issues like protecting poll workers from threats of physical violence and reauthorizing the Election Assistance Commission,” said Sen. Susan Collins (R-Maine), who is leading the group, referring to a now-hobbled agency that distributes election-related grants to states. Collins acknowledged that others in the GOP want to tighten up the legislation even further: “There are some Republicans that want only to focus on the Electoral Count Act, period.”

Democrats don’t want to close the door entirely on other reforms. They counter that Republicans have ventured outside the scope of the law, too, by pushing provisions to protect election officials and reauthorize election assistance programs.

The Electoral Count Act “is the focus, but it’s good that we are looking at some common sense, non-controversial changes to election law,” said Sen. Chris Murphy (D-Conn.), one of the more progressive senators in the bipartisan group. “I think we can find consensus on some non-ECA material, but the goal is 60 votes, so we’ve got to be realistic about how big this bill can be.”

Many of the same players in the election subversion talks were involved in shaping last year’s infrastructure law as well as a bipartisan coronavirus bill in late 2020. The question facing the Senate is whether they can replicate those successes after Senate Democrats tried so hard and failed to unilaterally pass the $1.7 trillion “Build Back Better” bill and the party’s voting reform plan.

The chamber may be able to clear a bipartisan reauthorization of the Violence Against Women Act and reform the Postal Service in the coming weeks, but more contentious reform attempts could still stall given the close margins.

And senators’ lack of progress on Russia sanctions isn’t promising. They vowed to speak with “one voice” as Russia escalated tensions in Ukraine and threatened an invasion; instead the chamber put out a statement Tuesday — following weeks of debate — threatening sanctions at a later date.

Foreign Relations Chair Robert Menendez (D-N.J.) “was trying to be accommodating,” said Cardin, who is involved in both the Electoral Count Act and the sanctions discussions. “On the Republican side, there’s things that they really dug in on that didn’t make a difference in what we were trying to get done but were preventing us from reaching an agreement.”

Another high-profile government accountability measure is facing hurdles of its own in the Senate: a proposed ban on stock trades by members of Congress. Many Democrats are trying to ride a series of lawmaker scandals toward an agreement that can pass: Sen. Jeff Merkley (D-Ore.), who introduced the idea a decade ago, is among those trying to organize a bipartisan solution, as is freshman Sen. Jon Ossoff (D-Ga.).

Ossoff said he asked senators to submit all their proposals last week: “We’ve collected most of the feedback by now. The task is now to nail down the final bill text and continue to build toward a floor vote.”

It will only get harder for Democrats to clinch those types of deals as the midterms approach — and there will be less and less incentive for Republicans to cooperate if they think they’re about to take back congressional majorities. For Democrats, satisfying Manchin is key if they want one last shot at passing a new party-line spending bill after the West Virginian opposed the $1.7 trillion version of the package last year.

Manchin, a frequent cheerleader for bipartisan action, has said that passing a new government funding bill and reforming the Electoral Count Act should be Congress’ top two priorities going forward. He shrugged off disagreements over the size and scope of potential electoral reforms, emphasizing how vital it is they come together — even if it’s not as fast as he hopes.

“Hopefully, we can come to an agreement this week,” Manchin said. “The bottom line is we’ve got to take care and fix what caused the insurrection.”