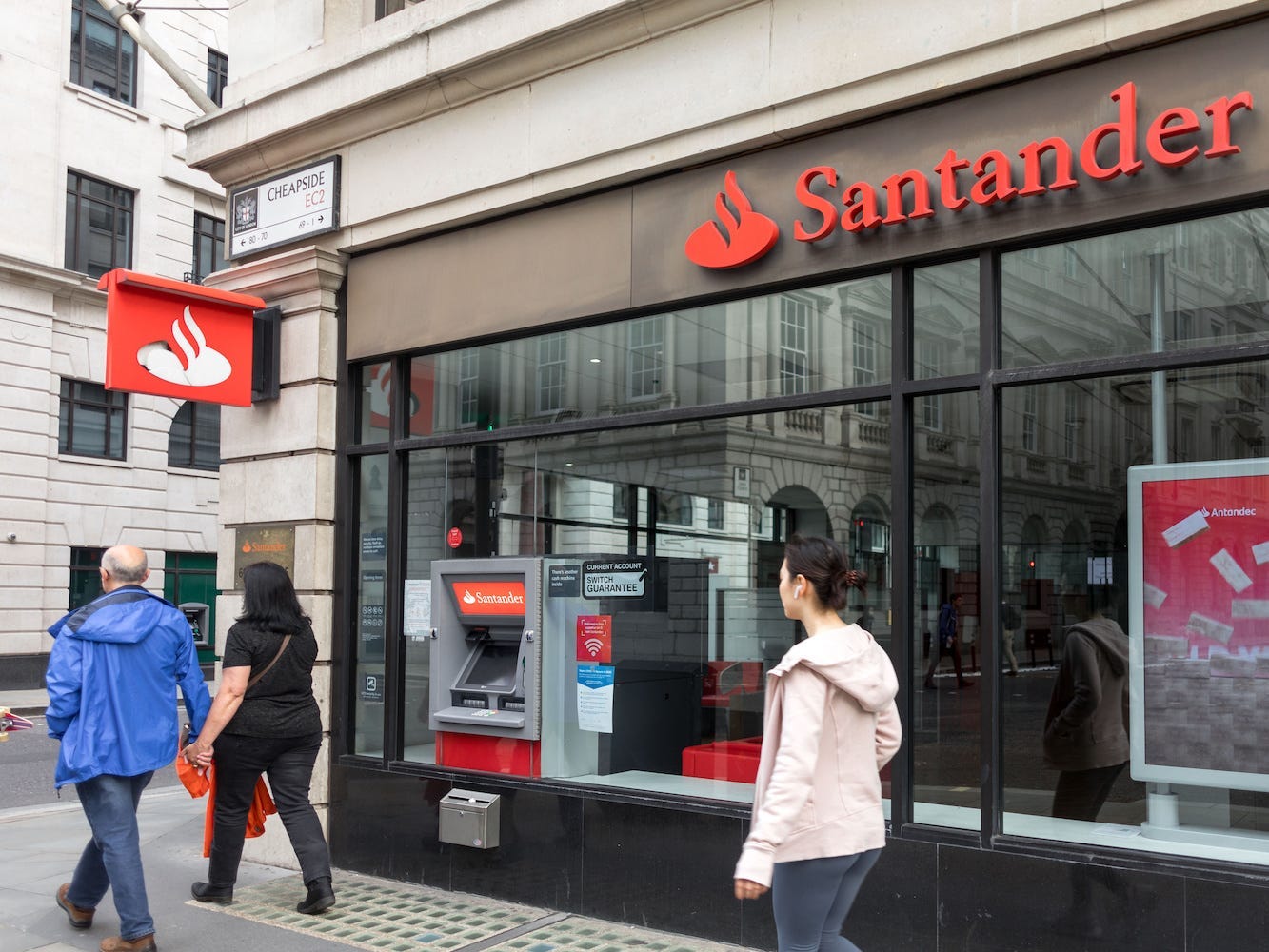 The UK bank Santander is trying to recoup $175 million (£130 million) that it accidentally transferred to customers on Christmas Day morning.

A technical error led to 75,000 scheduled and one-off payments to be paid twice by the bank’s system, The Times of London first reported.

A spokesperson for the bank said that the error had been identified and rectified. It will work to recover the duplicated transactions over the coming days, the spokesperson added.

The error affected 2,000 commercial and corporate accounts, which means many of those receiving money are employees or suppliers, who are customers of different banks.

Jenny, a UK resident, who did not want to provide her surname, was among those affected. She told Insider that she thought she’d been paid twice.

She received her scheduled wage of £1764.50 on December 24. She then received a second payment for the same amount the next day. Both were listed as being from her employer, however, when she contacted them they said they hadn’t paid the money.

After investigating, her employer said that the bank would be resolving the issue and that she didn’t need to do anything.

The payments came from Santander’s own funds, so individuals were unaffected. Nevertheless, Jenny described it as “frustrating.”

She added: “It was confusing, I just wanted it out of my account because it’s hard to tell how much money you have.”

The Santander spokesperson told Insider that the problem only affected UK customers and that the process for recovering the funds is “underway and working effectively.”

According to Jenny’s bank statement, seen by Insider, the second payment of £1764.50 was retracted on December 30. Jenny is a customer of a different bank, NatWest. This suggests that at least some of the challenges Santander were facing have been resolved.

The spokesperson did not give a timeframe for when the issue will be fully resolved, however.

Banks’ digital payment systems can be prone to errors. It’s not the first glitch to affect Santander’s payments this year. In May, some customers were unable to pay for goods after a technical issue temporarily affected card payments.