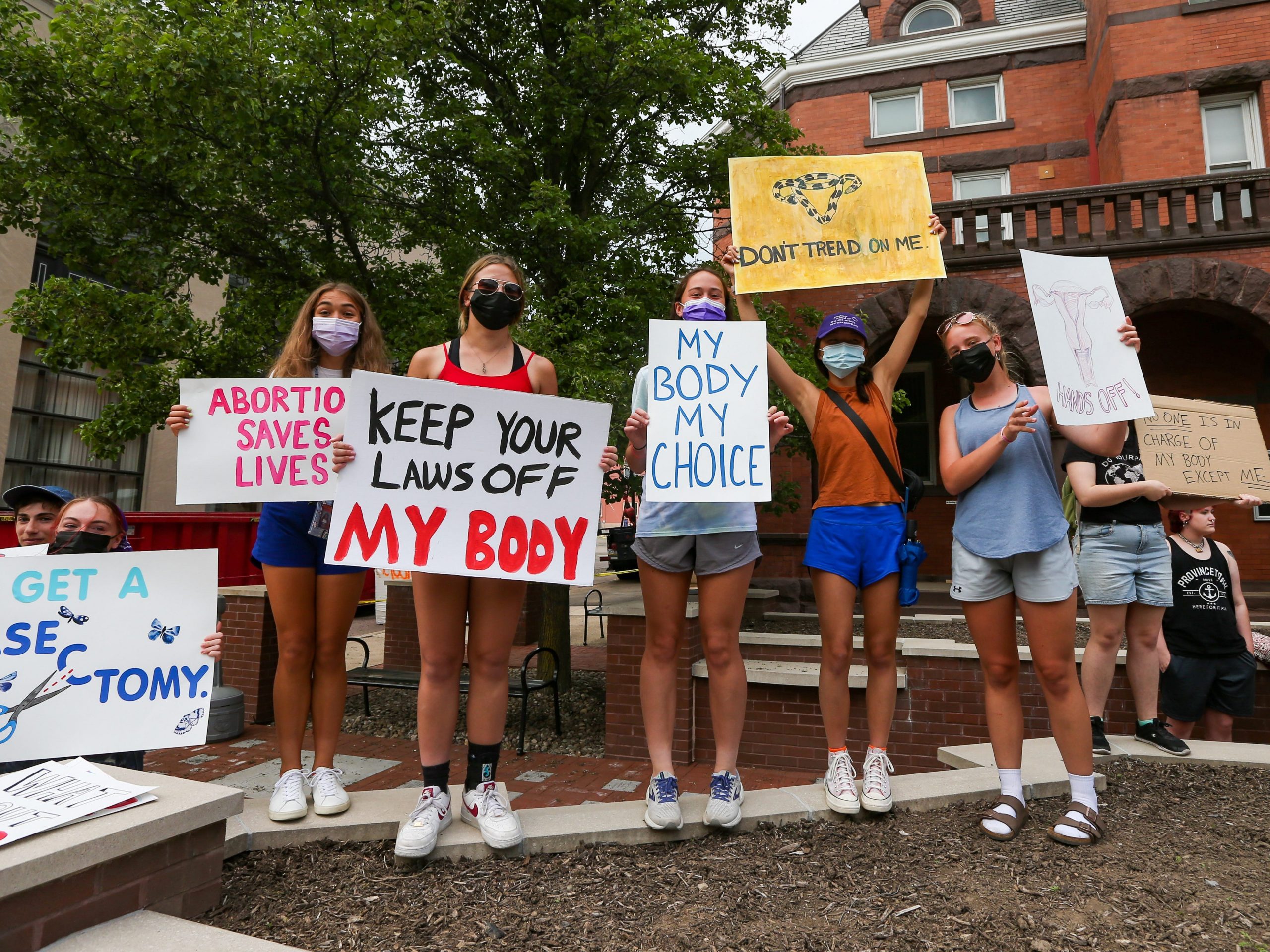 Abortion-rights protesters hold placards during a rally at the Columbia County courthouse.

With abortion outlawed after six weeks in Ohio, physicians in neighboring Indiana described an influx of out-of-state patients seeking care. Among them: a pregnant 10-year-old.

Dr. Caitlin Bernard, an Indianapolis obstetrician-gynecologist, told the Indianapolis Star that just three days after the federal right to an abortion was reversed she received a call from a colleague, a child abuse doctor in Ohio, who needed her help. The physician had a pregnant patient, a 10-year-old, who could no longer legally undergo the procedure in her home state.

In Indiana, for now at least, abortion is legal up to 22 weeks after a pregnant person’s last menstrual cycle. However, Indiana politicians have scheduled a special legislative session later this month to address abortion laws. Republican lawmakers, who hold a supermajority in the state, indicate they intend to further restrict the procedure.

Despite the influx of patients seeking care across state lines, with abortion access likely to be restricted in Indiana, Bernard’s ability to help those seeking the procedure in the future is uncertain.

“It’s hard to imagine that in just a few short weeks we will have no ability to provide that care,” Bernard, who agreed to help the 10-year-old patient, told the Indianapolis Star.

Bernard did not immediately respond to Insider’s request for comment.

Other nearby states, including Illinois, where abortion is likely to remain legal, are bracing for an influx of patients seeking care from nearby states where the procedure is more heavily restricted, including Ohio, Kentucky, and Missouri.

Planned Parenthood Illinois expects the state will see an additional 20,000 to 30,000 patients overall crossing its border to receive abortions each year.