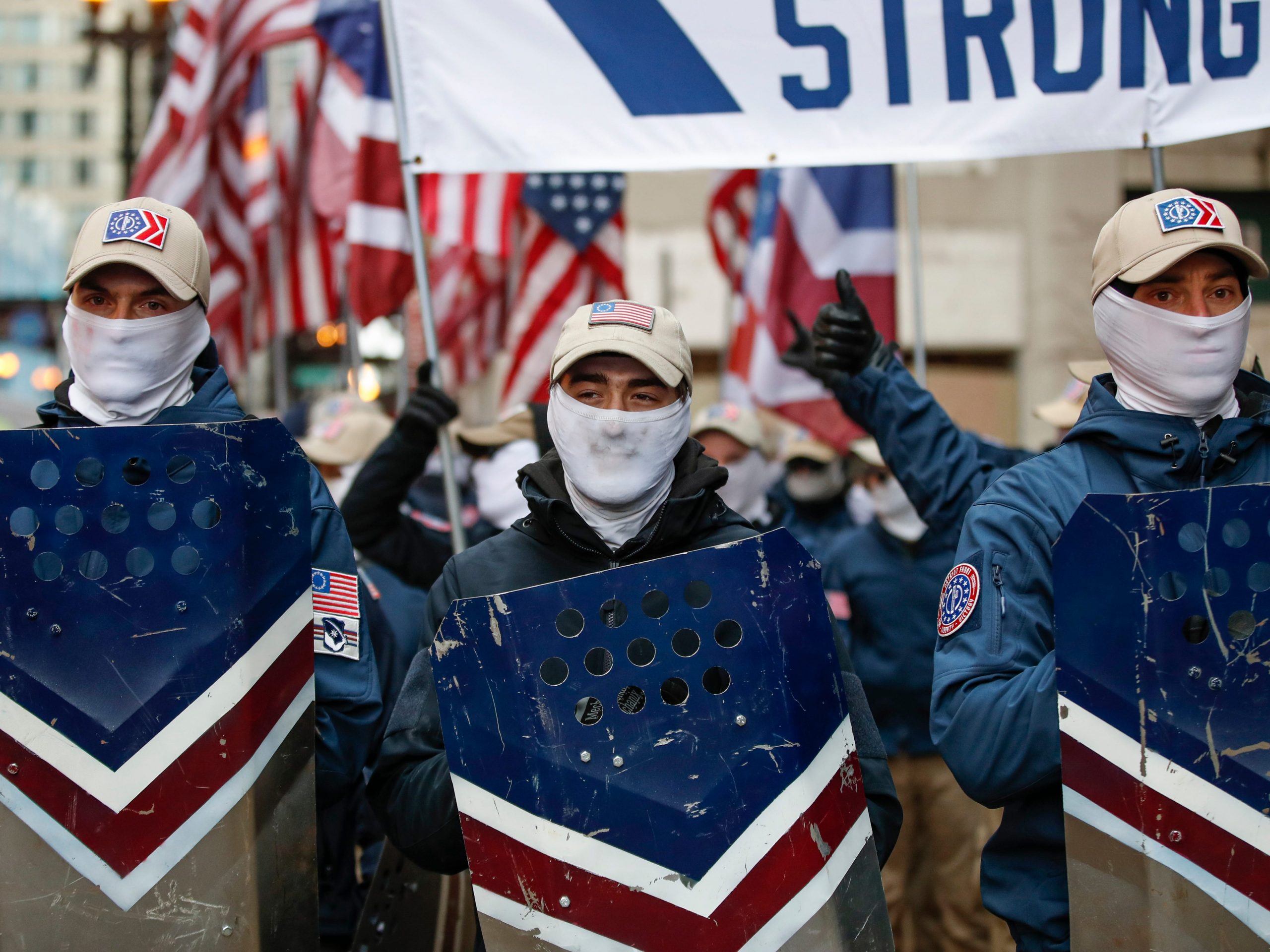 The white nationalist group Patriot Front attends the March For Life on January 8, 2022 in Chicago, Illinois.

Police in Idaho arrested 31 members of the extremist Patriot Front group Saturday outside a Pride event after a concerned citizen reported masked men who “looked like a little army” were loading riot gear into a U-Haul.

“They were all wearing similar attire. They had shields, shin guards, and other riot gear with them, including at least one smoke grenade,” Coeur d’Alene Police Chief Lee White said in a press conference.

The men wore insignias for Patriot Front, described by the Southern Poverty Law Center as “a white nationalist hate group that formed in the aftermath of the deadly ‘Unite the Right’ rally in Charlottesville, Virginia, of August 12, 2017.”

White said the police department received information over several days indicating hate groups would be in attendance during the Pride in the Park event hosted by the North Idaho Pride Alliance. An increased presence of uniformed officers was prepared in response.

Videos of the arrest quickly circulated on social media, as local journalists were prepared to cover possible clashes between hate groups and people gathered for the annual Pride in the Park event. Idaho, a state which boasts a House representative belonging to the Oath Keepers, has seen an increase in far-right extremism in recent years.

Representatives from the North Idaho Pride Alliance did not immediately return Insider’s request for comment.

Only one of the men who was arrested and had completed the booking process at the time of the press conference was from Idaho, White said. Others were from Texas, Utah, Colorado, South Dakota, Illinois, Arkansas, Wyoming, Washington, Oregon, and Virginia.

He also confirmed the Coeur d’Alene police department was in contact with the FBI regarding the incident.

“It is clear to us, based on the gear that the individuals had all with them, the stuff they had in their possession and in the U-Haul with them, along with paperwork that we seized from them, that they came to riot downtown,” White said in the press conference.

The Coeur d’Alene police department declined to answer Insider’s questions regarding the incident.