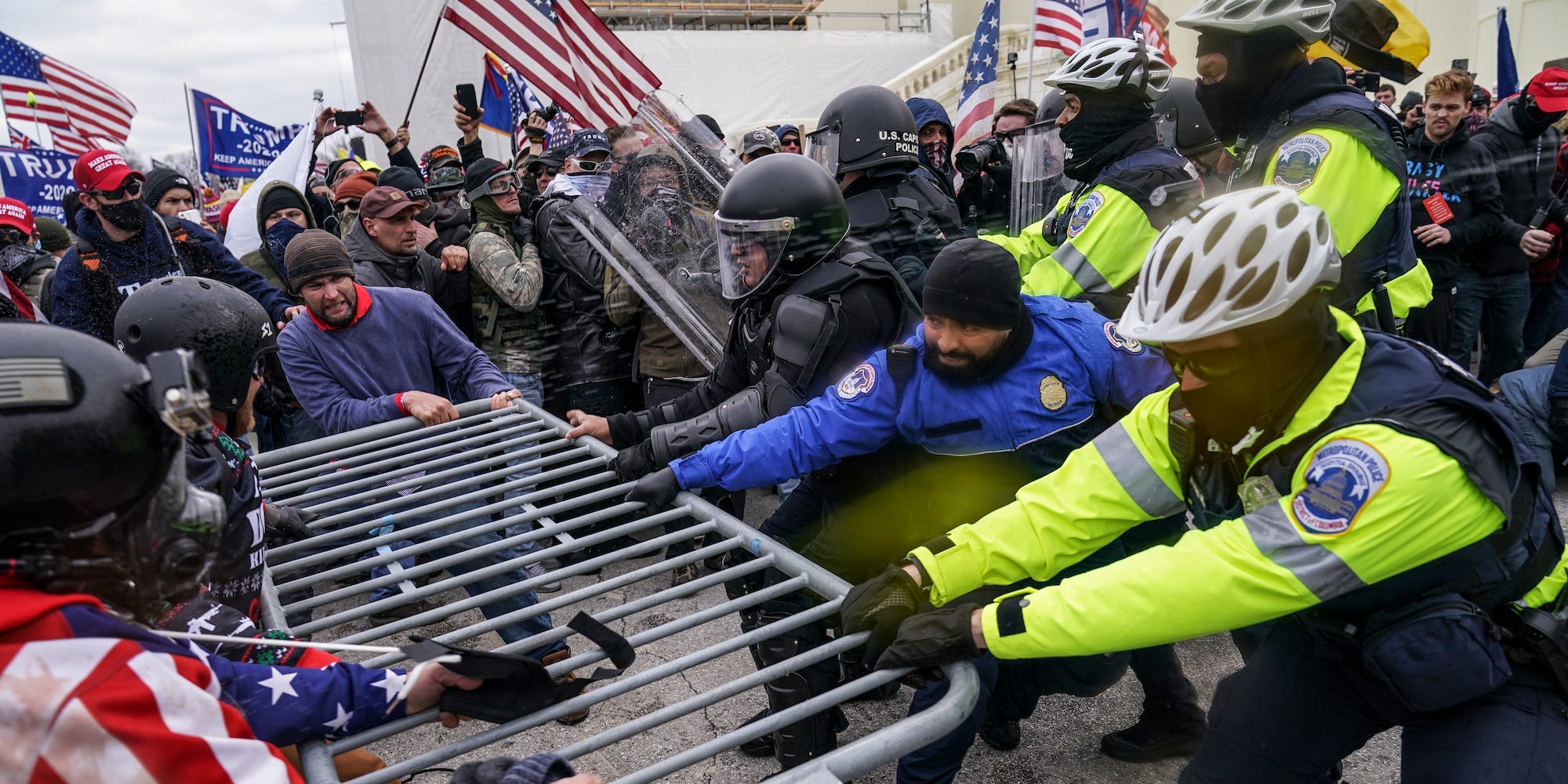 Trump supporters trying to break through a police barrier at the Capitol on January 6, 2021.

In them, they accuse Trump of aiding and abetting the attack, and also seek compensation for injuries they obtained on and as a result of January 6, Axios reported, citing the suits.

Marcus Moore, an officer at the Capitol Police, is seeking damages of more than $75,000 for the “physical and emotional injuries” he suffered on January 6, Axios reported.

The lawsuit said that Moore temporarily went deaf after flash bangs set off by rioters, and now suffers from “persistent tinnitus, a condition that causes ringing in his ears,” according to Axios.

“The weight on Officer Moore has been heavy and inescapable. He has had sleep disturbance and has difficulty discussing the traumatic events, despite having extensive therapy,” the suit said, according to CBS News.

In a joint lawsuit, the Metropolitan Police officers Bobby Tabron and DeDevine Carter also sought compensation for their injuries.

“Trump’s words and conduct leading up to and on January 6, 2021, and his ratification through silence when words and action were necessary, and his further ratification by direct praise of the rioters, as set forth herein, demonstrated a willful and wanton disregard for and a reckless indifference to Bobby Tabron and DeDevine K. Carter’s safety,” the suit says, according to CBS News.

Tabron continues to deal with insomnia and is still dealing with the repercussions of a concussion he obtained on January 6, Axios reported, citing the lawsuit.

“His thinking is slower, and his speech is slightly slurred from the concussion he suffered when the insurrectionists repeatedly struck him in the head,” the suit said, per Axios.

The lawsuits are the latest in a string of legal challenges filed against the former president by law-enforcement officers since the insurrection.

President Joe Biden is on Thursday set to speak on the one-year anniversary of the insurrection, which resulted in the deaths of five people including a police officer. Trump was meant to hold a separate press conference on the day, but called it off on Tuesday.