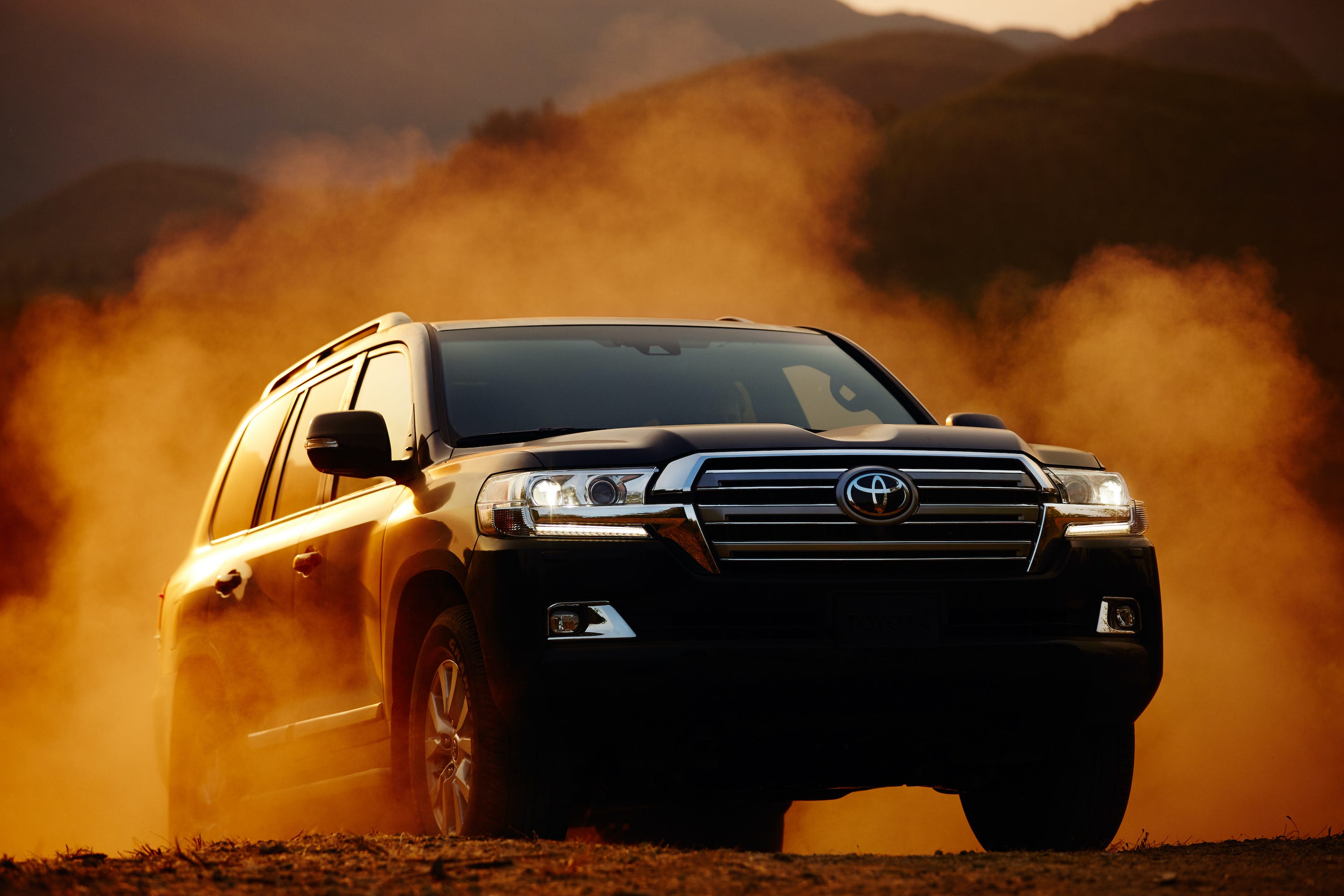 The Toyota Land Cruiser is dead for 2022. It’s the end of the road for BMW’s quirky electric hatchback, the i3. One of the early purpose-built electric vehicles, the little i3 was a pioneer when it hit streets back in 2014. But in 2021, its 153-mile range isn’t competitive and its hatchback shape isn’t popular among consumers.

BMW is getting rid of the i3 to make way for its new generation of battery-powered vehicles, including the i4 sedan and the iX SUV. The completely absurd Dodge Durango SRT Hellcat sports the same supercharged V8 engine that powers Dodge’s highest-performance muscle cars, making it the most powerful production SUV ever. According to Dodge, 710 horsepower and 645 pound-feet of torque are enough to rocket this giant to 60 mph in 3.5 seconds. The fully-electric Honda Clarity got axed in 2020. Now Honda is discontinuing the hybrid and hydrogen-fuel-cell versions as well.

Hydrogen-powered EVs are an interesting proposition, since they’re much quicker to fill up than battery-powered ones. But hydrogen fueling stations are really only available in California, and the technology has been much slower to take off than pure EVs. In a world where it feels like new EVs are announced daily, it’s a little odd to see one get canceled. But that’s what Hyundai is doing with the Ioniq Electric, and it makes sense.

The Ioniq Electric only gets 170 miles of driving range on a full battery, which isn’t much by today’s standards. Hyundai’s Kona Electric gets an EPA-estimated 258 miles of range and its upcoming Ioniq 5 SUV is rated for more than 300.

The hybrid and plug-in-hybrid Ioniq models live to see another day. As compact SUVs become the hot new thing, small cars are dropping like flies. The latest casualty is the Hyundai Veloster, a charmingly odd hatchback with three doors. The Veloster’s demise shouldn’t come as a total shock, since Hyundai’s small SUVs like the Kona and Venue are absolutely demolishing it in sales. British carmaker Lotus is known for making small, well-balanced sports cars with great handling. It’s getting rid of its only model currently sold in the US, the Evora GT, to make way for its combustion-engined successor and, eventually, a new lineup of electric cars. The gorgeous, limited-run Polestar 1 was meant to drum up buzz around Volvo’s electric spin-off brand as it was just starting out. Now the luxurious hybrid is ending production as Polestar focuses its attention on more affordable vehicles.

You can still order the $155,000 coupe online. If you have six figures to burn, it may be worth it — the Polestar 1 and the all-electric Polestar 2 were Insider’s Cars of the Year in 2020. Rolls-Royce is pivoting away from two-door vehicles, meaning the sun is setting on the Dawn convertible. If you’re dead-set on spending $360,000 on a drop-top, you’ll have to spend it on something else. Say goodbye to the Wraith, too. After decades on the market, the Land Cruiser — Toyota’s legendary off-road SUV — is leaving the US. But it looks like a new Land Cruiser or something like it will be back sooner rather than later.

In a statement confirming the fancy SUV’s end to Car and Driver, Toyota said it “will continue to explore future products that celebrate the Land Cruiser’s rich off-road history. Americans just don’t buy enough small cars for automakers to justify selling them here. That includes long-running models like the Volkswagen Golf, which has been sold in the US for four decades.

You’ll still be able to buy the sportier versions of the hatchback: the Golf GTI and Golf R. As SUVs become the family hauler of choice, station wagons are going bye bye too. Last year saw the death of the Jaguar XF Sportbrake, and now the Volvo V90 and V60 are canceled for 2022.

However, the higher-riding Cross Country versions of those wagons will be available at least a little while longer.